"The Daily Show" wasn't all politics: A look back at Jon Stewart's war against pop music 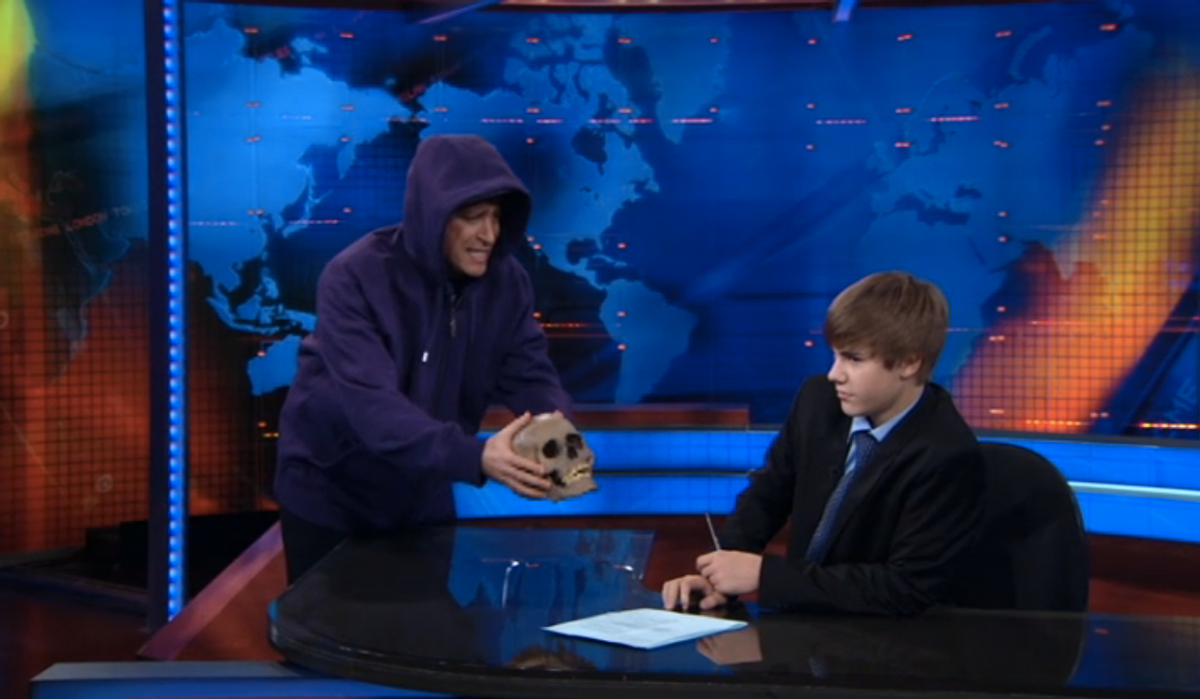 During his 16 years on "The Daily Show," Jon Stewart has made a name for himself as an "eviscerator"/"demolisher"/"slammer"/"skewer-er" (etc.) of political nonsense. But let us also not forget that his legacy has enveloped far more than that: Stewart has also offered up some biting pop music commentary through the years, inviting high-profile teen sensations and idols onto his program for candid -- and occasionally, incriminating -- conversations. As Stewart gears up for his last day on "The Daily Show" August 8, our look back:

Britney Spears had just debuted her single "Oops I Did it Again" and Jon Stewart was not impressed. "Oops I did it again: A reference to destroying popular music as we know it," he quipped.

NSYNC had just dropped their album "Celebrity" and Stewart was bursting with ironic, unintelligible excitement. Was there someone named "Tito," or no?

Stewart stepped in as Christina Aguilera's worried Jewish father and confronted her about whether or not she'd been going to "strip joints." He almost convinced her to release a Yiddish single, too. Almost.

Kelly Clarkson (2003)
Kelly Clarkson visited "The Daily Show" to plug her film "From Justin to Kelly" which she described as "a kid movie." Stewart threatened to show off some of his dance moves and was appalled to hear that there was no profanity in the movie.

A few weeks after releasing "Millennium," Jon Stewart brought music correspondent Mo Rocca to the show to spoof the "baggy trouser-wearing" band. "Where are they now?" the segment asked.

Stewart went full-"Freak Friday" on viewers in 2011 when he invited Justin Bieber to switch spots with him in hisintro segment. Finally, with the help of a "magic skull," Stewart was able to break free off his hoodie and return to his "Daily Show" seat.