Walt Disney was not an anti-Semite 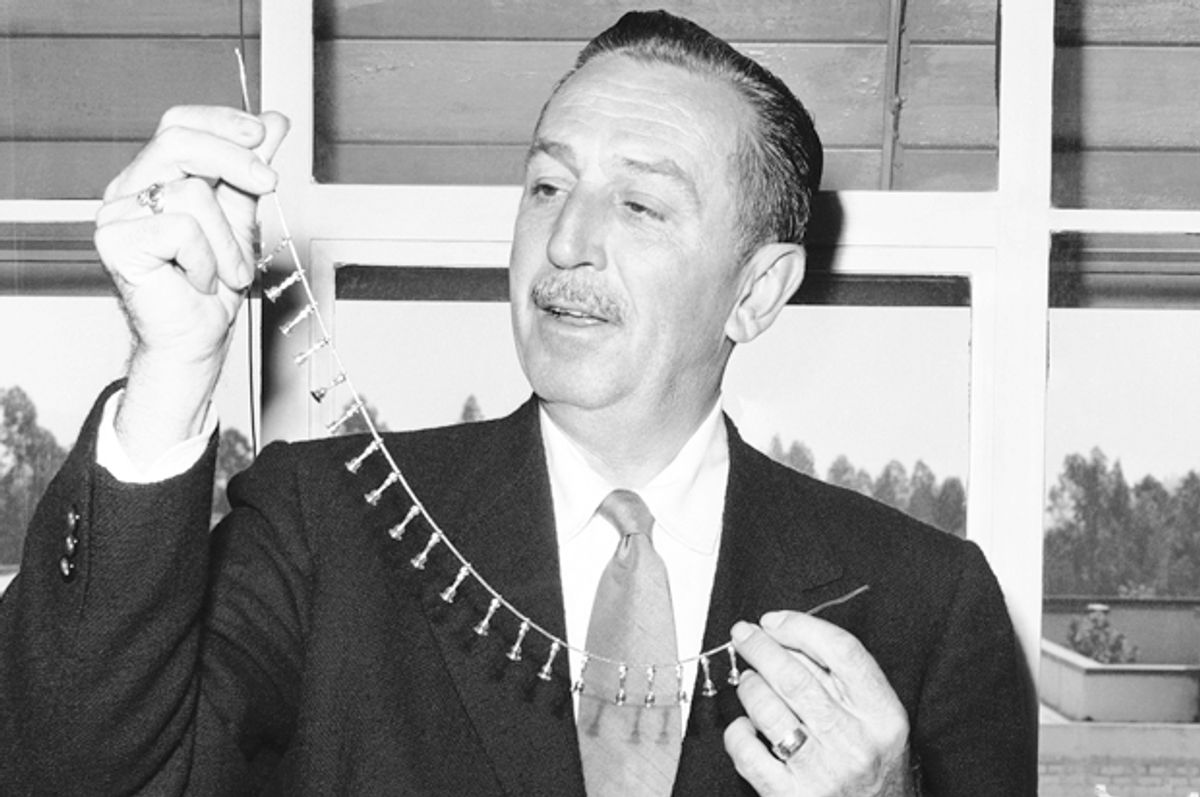 While Walt Disney’s rich creative legacy remains largely uncontested, his personal life has long been dogged by controversy. In particular, the Disney Pictures impresario is rumored to have been a virulent anti-Semite, who welcomed Leni Riefenstahl to his studios in 1938 and who propagated anti-Semitic stereotypes in his work.

However, at a TCA panel on Sunday about PBS’ four-hour Walt Disney “American Experience” documentary, a group of panelists systematically rebutted these claims. Producer and director Sarah Colt explained that while her previous film about Henry Ford paid much attention to the man's anti-Semitic views, she couldn’t find any evidence that Disney held similar attitudes. “It’s not based on any truth,” she said “so we saw no reason to bring it up in the film.”

Long-time Disney composer Richard Sherman added that it was "absolutely preposterous to call him anti-Semitic,” and said that Disney treated him and his brother Robert — who were the children of Jewish immigrants -- like sons.

“There are many charges against Walt Disney, and if you answered every one of them, you’d have a four-hour film that was nothing but rebutting charges,” said Neal Gabler, author of "Walt Disney: The Triumph of the American Imagination" and "An Empire of Their Own: How the Jews Invented Hollywood." “I saw no evidence [in my research], other than casual anti-Semitism that virtually every gentile at that time would have, that Walt Disney was an anti-Semite,” he continued, saying that the allegations may have been concocted by Disney’s political enemies.

Still, Gabler acknowledges that Disney was an imposing and frightening figure who kept himself shrouded in an aura of mystery.

“The Walt Disney studio operated like a cult and Walt was the head of the cult,” added Gabler. “Everybody at Disney was terrified of him. He was worshipped at the studio for a certain period of time.”

“People think they know him but in reality they don’t know him,” Colt added. “He was a human being with many layers of complexity.”