Watch Michael B. Jordan and Kate Mara respond to a racist and sexist interviewer like pros

Just what the Internet was missing: another offensive presser interview! 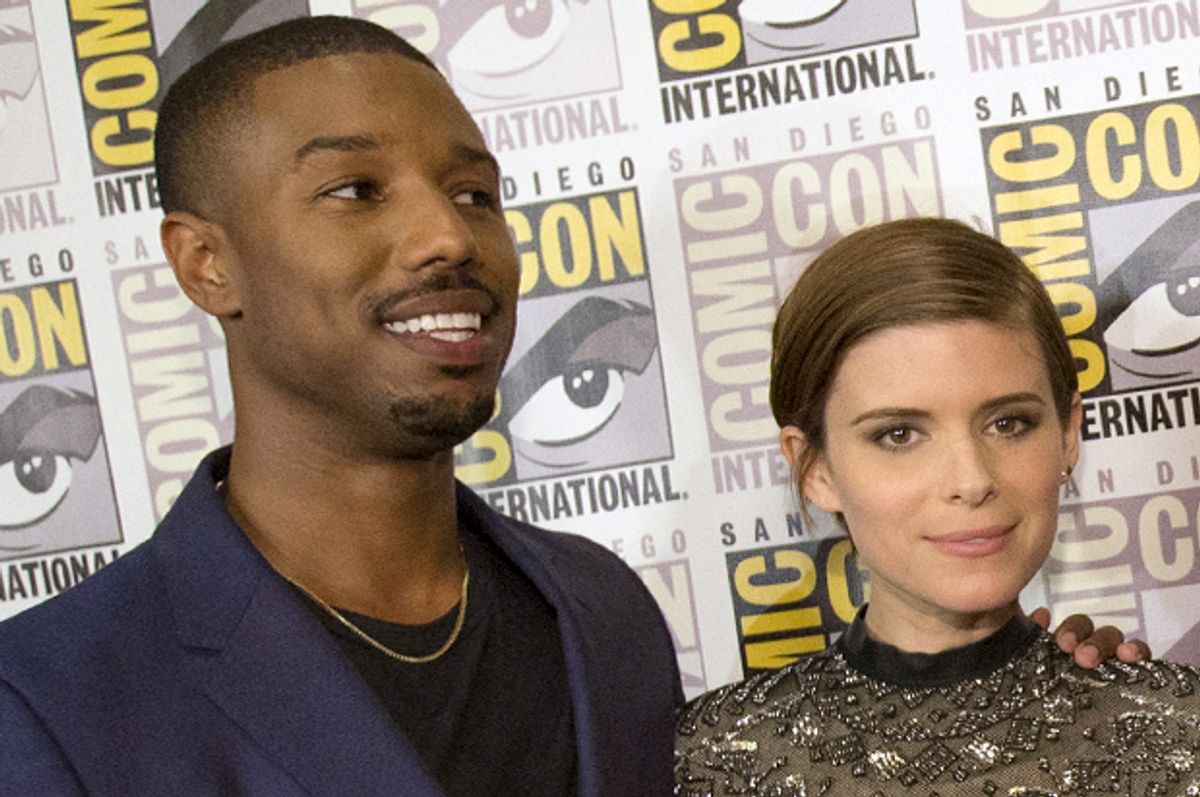 Just what the internet was missing: another offensive, cringe-worthy presser interview. The latest victims are Michael B. Jordan and Kate Mara who visited Atlanta’s Rock 100.5 Morning Show earlier this week with the intention of plugging their film "Fantastic Four," and were instead tasked with fielding a host of off-base (but "obvious," according to host Steven J. Rickman!) questions. One of which: How could the two actors of different races, conceivably, be siblings in the movie? Hmm. "But you’re white and you’re black. How does that happen?” Rickman says in one of his shining moments in the video. Jordan, who spoke to EW earlier this year about his concerns with the casting of Johnny Storm, was ready to handle the situation professionally: “They could be raised as brother and sister,” he responded. “There’s a whole bunch of family dynamics that could be without the ‘obvious adoption.’” Rickman later turned to Mara: “You’re way, way hot. Why’d you cut the hair? Your hair was beautiful.”