Trump's "the boss I have to follow around and fix all the stuff he's broken with mouth." one panelist said 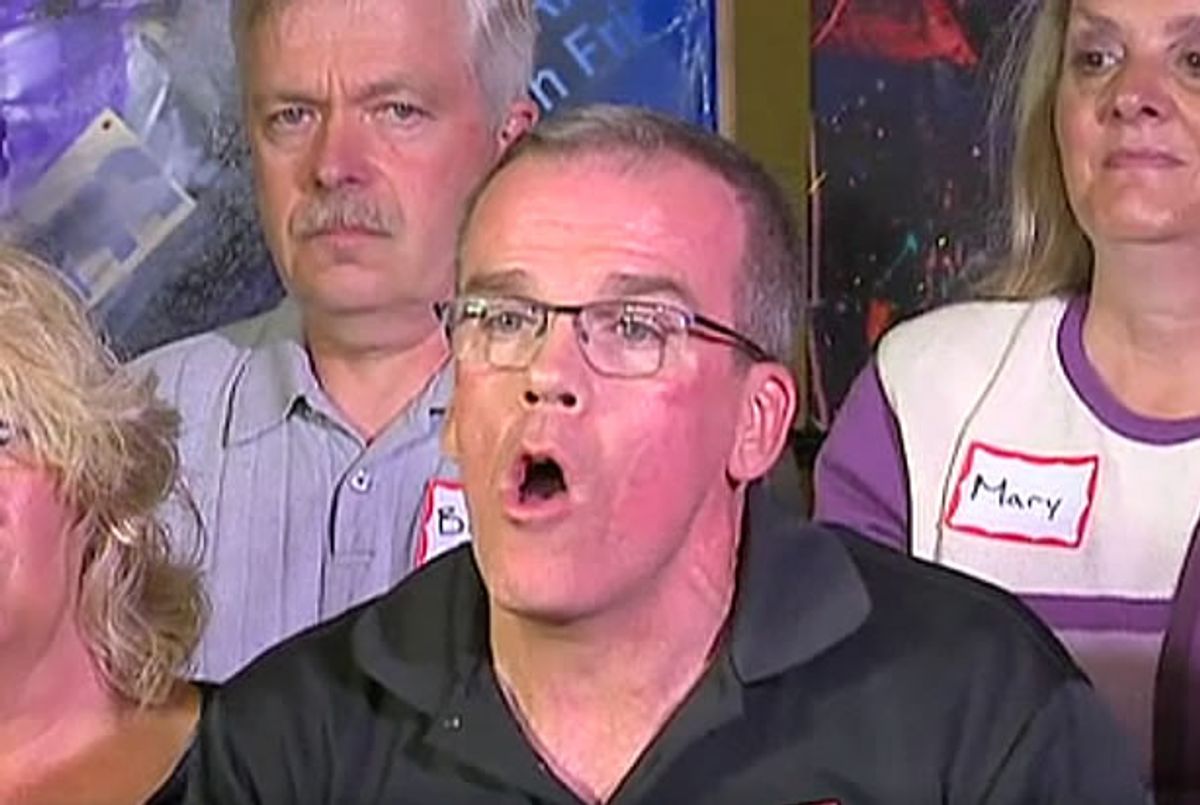 "People better stop making fun of him," one Trump-supporting panelist said, "because they made fun of Ronald Reagan, and I think Donald Trump could become the next president of the United States of America."

"He's a fraud," replied a second panelist, clearly not as enamored of the real estate tycoon as the first.

"What's a fraud?" the first panelist shot back.

"People have not done their homework on Donald Trump," the second panelist replied. "Look at his books, he's been all over the fence on issues over the years. He changes his views like he changes his underwear. Already six out of ten independents have said they will note vote for Donald Trump."

"We need a president who's going to do what the taxpayers want him to do, what the Constitution tells him to do," a third panelist said, "not what Donald wants to do."

A fourth panelist chimed in, saying that she thinks Trump "will get the jobs, but he'll also get the right people to bring the constitutionality back."

That logic didn't play well with a fifth panelist, who compared Trump "to the boss I have to follow around and fix all the stuff he's broken with mouth. It's cheap and easy when you shoot it out, but somebody has to clean it up."

Sean Hannity and pollster Frank Luntz -- who had conducted the focus group -- analyzed the results. Luntz said that "whether you love him or hate him, you're emotional about him. This is what Trump is causing all across the country, this explosion of passion."

"I love the infusion of energy. I think Republicans can learn from him," Hannity said, "how to be a little more outspoken, a little more free, and a little less guarded."