Jimmy Fallon's impression of Donald Trump is so good it hurts 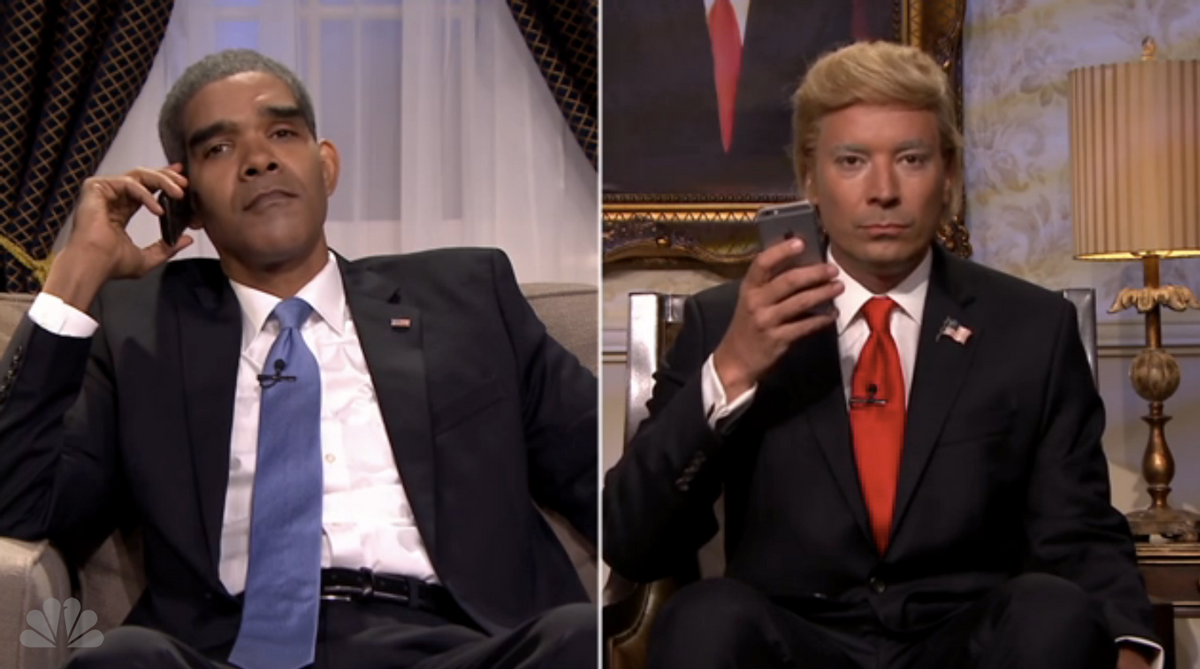 With Jon Stewart signing off at the end of the week, it's a relief to see that another late-night host is already offering to take over Trump duty.

Enter: Jimmy Fallon who, on Monday night's "Tonight Show," delivered a pretty damn convincing Donald Trump, complete with some fake tanner, a combover, an American flag pin and an affinity for the word "huuuuuge." You'll just have to look past his finger cast.

The sketch features President Obama (Dion Flynn) giving Trump some advice for his upcoming debate so that he can secure the White House in 2016. And why would Obama do such a thing? In his words: "Uhhh, because it would be hilarious?"