One top staffer ditched him for Rick Perry. It's gotten that bad. 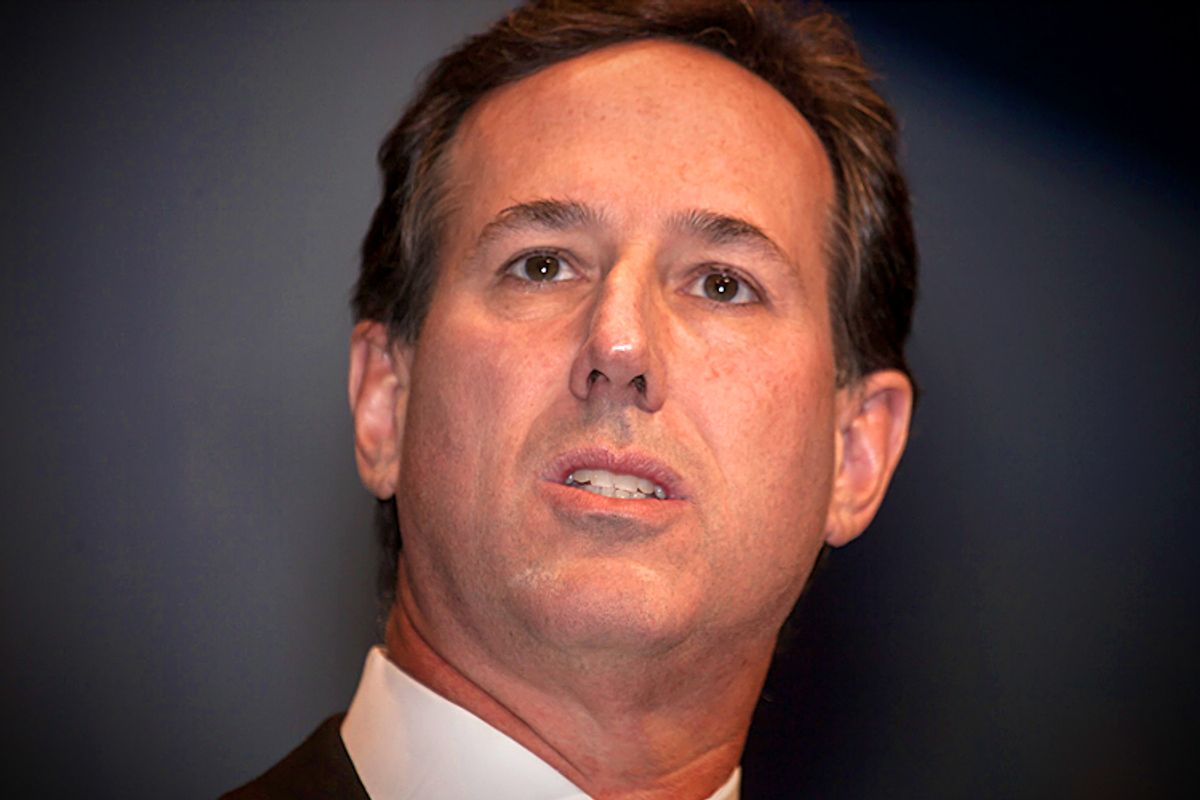 Republican presidential candidate Rick Santorum’s campaign appears to be in disarray as several top staffers have fled and his campaign coffers remain among the lowest in the field, according to a new report from Politico.

Santorum's campaign manager, state coordinator for Iowa (a state he won 4 years ago), and top digital strategist have all abandoned the campaign in the last month in order to create yet another super PAC in support of the former Pennsylvania senator. Working Again is the super PAC that was created only last month to support Santorum's 2016 bid. This latest, still unnamed, vessel for unlimited campaign cash is expected to file paperwork with the Federal Elections Commission as early as this week.

This round of top-level departures comes after a prominent Iowa activist ditched Santorum's campaign to aid former Texas Governor Rick Perry's 2016 presidential bid. Perry is currently polling at 2 percent nationally while Santorum trails at 1.4 percent, according to the Real Clear Politics average. Neither man is expected to make the main stage for Thursday's first GOP primary debate.

In 2012, Santorum won 11 states with the support of 4 million Republican voters, propelled by his come-from-behind victory in the early caucus state of Iowa. With a whole host of social conservatives competing for the ultra-conservative Iowa vote, including former Arkansas Governor Mike Huckabee (who won in Iowa in 2008), Santorum's campaign is floundering:

During the 2012 campaign cycle, Santorum raised $2.2 million ahead of the Iowa Caucuses, almost exclusively from Wyoming fund manager and controversial campaign figure, Froster Freiss, who infused Santorum's campaign with a $2.1 million donation. Santorum would eventually go on to raise $22.4 million during the entire campaign, $6.7 million of which came from Friess, according to the Center for Responsive Politics.

Santorum's mega-donor has signed back on for 2016 and hasn't abandoned him, yet, although Friess did promise to be more "low profile" this go round.

“I will find ways to support Rick financially that will be less visible,” Friess told USA TODAY last month. Friess, whose advice to women who sought to avoid unwanted pregnancies was to hold aspirin between their knees during an infamous 2012 MSNBC interview, lamented all “the visibility created” by his donations to Working Again, the pro-Santorum super PAC in 2012.

This time, Friess argued, he'd rather give his millions to a political non-profit working on behalf of Santorum that is not forced to disclose it's donors like a super PAC is required to do. Santorum and his wife founded such a group, Patriot Voices, after his failed 2012 presidential run.

This week, what's remaining of Santorum's staff (reportedly less than 25 people), mocked Democratic presidential candidate Hillary Clinton's campaign in a parody website purporting "to give voters a behind the scenes look at the Clinton campaign” via the “Not Ready for Hillary Cam.”

But Santorum is supportive of at least one woman running against him. Asked who he'd put on a new version of the $20 bill, Santorum told the crowd at last night's GOP presidential forum in New Hampshire that he'd select fellow Republican presidential candidate Carly Fiorina.