Tom Cruise's disturbing comeback: Is Scientology's most famous face getting a free pass because summer blockbusters are fun?

Good reviews of the new "Mission: Impossible" are making it easier to erase what we learned in "Going Clear" 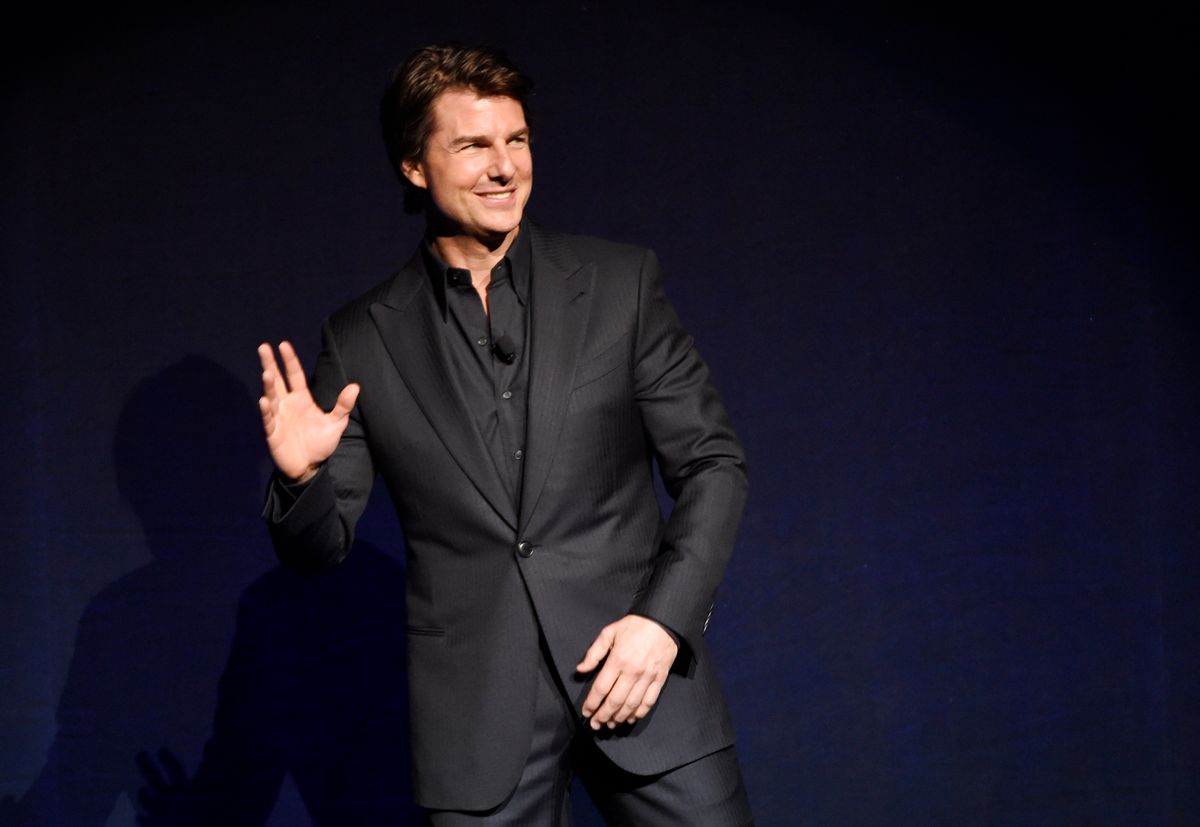 A few months ago, amid the frenzy of backlash surrounding “Going Clear,” I thought Tom Cruise was finally on the outs for good. After years of increasingly damning stories in the press — from jumping on Oprah’s couch like a crazed maniac to the bizarre Katie Holmes divorce saga — “Going Clear” spelled out, in no uncertain terms, Cruise’s pivotal involvement in an organization that continues to perpetuate abominable human rights abuses unchecked. “Going Clear” made clear that Cruise was not just a quirky religious kook, but an essential figurehead whose stature in Hollywood helps keep the “Church” of Scientology alive.

As "Going Clear" author Lawrence Wright put it in an interview with Salon, "The reason I single out Tom Cruise and other celebrities is that they have a moral responsibility to demand change inside their church — which is committing abuses and they know about it, it’s not a secret. But they’re the ones who have been selling Scientology and are responsible for people coming into the church. Some of those people have been harmed and I think it’s on them to demand change.”

As almost every respected media organization praised "Going Clear" and ran similar soundbites from Wright and director Alex Gibney, I was convinced that even Tom Cruise — invincible though he is when confronted by fiery plane crashes or high speed car chases — would not be able to claw his way back onto the rebound train.

And then “Mission Impossible -- Rogue Nation" came out. And guys -- it was sick! Fans loved it. Critics deemed it a masterpiece and a return to form. And all of a sudden, Cruise was back in the media’s good graces.

In the New Yorker, Ian Crouch proclaims that “Tom Cruise, risen from the depths of his public-relations disasters of the last decade, seems to be back in full cultural favor.” Crouch, too, pays lip-service to Cruise’s involvement in Scientology, but sees it as just one side of the coin. "The bad kind of crazy, the kind that made him, for a short stretch, untouchable and unloved by many, was the kind that found him jumping on couches or laughing maniacally in interviews or leaning close to Matt Lauer and trying to stare him to death while warning about the dangers of psychiatry and antidepressants. The good kind of crazy, meanwhile, is the impulse that leads him to insist upon strapping himself to the outside of a giant airplane, because he knows that audiences will be just that more thrilled upon knowing that it is really him out there being buffeted in the breeze. Both are expressions of an almost oppressive sincerity, and of a rare faith in his own transcendent capacity to convince, to convert, and to entertain."

And in a piece titled "Tom Cruise Is Officially Back. Now What?” Vanity Fair’s Katey Rich writes, "Yes, his involvement with Scientology is complicated. Yes, he sometimes seems like a robot built out of box-office receipts and manifest destiny. Yes, watching those early press appearances with Katie Holmes is still cringe-inducing. But, dammit, he’s a great movie star, and we don’t have many of those left."

Of course, the way we choose to respond to Tom Cruise is part of the broader, oft-discussed issue of how we choose to separate artistic work from those who make it. Depending on where you stand on that debate philosophically, it’s reasonable to argue that we can appreciate Tom Cruise’s movies while not necessarily liking the man himself or the causes that he champions. And yet it’s frustrating how the narrative around “Going Clear” and the atrocities of Scientology — which yielded such unanimous outrage from the mediaverse a mere few months ago — becomes completely submerged when someone puts out a movie that we really want to like, transformed overnight into something that can be dismissed in a quick parenthetical or sentence-long caveat.

"It’s Time to Start Liking Tom Cruise Again,” Ebiri (or whoever wrote that delightfully clickable headline) implores. But wait a second — what about everything I’ve learned and read over the past few months that has made me viscerally detest Tom Cruise and everything he stands for? Admittedly, Ebiri’s argument is more nuanced that the headline suggests, but when we’re considering how an individual is perceived by the culture, there’s usually little room for shades of gray. We're either cool with someone, or we aren’t. Right now, I have no doubt that the pendulum is swinging back in Cruise’s favor, and that troubles me. I have serious difficulty with the notion that viewers should be able to box up all the horrible things we know about Cruise’s offscreen life when the guy puts out a really fun movie, especially when we only seem to be asked to perform this sort of miraculous feat of mental gymnastics and cognitive dissonance when a cultural figure is problematic in the way Cruise is.

Indeed, when it comes to celebrities we love — say, our fictional Hollywood BFFs like Chris Pratt and Jennifer Lawrence — we aren’t asked to try and separate the individuals from the work they produce; rather, celebrity and artistry are intertwined, and both are equally important parts of the package Hollywood sells. Only when individual celebrities turn toxic do critics implore us to forget the personas Hollywood has spent years selling us and pay attention only to what we see on screen. There is a concerted effort here to do that with Cruise, because he can be good for business, and it's easier to sweep his creepy personal life/associations under the rug than it is with someone who puts out less fun, likable, bankable films (sorry, Mel Gibson).

I guess it’s the all-or-nothing tone of these pieces that frustrates me: The notion that Tom Cruise is “officially back,” that he is back in “full cultural favor,” that “maybe we’re all ready to like Tom Cruise again.” Why must all appraisals of cultural worth be narrated like the judging portion of "Project Runway," where, as Heidi Klum always reminds contestants, “you’re either in, or you’re out”? A few months ago, Cruise was OUT: a pariah, a punchline. Now, because he’s made a movie we like (guys, the stunts were so legit!), he is back IN, and we, the captive audience, are supposed to be all in with him. But why can’t we hold two different thoughts in our head at once about Tom Cruise? Why can’t we enjoy his movie while still disdaining him and everything he stands for (and indeed, ignoring his publicists’ demands and delivering hardball interview questions whenever we have the chance?) Tell me that Tom Cruise has made a good movie, that’s fine. Tell me I should appreciate his artistry and respect his lengthy career, that’s fine too. But just don’t ask me to start liking the guy again. We've come too far for that.