Watch: Amy Schumer tells Jon Stewart she got kicked off of Martha's Vineyard and calls theater shooting a "bummer"

Stewart talked "Trainwreck" with the comedian/actress on the "Daily Show." 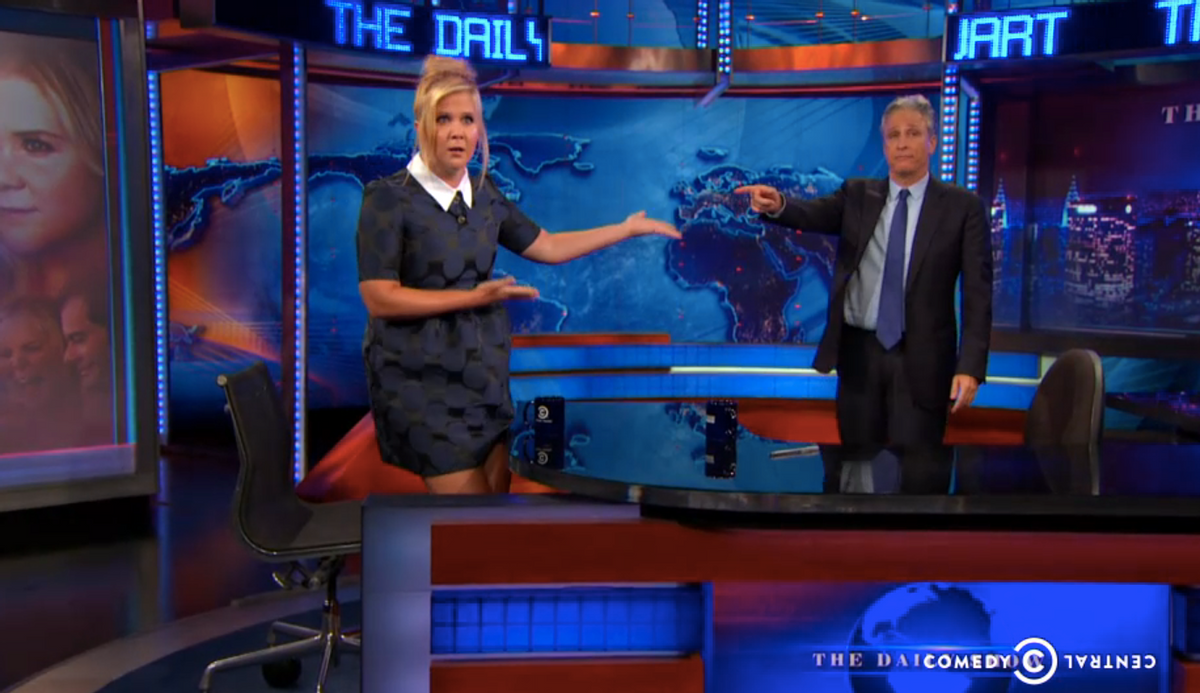 The final week of the "Daily Show" kicked off with guest Amy Schumer who joked with host Jon Stewart about hanging with Jennifer Lawrence in the Hamptons, getting kicked off of Martha's Vineyard and her new film "Trainwreck."

Stewart is signing off as host of the show after a nearly two-decade run and Salon will be highlighting some of his classic moments along with mashups of this week’s final interviews with Louis C.K. and Denis Leary.

Guests for the final Aug. 6 episode have not been officially announced but we're hoping for one of these 10 villians.