Donald Trump is starting to get belligerent: Promises to "hurt anybody" who attacks him at GOP debate 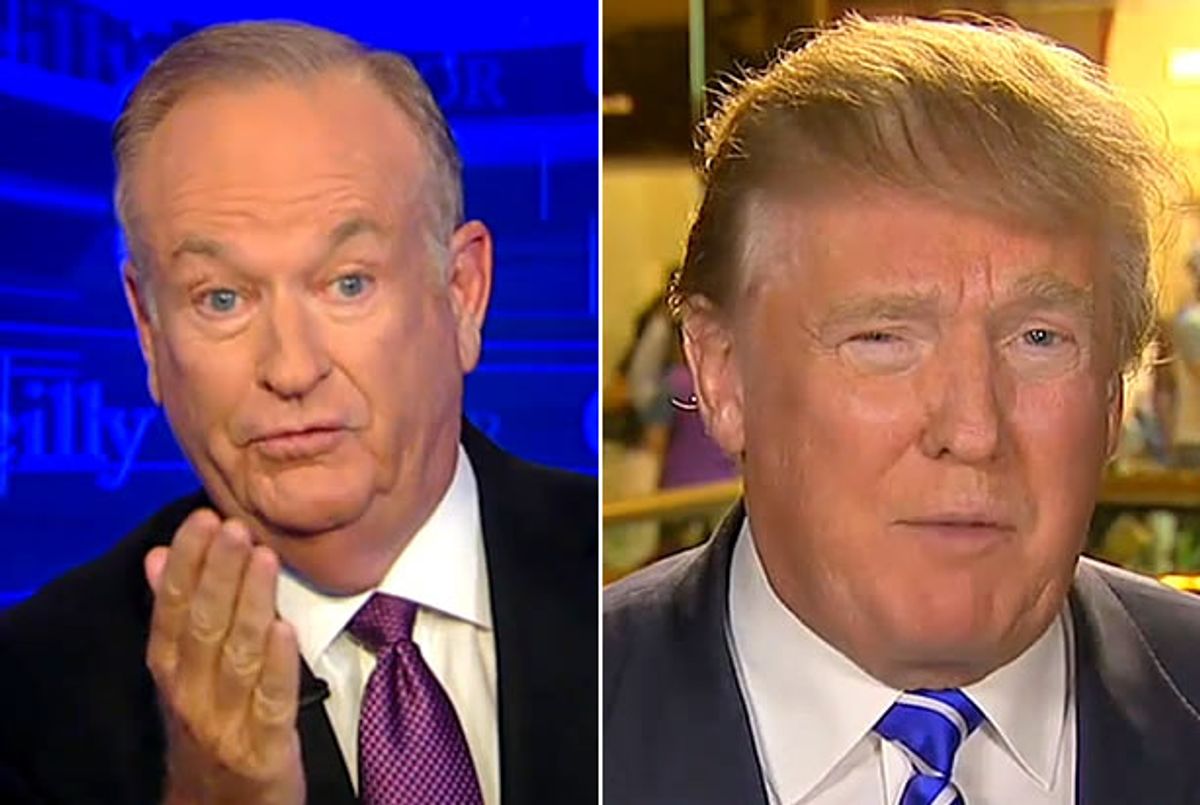 On "The O'Reilly Factor" Tuesday evening, GOP front-runner Donald Trump spoke to the Fox News host about the upcoming Republican presidential debate, and promised that he would be on his best behavior, specifically addressing the questions asked of him and not attacking his colleagues -- unless he perceives them attacking him, in which case, he'll start discussing their "deficiencies."

O'Reilly began by reminding Trump that he would need to provide specific plans at the debate, something the real estate tycoon was unable to do during the pair's June interview. At that time, Trump would only say that he has a plan for "winning" in the Middle East that involved "taking back the oil" and "bombing the hell out of them." Such answers, O'Reilly said, wouldn't suffice on Thursday.

"You know, the Great Wall of China, built a long time ago, is 13,000 miles long," Trump replied, ostensibly specifically. "That's big stuff -- we're talking about peanuts by comparison. Mexico will pay for the wall, and I'll make sure it gets done properly."

O'Reilly objected that that wasn't quite specific enough, to which Trump replied that Mexico "is making a fortune in the United States, it's becoming the new China in terms of trade. They're killing us at the border. I've had hundreds, thousands of Mexicans work for me in the past. They're terrific people [with] really smart leadership."

"You've said that before," O'Reilly replied. "But you're still not telling me how they're going to pay for the wall."

As for how he would interact with his fellow candidates, Trump said that he wouldn't be the first to swing, but would damn well be the last man standing. "I have certain abilities that they do not have," he said.