The long-time "Daily Show" commentator reflects on his boss' legacy 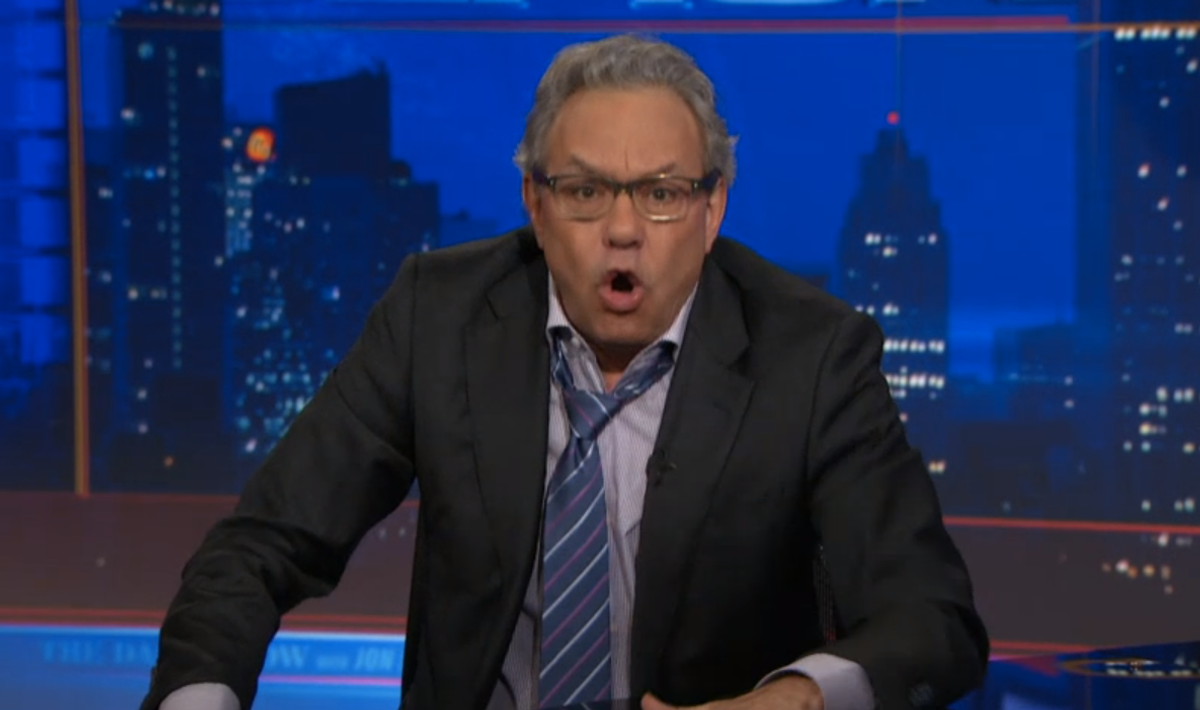 As Jon Stewart’s departure from “The Daily Show” approaches, many of his former correspondents have been sharing testimonials of their time on the show and expressing admiration for their past or former boss.

In an interview with Entertainment Weekly, regular “TDS” commentator Lewis Black shared some glowing words about his boss, comparing Stewart to an iconic newsman of yore.

"Weirdly enough, he was, on a certain level, the Walter Cronkite of his generation,” said Black, when asked to described Stewart’s impact in the spheres of comedy and politics. "He was the trusted source. People trusted what came out of his mouth. What made Cronkite that and what makes Jon that is a certain kind of honesty that is related through that medium, and the one thing I learned from television is it doesn’t lie. If you see somebody on TV and they look like they’re fucking nuts, they’re fucking nuts. And if they really appear to be honest then they’re honest. I mean, Clinton said he didn’t get a b—job and you knew he got a b—job.”

Black also reflected on some of his favorite memories of Stewart, which mostly involve those moments when Stewart sheds his cool facade and gets riled up about something. "I always knew I couldn’t sit in that chair with some of the people he had to sit with. I mean, I just couldn’t do it without really losing my mind and not being able to think,” explained Black. "But his ability to do that was really kind of exceptional. I just remember when he snapped at Tucker Carlson, when he just kind of let it rip, and then Judith Miller, as well. With Judith Miller, I happened to be around that whole day and just watching [Stewart] rev up for that interview was really something because I’d never seen him get that caught up in an interview. I was impressed because I found the whole concept of what she was doing offensive. I was really impressed that he went further than he normally would, you know? He didn’t treat it as a normal interview.”

Read the rest of the interview, including Black's recollection of meeting Stewart when the pair were young stand-ups working the comedy club circuit, over at EW.