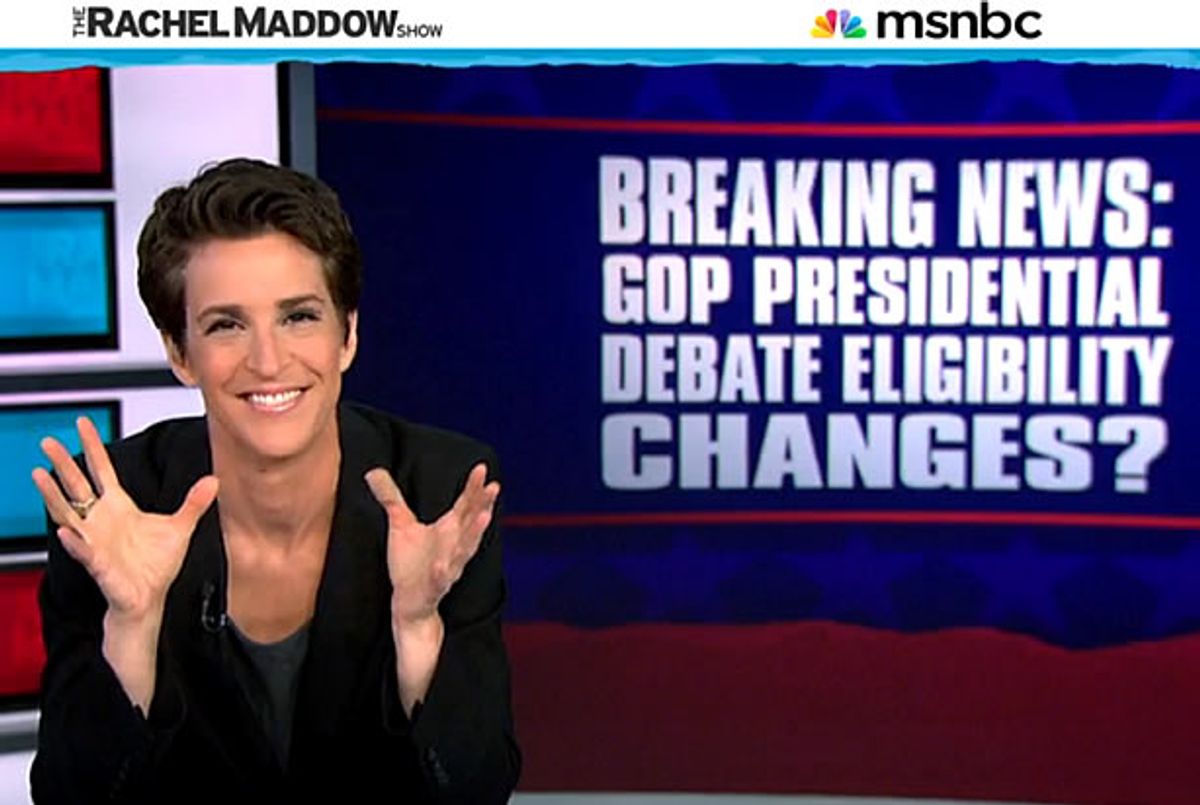 On Tuesday's edition of "The Rachel Maddow Show," the MSNBC host discussed the ways in which Fox News violated its own rules about the selection process for the first GOP presidential debate in order to ensure that Ohio Governor John Kasich participated.

That the debate will be held in Cleveland had no bearing on why Kasich was preferred over former Texas Governor Rick Perry, a Fox News spokesperson said. The reason the network excluded a more recent NBC News/Wall Street Journal poll (July 26-30) and used an older Quinnipiac University survey (July 23-28) was "because [the NBC News/Wall Street Journal poll] did not meet our criterion that the poll read the names of each Republican candidate in the vote question."

Maddow questioned that explanation, arguing that "that decision had the effect of making John Kasich look like he is way more clearly ahead of Rick Perry than he would look otherwise."

The decision did not have an impact on which 10 candidates qualified -- but it did create the impression that more of a gap between the 10th and 11th place finishers existed, making it appear as if Fox News didn't have a deliberate hand in the creation of the debate roster.

"They violated their own previously-announced criteria of what polls they use,” Maddow said. “They moved the goal posts in the middle of the game in a way that makes it look like they were trying to justify the lineup of who they wanted on stage."

"This is nuts," she continued. "I can’t believe they did this. I get that Fox News only wants to have 10 candidates on the stage. They know, and everybody knows, that arbitrarily setting this 10-candidate cutoff when you’ve got 17 people running is gonna have politically-fatal consequences for if not all, at least most of the candidates who make that top 10."