Dry your eyes, America: We should be glad Jon Stewart is leaving "The Daily Show"

Stewart's "Daily Show" changed the TV landscape in amazing ways. But it has also been stagnating for years 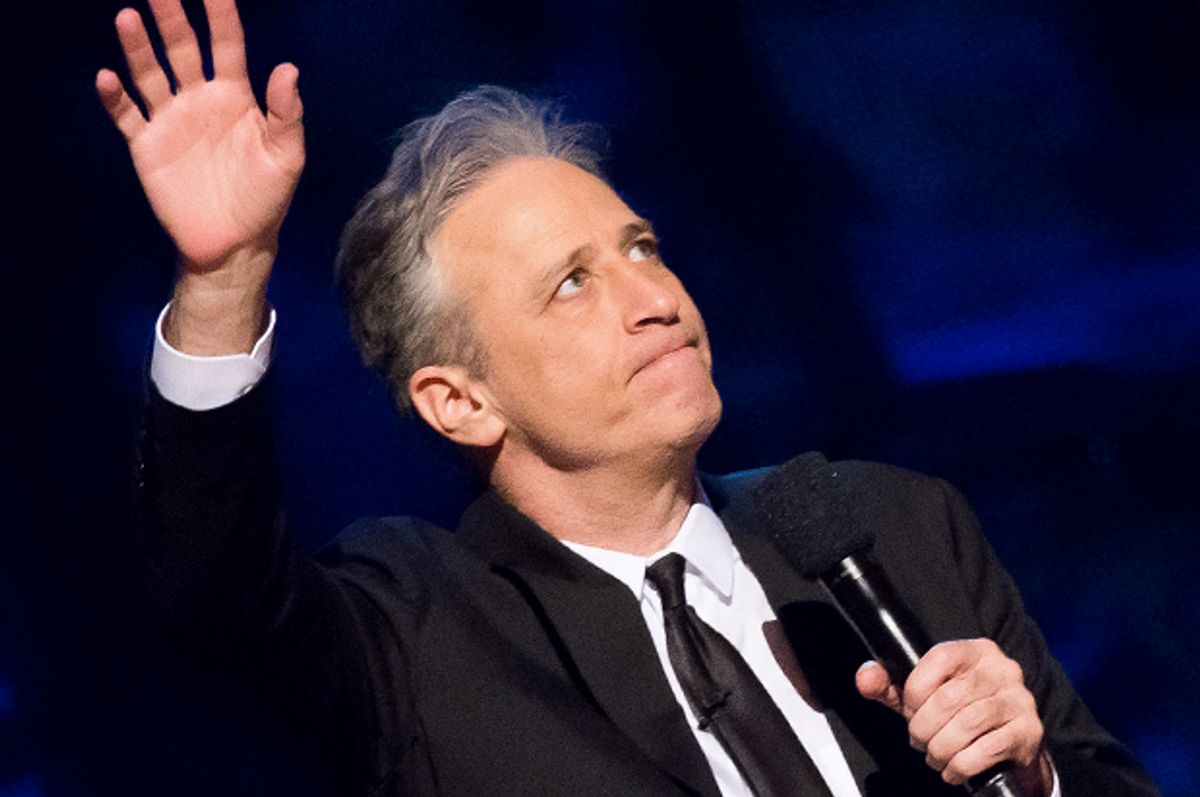 There's no easy way to say this, so I'll just come right out with it. I'm not sad Jon Stewart is leaving "The Daily Show." I think he's right to leave.

Before any mobs descend upon me, let me stress (oh how I will stress it!): I agree with everyone about how dazzling and innovative and necessary Stewart has been over the years. He has more than earned his place in the cultural Hall of Fame. Among other things, he is one of the greatest media critics of all time.

But everything has a shelf life, and it's been clear for some time that Stewart's version of "The Daily Show" was running out of gas. If you were looking for a perfect symbol of this, you could do worse than read what his successor, Trevor Noah, had to say to a bunch of TV critics last week.

Noah told them he would be making some big changes in the show's focus when he takes over in September—especially when it comes to a certain cable news channel:

"'The Daily Show' was based on an emerging 24 hour news cycle. That’s everything it was. That’s what inspired 'The Daily Show.' Now you look at news and it’s changed. It’s no longer predicated around 24 hour news. There are so many different choices. Half of it is online now...the biggest challenge...is how are we going to bring all of that together looking at it from a bigger lens as opposed to just going after one source—which was historically Fox News."

Amen to that. Back when Stewart was just attaining his iconic status, his searing attacks on Fox News were undeniably thrilling, a heady combination of catharsis and confirmation. Here was someone who not only proved that it was the world and not you that was crazy, but who deconstructed that insanity with breathtaking precision. That, and he was incredibly funny.

At a certain point, any spontaneity was replaced by a sense of grinding inevitability. Stewart had hit all of the notes that could possibly be hit, and it would be wrong to expect him to come up with new ones. He worked a certain style to near-perfection, and that's enough.

Stewart himself has been commendably self-aware about his situation. Speaking to the Guardian in April, he dismissed the calls for him to stick around for the 2016 presidential elections, saying, "I’d covered an election four times, and it didn’t appear that there was going to be anything wildly different about this one." Precisely. Stewart has been restless for years, straining to expand his horizons. (You could arguably hearken back to his rather cringeworthy and milquetoast rally in 2010 as the turning point.) There was always going to be a time when he found that the fun had irretrievably gone.

Back to Noah for a second: he wasn't just incisive about the topics that any new "Daily Show" should move away from. He was also spot-on about the ways it needs to evolve. Over the years, Stewart grew and grew in stature, but the basic structure of his show has remained essentially unchanged. "The Daily Show" is a parody of an evening newscast in an age when the evening news is little more than a zombie surviving on inertia. The questions it has to answer are the same ones that all legacy media needs to answer: how should it look in an age where the news has already been picked apart in every possible way before anyone can even catch a breath?

Looking back, it's clear that the force of Stewart's brilliance allowed "The Daily Show" to avoid having to deal with these things long after most of his peers were grappling with them. But there has been a tremendous amount of innovation happening all around him—often led by talent that he himself has fostered.

Stephen Colbert, for instance, turned "The Colbert Report" into a weird and wonderful alternative universe, using his genius as an entertainer and his connection with his audience to explode the 22-minute confines of his show and take it to completely unexpected places. More recently, John Oliver has almost bypassed the news cycle entirely on "Last Week Tonight," choosing instead to educate his viewers about a host of vital-but-undercovered issues. His latest show featured a 17-minute segment on D.C. statehood. It's the kind of thing you could never imagine Jon Stewart doing, and it's exciting to think about how Noah will respond to this changed landscape. Let's not dismiss the fact that a black South African will bring things to the table that Stewart never could.

All of the preceding paragraphs may make it seem like I won't miss Jon Stewart after he signs off on Thursday. Of course I will. But it's time to move on, thank him for what he's done and let him go. Bring on the next thing.