Megyn Kelly wanted all the candidates to answer the God question, but abandoned the plan after 4 terrible ones 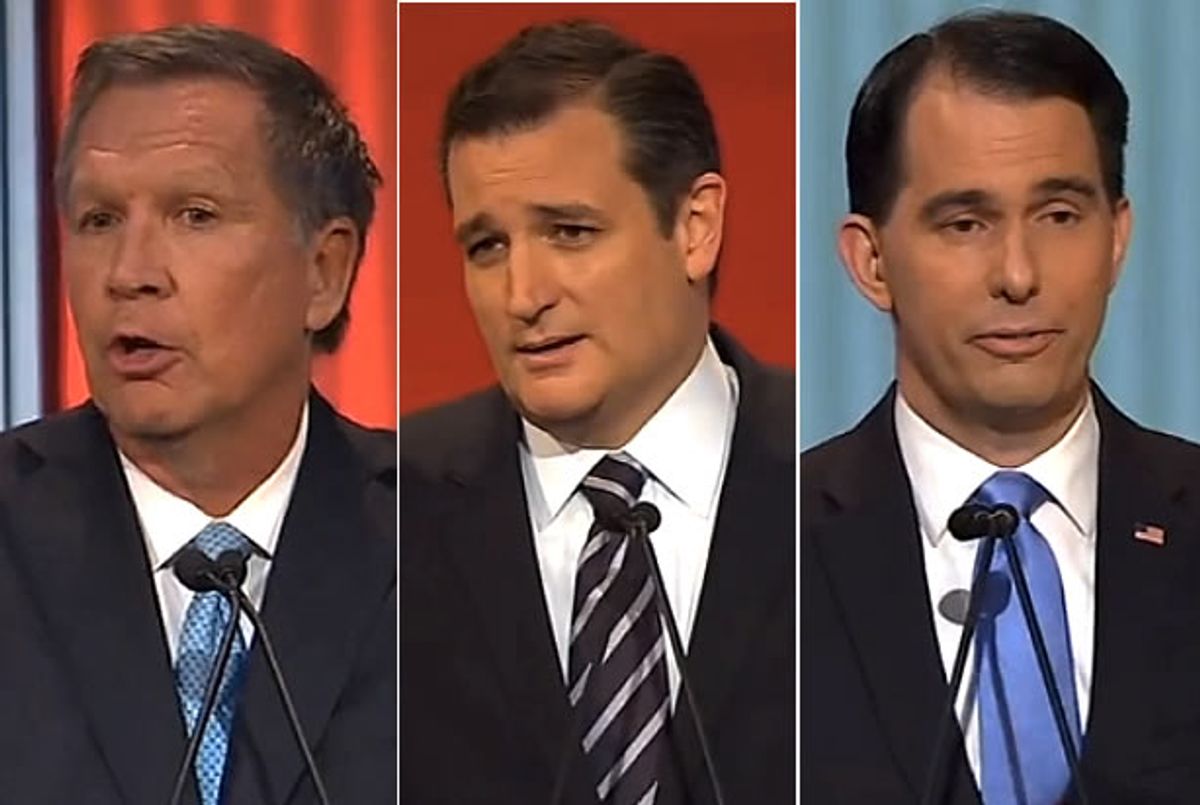 The first GOP presidential debate ended on a distinctly odd note thanks to a Facebook question from Chase A. Norton, who wanted to know "if any of [the candidates] have received a word from God on what they should do and take care of first."

Ted Cruz and John Kasich used the question as an opportunity to speak generally about their campaign goals, with Cruz talking about the need for a "complete conservative" candidate, while Kasich said that God wants America to lead and succeed.

Scott Walker said that his faith was evident in the way he "decently" handled the hundreds of thousands of people who have protested his policies, when he could have "lashed out" or "struck back."

Megyn Kelly threw Marco Rubio a curveball, however, asking him to speak about both God and the veterans. Rubio replied with a prepared joke, saying "first of all, God's blessed the Republican party with all of these qualified candidates, while the Democrats can't even find one." He continued by noting that "God has blessed our country, and we have honored that blessing, and that's why God has continued to bless us."

Before moving on to the candidates' final statements, Megyn Kelly asked Ben Carson a quick question about race -- an issue that many people, although not many Republicans, consider important -- which he quickly dismissed.