Louis C.K. gives Jon Stewart a heartwarming send-off: "One of the greatest comedy achievements of all time" 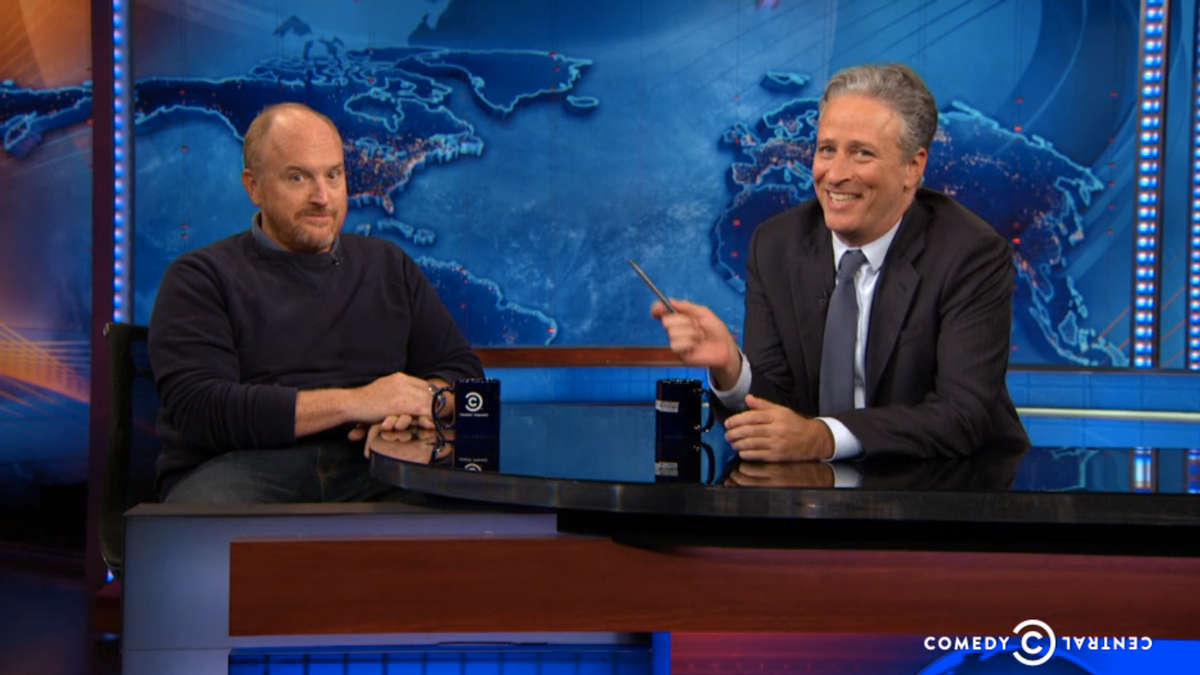 Louis C.K. became the last guest/"dude" ever on the Jon Stewart-hosted "Daily Show" Wednesday night. Speaking on behalf of "comedy," C.K. thanked Stewart for delivering 16 years of  exceptional entertainment ("one of the greatest comedy achievements of all time") and also took a minute to reminisce on the good days when the "Daily Show" host was just a "little Jew" doing stand-up at the Comedy Cellar (where the two recently returned for a surprise set). Unlike Denis Leary, who appeared on the program the day before to wonder aloud "what the fuck is wrong with you?" re: his retirement, C.K. reassured Stewart that he had made the right decision. "The most reliable way to take a good thing and make it go bad is to hold onto it too long," he said.

Watch the extended interview courtesy of Comedy Central below: