"Was it deliberate on the part of the Hillary campaign or does Bill just do what he wants? " 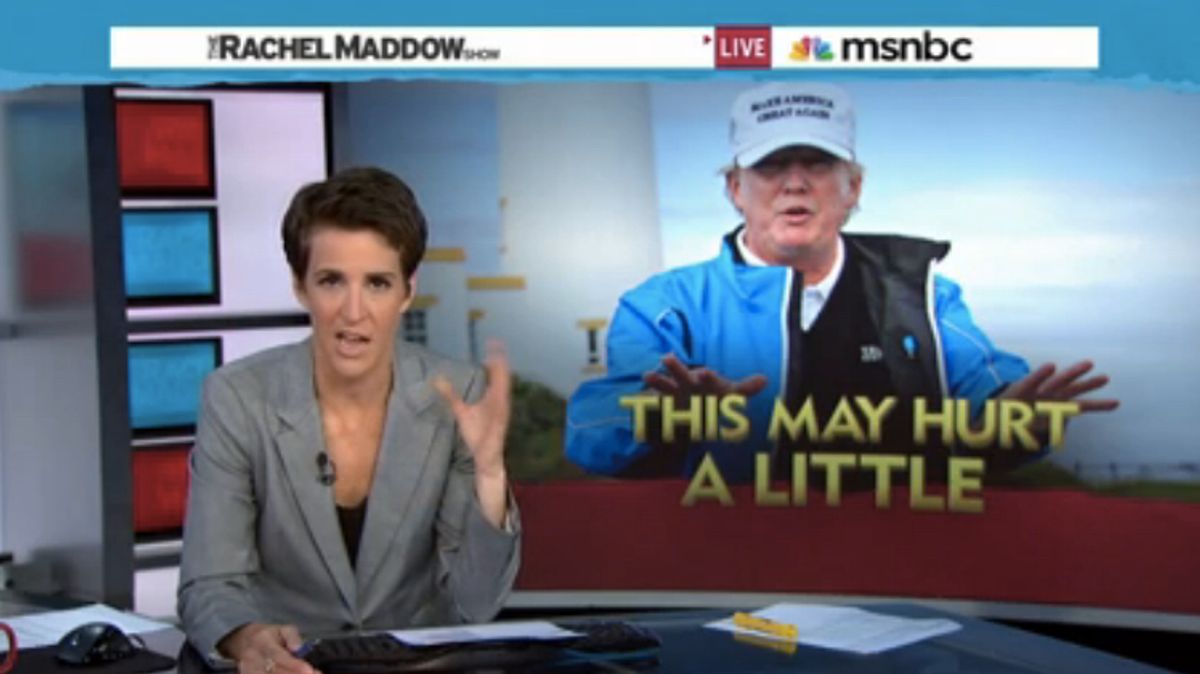 On the eve of tonight's first GOP primary debate, The Washington Post dropped a bombshell report that former President Bill Clinton spoke on the phone with Donald Trump right before he finally made good on his threats and entered the race for the White House.

According to the Post, Clinton was "encouraging during the conversation," and while "Clinton never urged Trump to run," he "listened intently and then analyzed Trump’s prospects and his desire to rouse the GOP base."

On her show last night, Rachel Maddow examined how this revelation would impact tonight's Republican debate and spoke with MSNBC political reporter Alex Seitz-Wald, who explained that although the campaign of Hillary Clinton has so far declined to engage with the news, Trump's Republican opponents are likely to pounce on the latest development in a longstanding Trump-Clinton relationship:

I would not be surprised if you see a Republican opponent of Trump using this against him, starting with the question, why were they even on the phone with Bill Clinton to begin with? You can't picture Ted Cruz or Scott Walker shooting the breeze with Bill Clinton. And here you have, you know, you have the coach of your arch rival team coming and offering you advice on your starting lineup, you probably don't take the advice, because in politics and sports and anything, you'd love to be able to pick your opponent, but generally, the other team, the team you`re on, you don't want to let the others guys pick your opponent.

So, all of this just opens up a huge Pandora box for Donald Trump, which is his long relationship with the Clintons. He's donated over $100,000 to the Clinton Foundation. He's donated to Hillary Clinton`s Senate and presidential campaigns.

So, do Republicans really want to make this guy the ones to go up against Hillary Clinton?

Watch the conversation, courtesy of MSNBC: