As Stewart prepares to sign off, the Fox CEO is finally responding to 16 years of blistering takedowns 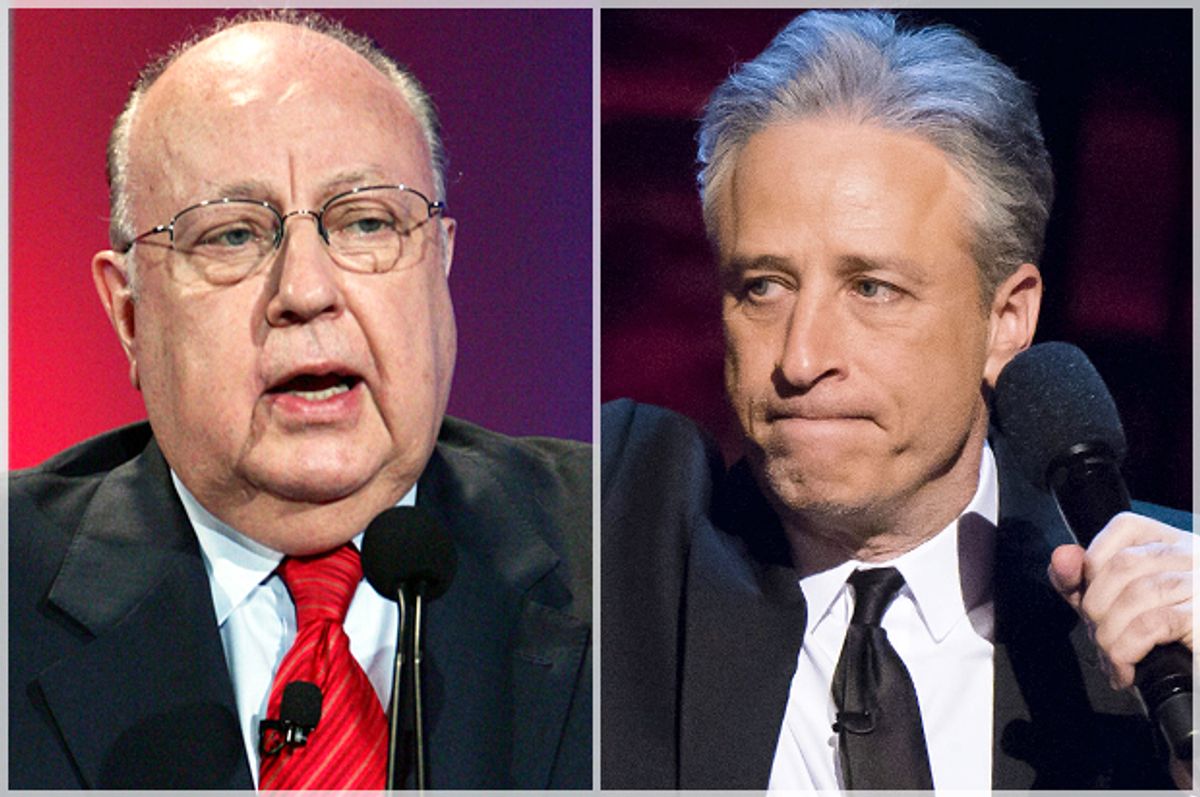 Apart from Arby's, there's no one that's felt the heat of Jon Stewart's blistering takedowns on the "Daily Show" over his 16-plus years more than Fox News.

In one segment riffing off of Ingmar Bergman's The Seventh Seal, Stewart even went so far as to compare the network's chairman and CEO, Roger Ailes, to Death.

That makes it all the more difficult to believe that it's taken this long for Ailes to respond to the departing host's war on the conservative news network.

Speaking with Hollywood Reporter this week, Ailes said that the network “never took [Stewart's takedowns] seriously and he never made a dent in us.”

This doesn't seem particularly consistent with a recent interview in which the network's second-highest rated host Megyn Kelly confessed to crying over an 11-minute clip of Stewart's. But we'll let that one slide. It's in the past.

Ailes lobbed a bunch of back-handed compliments Stewart's way, too. The CEO  referred to Stewart as a "good father" and "brilliant" and then, in the same breath, slammed his entire world view.

“He’s feeling unrewarded because Fox News beats him on the amount of money we make, on ratings and on popularity,” Ailes said. “I’m sure it’s very depressing when he sits home at night and worries about it. We never did.”

He continued: "He has a bitter view of the world, and you see it embodied in how he’s reacting to Fox News."

Easily the funniest part of the interview: Ailes is convinced Stewart hating on him is just an act (and that he doesn't actually think of him as a stand-in for the Grim Reaper).

"You can’t say that many negative things about people unless you’re really unhappy about something," he said. "I actually think he doesn’t dislike me. We met once or twice. I talked to him for an hour once in my office. I think he’s really smart and he’s got a great future."