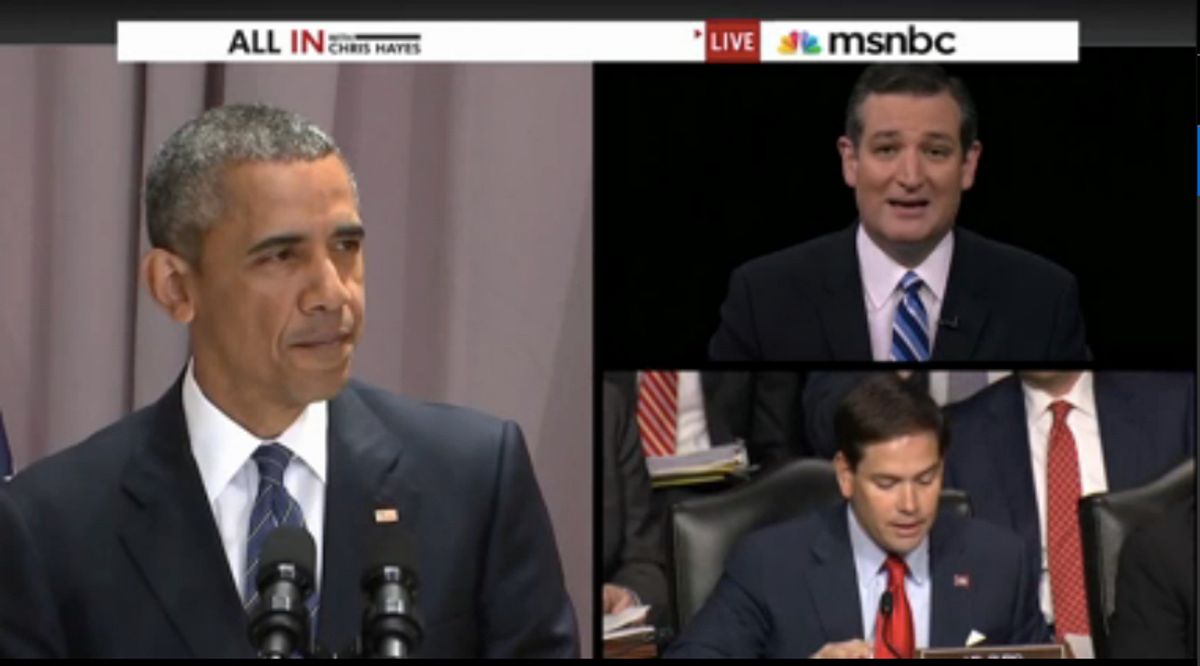 President Obama went point by point to disprove his critics on the Iran deal in a speech at Washington D.C.'s American University yesterday, the same location as JFK's famous speech announcing a nuclear test ban agreement with the Soviet Union.

On last night's edition of MSNBC's "All In," guest host (and Salon alum) Steve Kornacki aired a superb superclip of Obama's speech spliced together with soundbites from some of the Iranian nuclear deal's most vocal domestic opponents. As Kornacki noted, "President Obama prebutted the kind of arguments we can expect to hear from the debate stage" tonight, and the team at "All In" did a masterful job of giving us a taste of a debate between Obama and some of the 17 Republicans running to replace him.

Watch the clip, courtesy of MSNBC: