4 ways women are taught to hate their vaginas 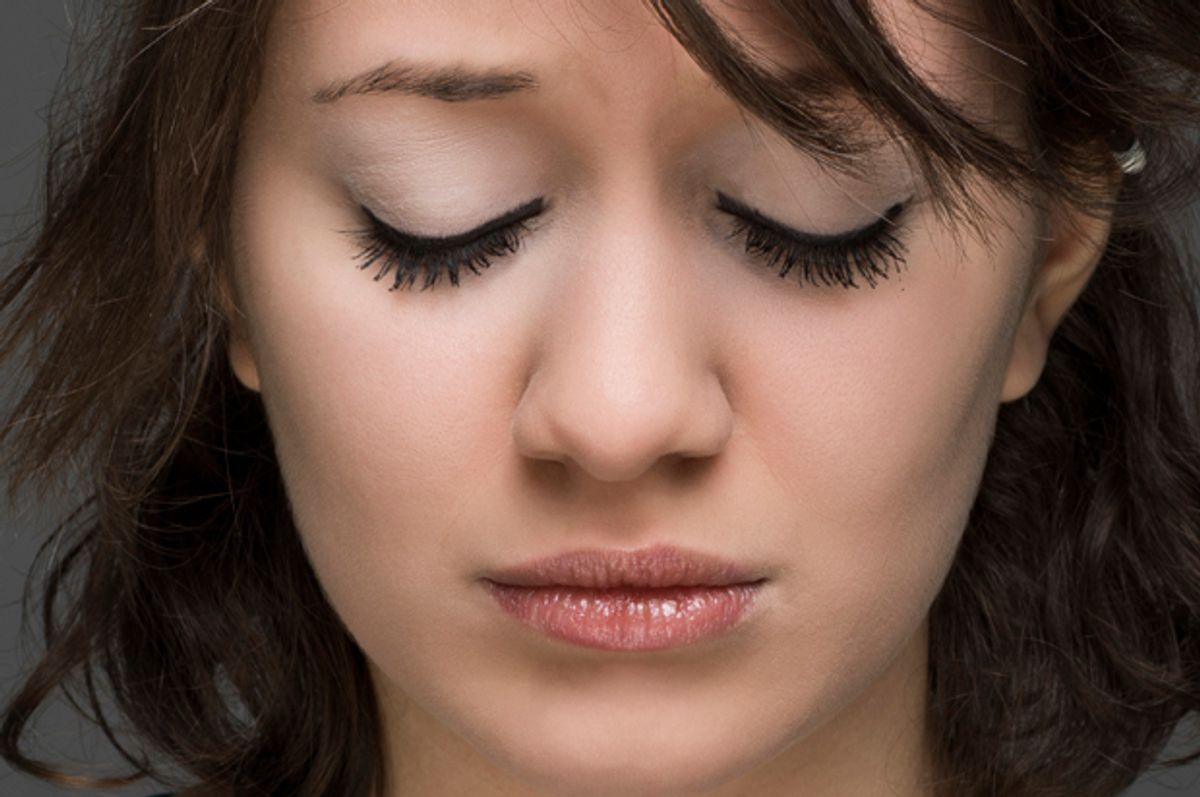 Today's beauty standards are tough to keep up with. Women are supposed to be trim, fit, hairless, odorless; the list goes on. It’s hard enough to apply these standards to our outward appearance. It's worse when we’re asked to apply them to our nether regions. Listed below are four ways society teaches women to worry about their vaginas.

1. The treachery of images: This is not a vagina.

What that means is that while exterior images of vaginas are allowed, no interior anatomy (labia minora) can come into the picture. Problem is, a woman's inner lips —her labia minora—often protrude outward. It’s not uncommon, unsightly or abnormal. But the guidelines laid down by the censorship board suggested it’s simply too “vulgar” to display in commercial pornography, and that has caused a very specific chain of events.

One plastic surgeon interviewed told the production team, “I think most women don’t really examine other people's vaginas so they don’t really have an idea except from literature, and you don’t see the normal range.”

Body odor smells like body odor. Morning breath smells like morning breath. That’s just the way it is. It may not always be pleasant, but it’s natural. Why then, do we expect vaginas to smell like something other than a vagina?

The idea that vaginas smell like fish is pretty entrenched in the conversations we have about vaginas. And that does a few different things. It makes some women feel embarrassed. It discourages some women from receiving oral sex. And it leads some men to opt out of giving it.

To combat these obstacles, many women turn to feminine hygiene products. Vaginal cleansing and odor eliminating products are all over pharmacy shelves. But here’s the thing about these products: they aren’t good for you. Most health experts, including the American College of Obstetricians and Gynecologists, do not recommend using these products.

WebMD has even listed the “disadvantages of douching.” The list includes vaginal infections, pelvic inflammatory disease, pregnancy complications and an increased risk of cervical cancer. Not fun, and not sexy.

According to the Office of Women’s Health of the U.S. Department of Health and Human Services, “Douching can change the necessary balance of vaginal flora (bacteria that live in the vagina) and natural acidity in a healthy vagina.”

So what is the best way to clean your vagina? Let it clean itself. Let’s go ahead and assume nature got it right.

3. Beware of the hairy, scary monster.

I have many gems in my Tinder inbox, but this line is one of my favorites (second only to, is it clean?). Now, aside from being an atrocious opening line, these questions help reinforce two bogus ideas: that the natural state of our vaginas is something to apologize for, and that if we want certain types of foreplay, we better prep for it. Because after all, what self-respecting individual would put herself through the sheer torture of spending time with an untrimmed bush?

Somewhere along the line, hairlessness became equated with cleanliness. If you like the look of a groomed vagina, by all means, stick to your routine. But pubic hair trends are constantly changing. Just because something is in at the moment doesn’t mean it’s going to stay that way. If you don’t believe me, check out Demi Moore’s famous bush shot from the ‘80s. Oh, how the times have changed.

For the moment, trim is in. And that means there are few spaces left for women to wave their bushes around with pride. A few months ago Instagram deleted the account of Australian magazine Sticks and Stones for posting a picture of two women in bathing suits with pubic hair sticking out. Other reports hold that ABC’s The Bachelor put a black censor bar over a contestant’s pubic hair.

It’s also important to remember that it’s not all about aesthetics; pubic hair actually serves a purpose. Emily Gibson writes [11] that pubic hair “provides cushion against friction that can cause skin abrasion and injury, protection from bacteria and other unwanted pathogens, and is the visible result of long awaited adolescent hormones, certainly nothing to be ashamed of or embarrassed about.”

The ability to bear life is one of the vagina’s most profound attributes. But it isn’t easy, namely because a newborn baby poses a pretty big challenge to that tiny little hole. Luckily, our vaginas have an incredible ability to stretch and accommodate the birthing process. Without vaginas, giving birth would be (even more) excruciating, if not impossible.

But this magical ability is too often framed as proof that one’s vagina has simply been “used up;” that its owner is damaged goods.

This idea of “tight versus loose,” “good versus bad,” finds its way to women who haven’t given birth as well. Slut-shamers insists that a “loose” pussy is a promiscuous pussy, its owner soiled and spoiled. But the point of the matter is that there’s no real “normal” when it comes to vaginas, or their size. Some run on the wide side. Some are narrow. But what matters is that our vaginas are healthy, and feel good when played with.