Allowing Megyn Kelly to ask all those "gotcha" questions? What is this? A reputable news organization? 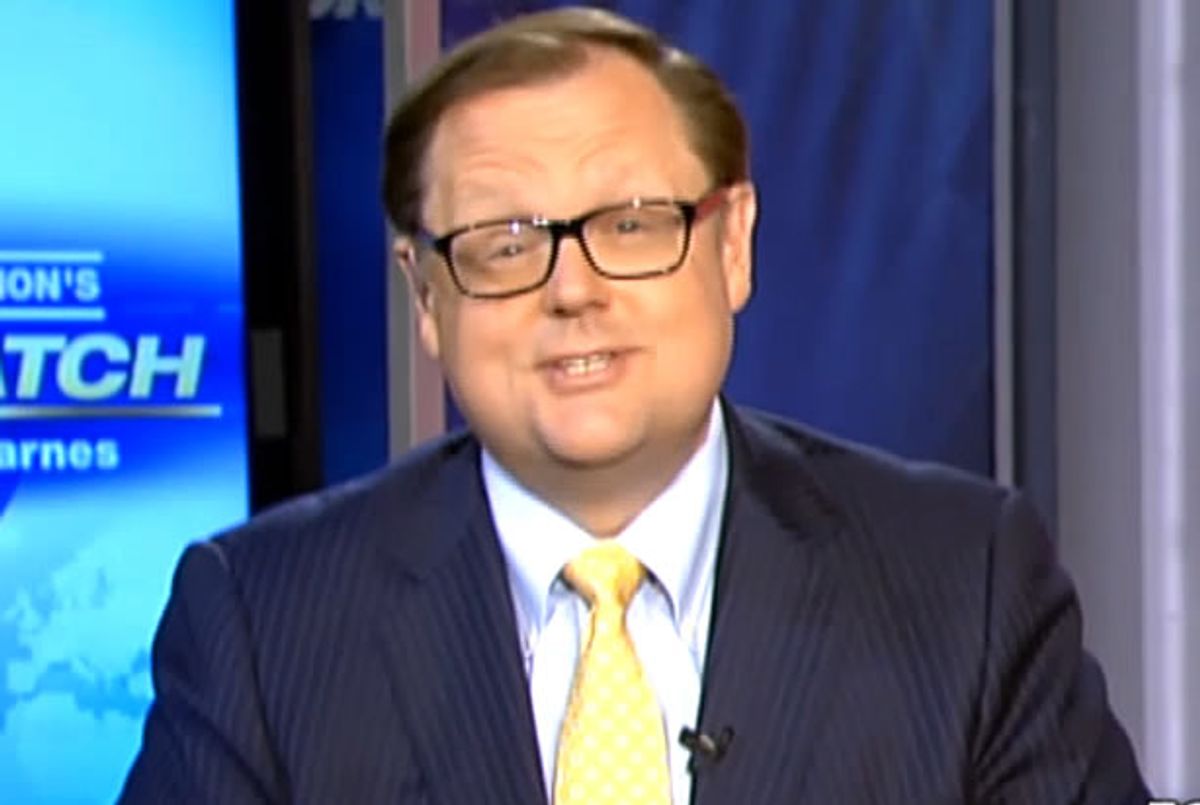 Fox News contributor Todd Starnes was not happy, not in the least, with how his employer conducted the GOP presidential debate last night. During his live-tweet of the event, he repeatedly condemned his peers using the very language typically reserved for mainstream liberal outlets:

He later consoled conservatives who found the Fox News moderators too liberal with a tweet:

But he quickly realized that you can only fit so much consolation in 148 characters, so he produced a brief video assuring his audience that they still have a friend at Fox News despite last night's immoderate performance by Megyn Kelly, Bret Baier, and Chris Wallace:

"You have a friend in the Fox News corner of the world," he said. "Conservatives have a friend -- and we friends, stick together."