GOP debate: Chris Christie and Rand Paul get into a shouting match over surveillance

"When you're sitting in a subcommittee blowing hot air about this, you can say things like that," Christie said 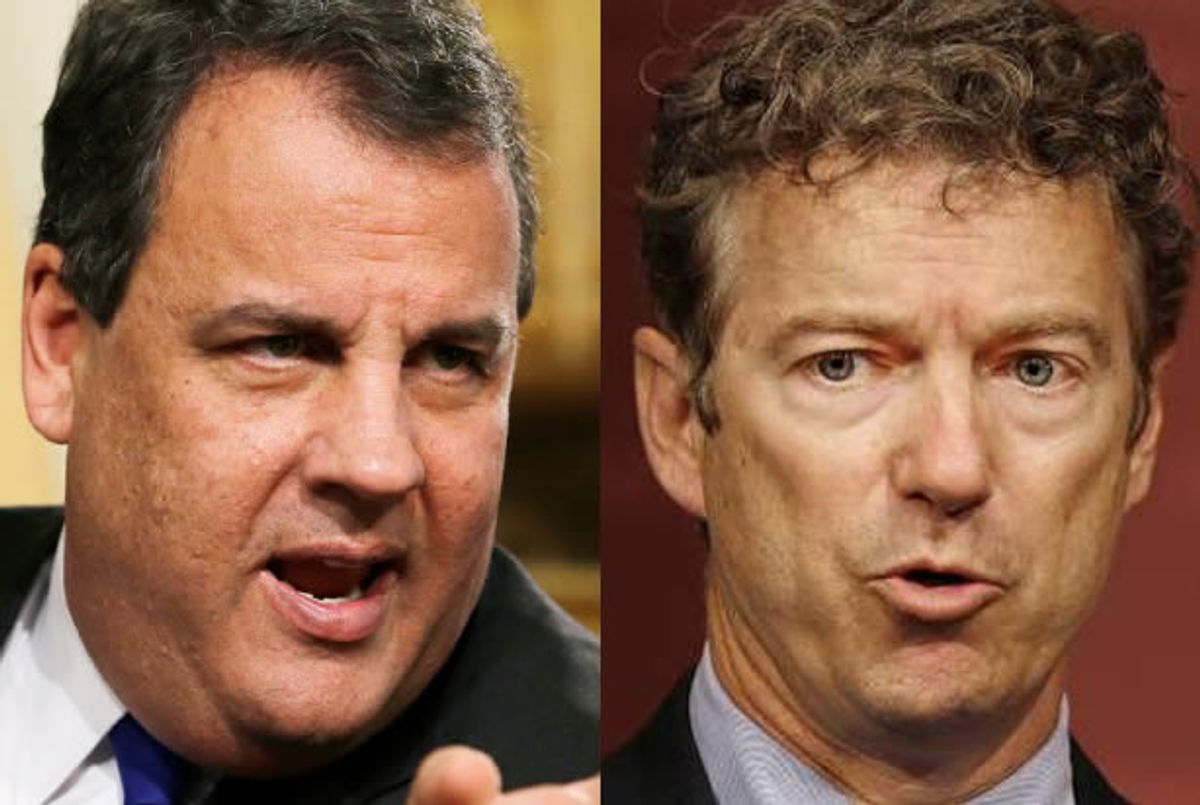 A Megyn Kelly question about the war on terror and the necessity of government surveillance had New Jersey Governor Chris Christie and Kentucky Senator Rand Paul shouting at and over each other across the stage.

Megyn Kelly began by reminding Christie that he's said that Paul's opposition to government surveillance would make him complicit in any future terrorist attack. "Do you really believe you can assign blame to Senator Paul for opposing the bulk collection of phone records in the wake of a terrorist attacks?" she asked.

"Yes, I do," Christie replied, adding that he's the only person on the stage who has jailed people for terrorism after 9/11 as a prosecutor. "“I will make no apologies ever for protecting the lives and the safety of the American people," he said. "We have to give more tools to our folk to do this and then trust those people and oversee them to do it the right way."

Paul replied by saying that he's not opposed to collecting information on terrorists, "I want to collect more records" from them, he said, "but lees records from other people." Paul got the crowd worked up by "standing for the Bill of Rights."

"You know," Christie replied, "when you're sitting in a subcommittee blowing hot air about this, you can say things like that."