GOP debate: Rand Paul slams Donald Trump for refusing to pledge not to run as an independent

"He's hedging his bets on the Clinton," Paul said, "because he's used to buying politicians" 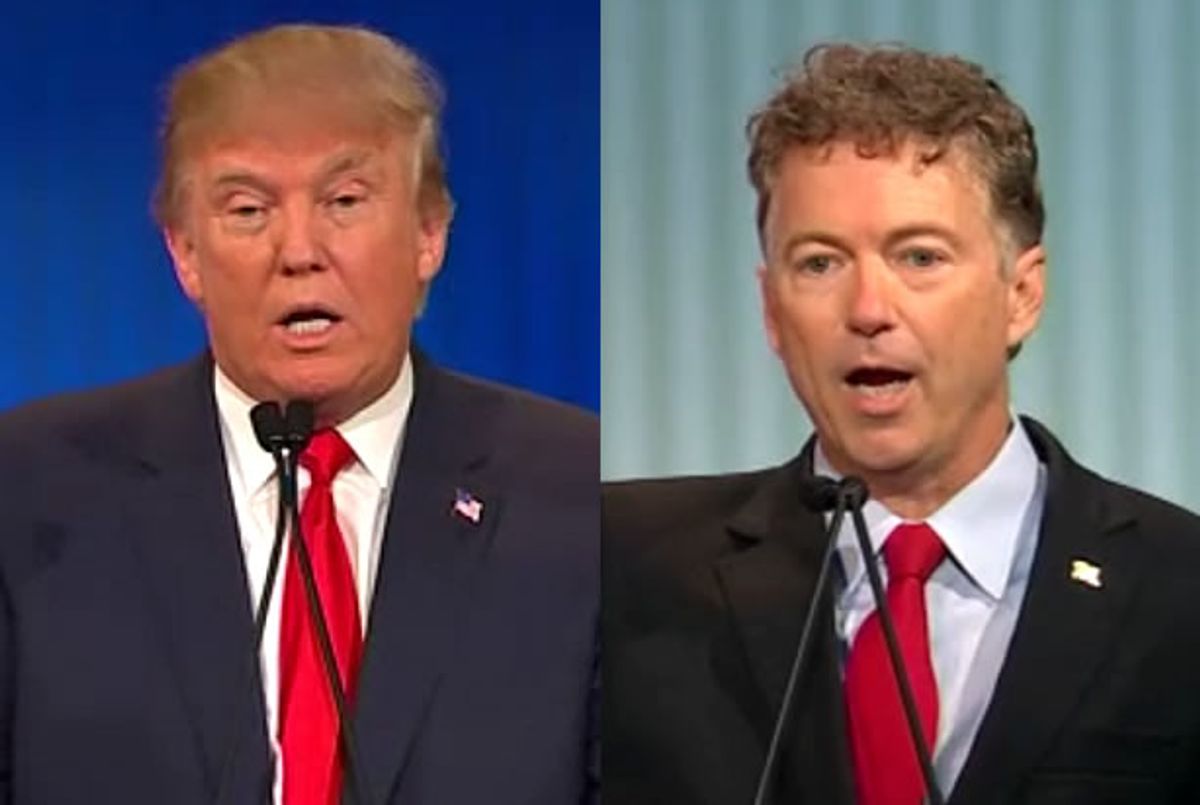 The Republican debate got off to a rollicking start, with moderator Bret Baier asking the ten candidates to raise their hand if they would not pledge to support the eventual GOP candidate.

"Is there anyone on stage tonight who is unwilling to pledge your support to the eventual nominee of the Republican party, and pledge to not run an independent campaign against that person?" he asked.

The crowd in Cleveland's Quicken Loans Arena booed the gesture vociferously, and Baier asked Trump to qualify. "To be clear, you're standing on a Republican stage here, the place where the RNC will give the nominee the nod," he said. "And that experts say an independent run would hand the election to the Democrats and likely another Clinton."

"You're saying you can't make that pledge?"

"I can't," Trump replied. "I can't say that I'll have to respect the person who wins. If I do win, and I'm leading by quite a bit, I can promise that if I'm the nominee, I'll run as a Republican."

"But," he added, "I am discussing it with everybody, but I'm talking about a lot of leverage," before adding that he really does want to run as a Republican.

"But I say this," Paul added, "He's already hedging bets because he's used to buying politicians."

"Well," Trump replied, "I've given you plenty of money."