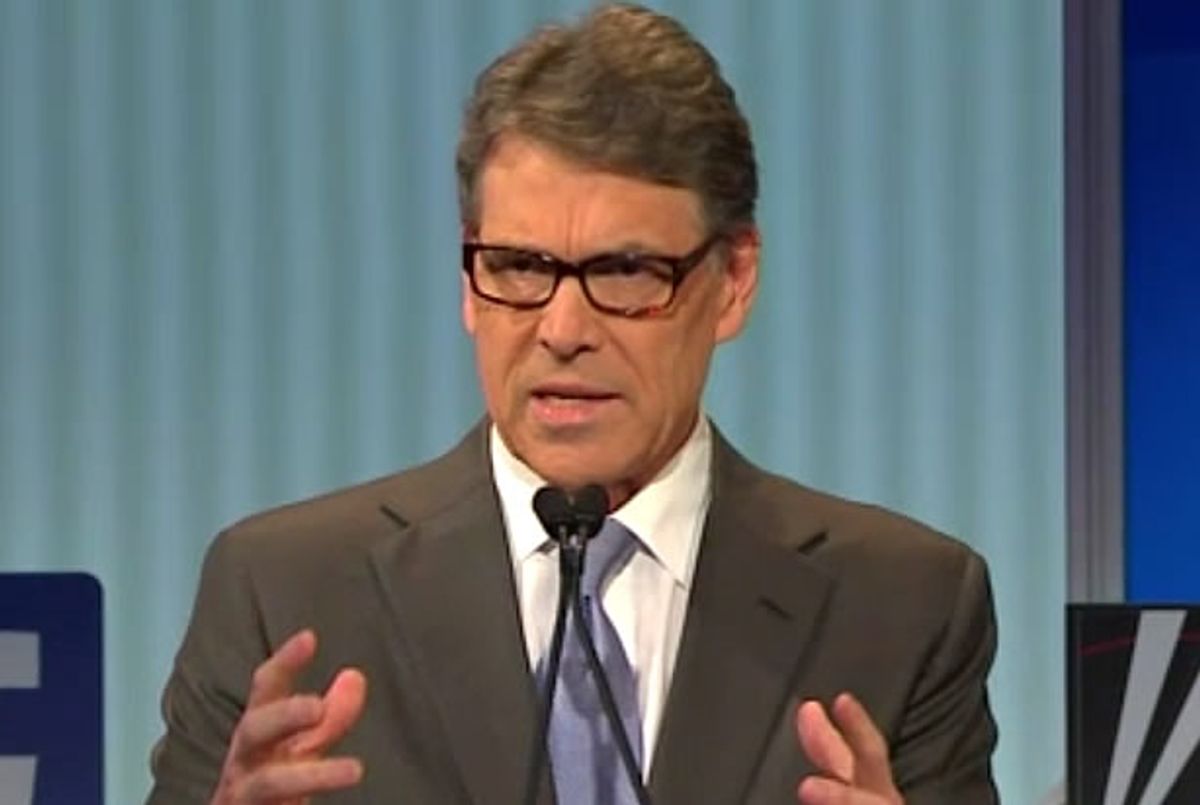 Answering a question about the failures of both parties when it comes to immigration reform, former Texas Governor Rick Perry took the unusual step of criticizing the most beloved saint in the Republican pantheon, Ronald Reagan.

However, in what could be an attempt to create plausible deniability, he never actually uttered the former president's name, choosing instead to launch his attack at a heretofore unknown figure named "Ronald Raven."

"For 30 years this country has been baited with" halfhearted measures designed to lower the number of undocumented immigrants in the United States, he said. "All the way to when Ronald Raven signed a piece of legislation that basically allowed for amnesty for over 4 million people and the border is still not secure."

Perry campaign spokeswomen Lucy Nashed insisted that he said nothing of the sort, telling ABC News that he "clearly said 'Ronald Reagan,'" apparently unaware that individuals would be able to judge for themselves:

This gaffe -- if indeed it is a gaffe -- pales in comparison to the mistakes he made in a November 2011 debate in which he claimed he would eliminate three government agencies, the Commerce and Education Departments, as well as "the third agency of government I would do away with -- the Education, uh, the uh, I -- Commerce, and let’s see. I can’t. The third one, I can’t. Sorry. Oops."