Have they made up? Have they not? Your guess is as good as ours 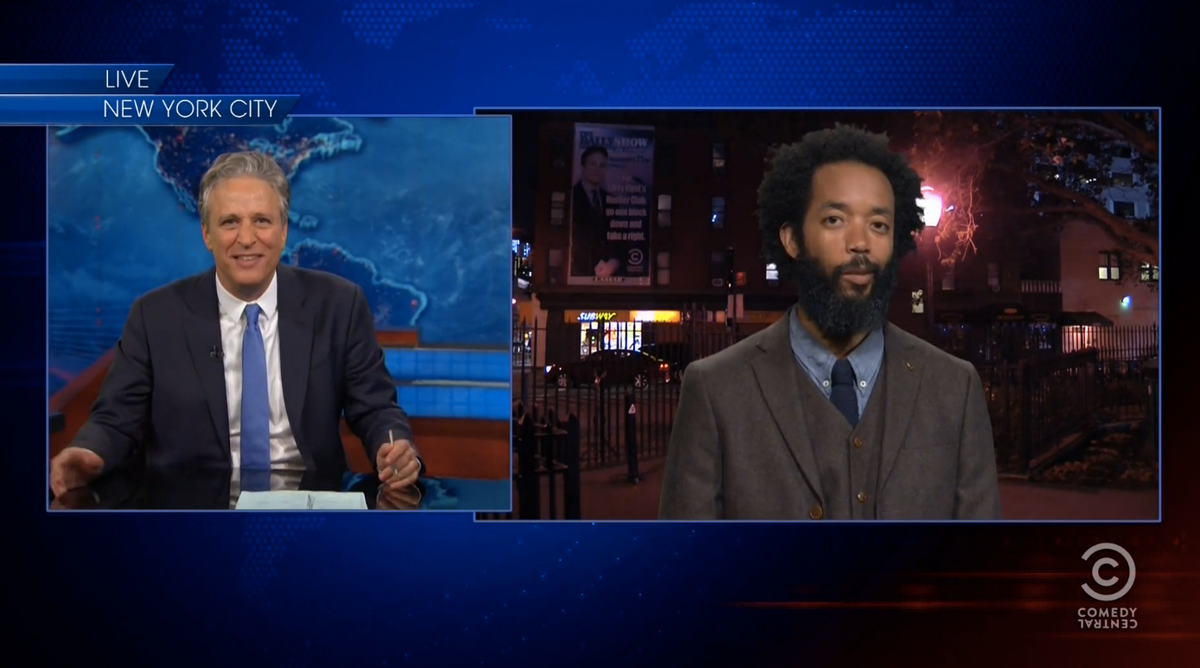 Jon Stewart's last "Daily Show" was full of surprises: John McCain's puppeteering, the return of Steve Carell and Ed Helms, Elmo's anger issues, Stephen Colbert getting touchy-feely. By a landslide, though, the most surprising moment came during a mock-field piece in which Wyatt Cenac made a return.

A Cenac reunion might've been considered implausible last month, when the veteran writer-correspondent got candid on Marc Maron's "WTF" podcast, telling the host that he'd struggled with being the only person of color on the writing staff from 2008-2012. On one occasion, he said, Stewart had told him to "fuck off" after challenging him on a racially insensitive impression. Recalling his devastation after the blow-up, Cenac said, "That's how I feel in this job. I feel alone."

On Thursday, the two seemed to (largely?) be able to put all of this in the past. If Cenac is still harboring some resentment, he definitely didn't let us see it, playing along with the silly green-screened bit.

"I'm good. You good?" Stewart asked in one knowing exchange.

Watch the clip of that appearance courtesy of Vulture below: