Even Elmo has been bottling up some resentment 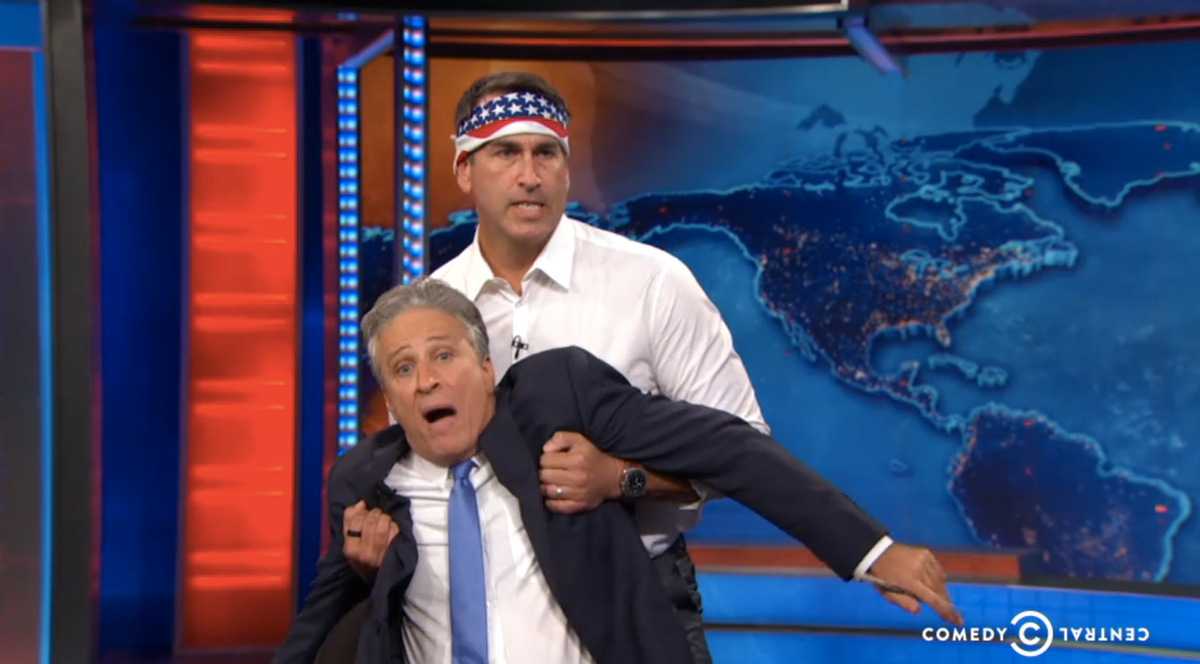 As early as June, when Page 6 first reported that "Daily Show" "foes" would have the chance to tell Jon Stewart to "fuck off" in the finale episode, guest-appearance predictions were already underway. Surely, Megyn Kelly, the subject of many scathing Fox News segments, would be be part of the lineup, right? And The Donald -- the "Clownstick" who claimed he'd been begged by Stewart. Obviously, Stewart wasn't going to do a finale episode without him.

While there was no Trump or Kelly in sight, the Thursday "foe" segment gave us enough appearances to make up for this oversight. The CEO of Arby's Paul Brown made a surprise appearance, telling Stewart, "It's like your TV threw up on your face." Rep. Charles Rangel issued the short-and-sweet message: "Good riddance, smartass." Hillary Clinton, Wolf Blitzer, Bill O'Reilly and John McCain (plus his puppet?) even chipped in.

Oh, and the drunks over at "Morning Joe" unsurprisingly had a few blistering words to share, too:

Watch the full segment courtesy of Comedy Central below: