Kim, Kanye and Hillary Clinton snap a selfie: Ultimate #squadgoals or sign of the apocalypse?

Is it too early to christen this duo Killary? 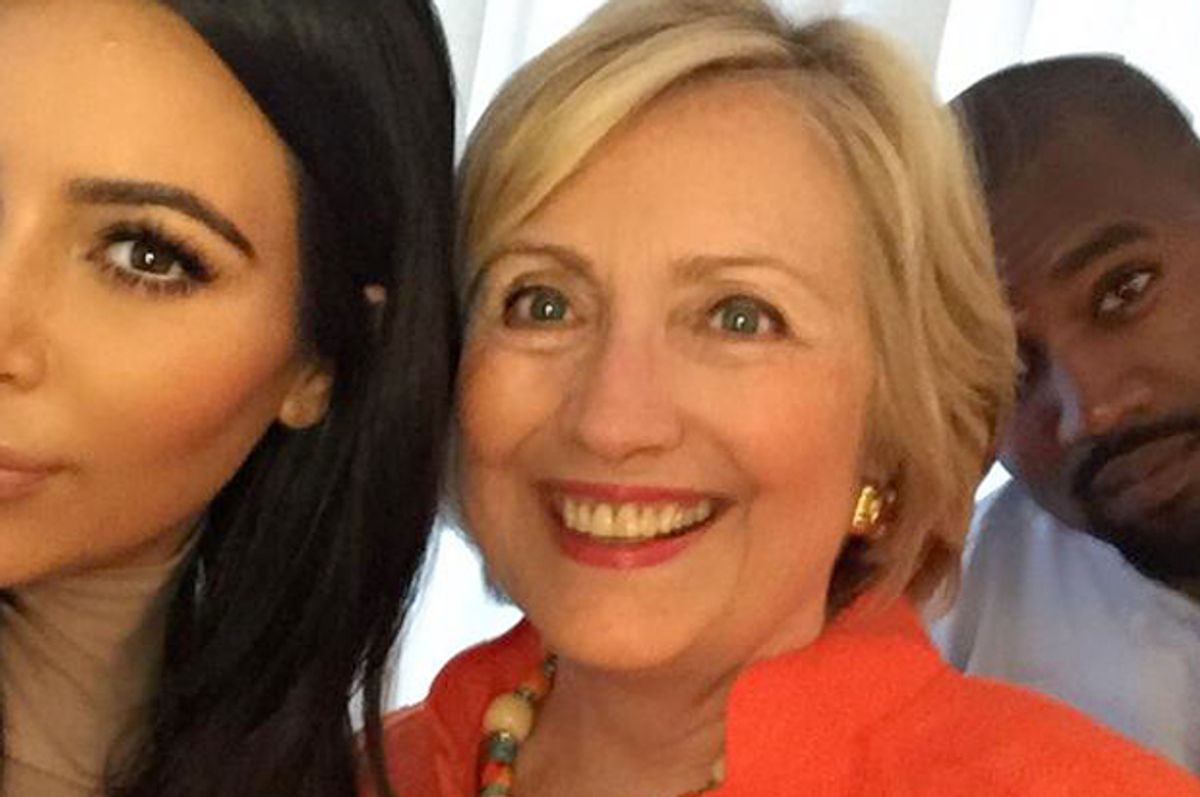 At some point during the party, Kim Kardashian West and the former Secretary of State and would-be President of the United States Hillary Rodham Clinton crossed paths.

Kim, perhaps humbled to cross paths with another woman of equal power and influence as her own, did the only thing one can do in such a situation. Initiating a protocol she has executed countless times before, a motion as second nature to her as running a buffed and polished fingernail across a stray lock of hair, Kimberly "Selfish" Kardashian activated the front-facing camera on her iPhone, before elevating the device and tilting it at a slight 30 degree angle, in accordance with Kardashian's Rules of Standard Selfie Protocol™.

Kanye West, recording artist and husband of Kim, perhaps knowing he was witnessing one of the most significant moments in self-recorded history, bowed his head ever so slightly so as to enter the frame, just a few millimeters above Madame Clinton’s shoulders — a gesture too gentle to truly call a photo-bomb. Then, as the planets aligned in a once-in-a-lifetime moment of cosmic convergence, with a gentle, satisfying click, a new selfie entered the world.

The selfie currently has an impressive 723,000 Instagram likes, although the number of likes that were gifted ironically remains unclear (the photo is either ultimate #squadgoals or a sign of the apocalypse, depending on the viewer). As with all great selfies, is a rare and wonderful beast that has the power to enchant or destroy. Look it at your peril: