Requiem for a club: What we lose when intimate music venues close 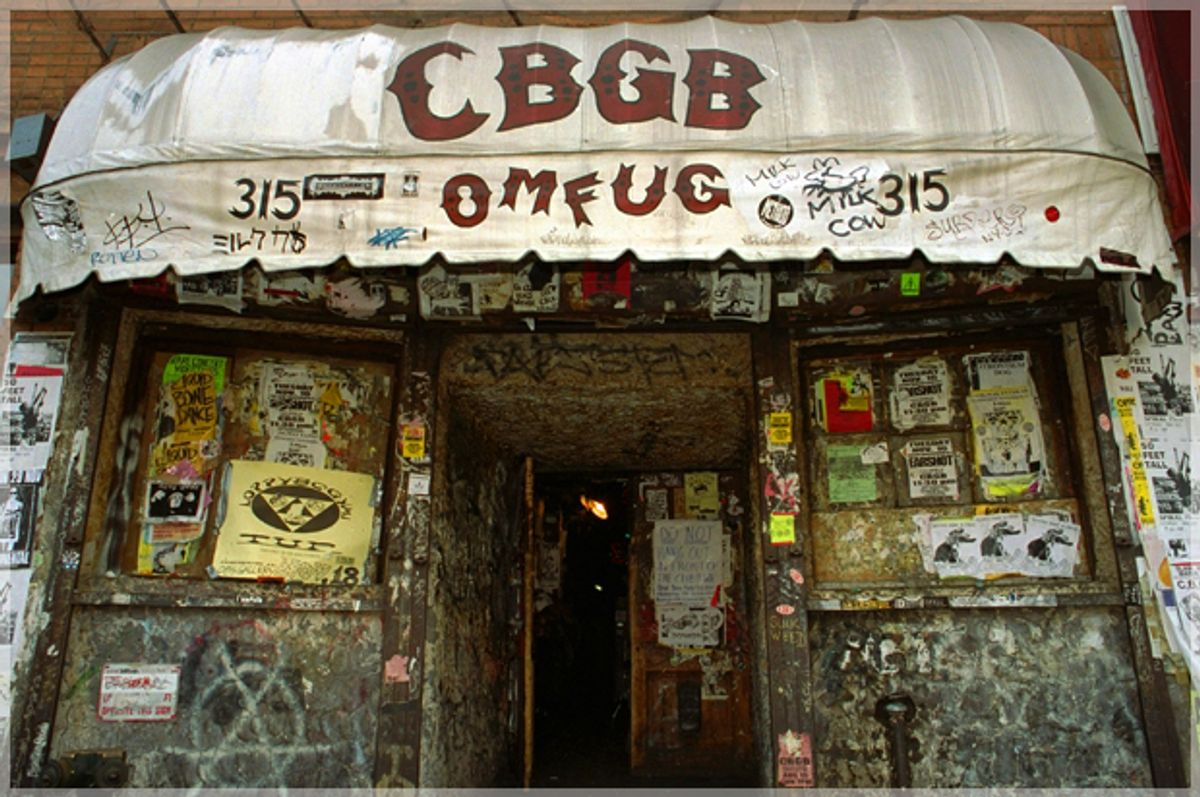 Recently, the Cambridge, Massachusetts, live rock institution T.T. the Bear's Place held its final shows: After more than 40 years in business, the cozy Central Square club is calling it a day. Although I moved away from Boston over a decade ago, and plenty of my old music haunts in the city have closed, this news has hit me much harder than I expected. Located right on the same block as the venerable restaurant/concert club the Middle East--and, back when I lived there, just down the block from the subculture haven ManRay--T.T.'s was a place I started going to once I moved to the city for college in the late '90s. Because the club's capacity was 300 (give or take, depending on the night), it drew a healthy mix of up-and-coming bands and underplays alike.

In the early to mid-2000s, that meant I saw a ton of bands that have since graduated to bigger stages: Metric, New Pornographers' A.C. Newman, Rogue Wave, Broken Social Scene, Black Rebel Motorcycle Club and Rilo Kiley, to name a few. I remember pogoing in the crowd during a packed show on Franz Ferdinand's first U.S. tour, squeezing my way in to see the Strokes' first shows in the area after they blew up in the U.K., and seeing a Red Sox game and then heading to T.T.'s to see the Cardigans. (On some nights, you could also even see a show at the Middle East and then hop over to T.T.'s for the late-starting headliners--a dazzling luxury for a live music lover, and a move so decadent it's almost like you were getting away with something.) And even though the club was the first place I saw favorite acts Mclusky and Grant Lee Phillips, I still regret not seeing the Wrens play one year on my birthday (I even had a ticket!) and leaving a Decemberists show early, because I was tired and mainly there for the opening act, Clearlake.

Yet besides the music, the atmosphere at T.T.'s--like that at many small clubs--was conducive to accumulating interesting life experiences. At a Divine Comedy show, I somehow struck up a conversation with someone who claimed to be a bookie. (One of those things you probably don't question.) I remember feeling slightly awed to see Dinosaur Jr's J Mascis in the crowd behind me, watching the band onstage before he headlined later in the night, and another time being incredibly excited to see friends of mine from Cleveland, Cobra Verde, perform at the club. Above all, the space itself had character--everything from the banging bathroom doors to the decent beer prices to the friendly door people, bartenders and bookers combined to make T.T.'s an immensely welcoming place to be.

It's comforting to know I'm not alone in romanticizing the venue; in fact, a quote from Scruffy the Cat's Stephen Fredette about the closure resonated strongly with me. “I find it strange that I can’t remember the first time I went to T.T.’s or played there like I can for most of the Boston-area clubs,” he told the Boston Globe. “I think that might be because it would be like remembering the first time you went into your own living room or kitchen. It was kind of like being home.” This is a poignant sentiment, viewing T.T.'s as "home," because it's how I felt about going there. It wasn't just a place to go see live music; it was as comfortable to go there at night as it was to sit on the couch and watch TV. And I feel the same way about T.T.'s as I do about any number of concert clubs around the U.S.

This might seem like a strange thing to say, especially since the older a club, the more its charms are predicated on quirks and things to look past, such as support poles blocking views of the stage, bars shoehorned into awkward locations or disgusting bathrooms. Comfort almost seems last on the priority list. But I grew up in places such as T.T.'s, both professionally as a live music reviewer/journalist and personally as someone navigating post-college dating and friend-making. For me, these rock clubs represented independence and growth, and gave me a sense of belonging I didn't have many other places. Being able to get lost in the music at a show represented a respite from whatever stresses I was facing, a safe oasis of consistency in an otherwise hectic life.

For many live music lovers, festivals provide the same kind of pause button, a temporary escape from reality. Because these large-scale events are increasingly popular, it's clear many people are seeing new bands in much different ways: in vast, wide open spaces alongside several thousand people. Empirically, that's not a negative thing: As I've written about before, sharing a perfect musical experience with others is unparalleled, and combining a gorgeous outdoor space with sublime tunes is a recipe for transcendence. But it can also be less intimate and personal; supporters may not be crammed shoulder-to-shoulder with other passionate fans, or within lyric-shouting distance of these artists. And for musicians, cutting their teeth in front of these huge platforms is also a very different experience: New bands staring down a crowd of 3,000 people as opposed to 300 people have a much steeper learning curve.

Still, despite the closure of T.T.'s and plenty of other beloved clubs in the last few years (e.g., Maxwell's in New Jersey, 12th & Porter in Nashville, 285 Kent and Glasslands in Brooklyn), live music at the club level isn't going extinct. If anything, spaces are even becoming more creative: In Pittsburgh, old churches have been transformed into music venues, while in Cleveland, the old-school bowling alley Mahall's hosts smaller touring bands. In other cities, sparkling new clubs are even sprouting up--clubs deliberately constructed to produce an enjoyable listening experience, courtesy of better sightlines and sound systems.

While I enjoy seeing live music generally no matter what the venue, I felt another twinge of sadness when I saw that another Boston-area concert club staple, Johnny D's Uptown Restaurant & Music Club, also decided to close. How owner Carla DeLellis described the news on a farewell Facebook post mirrored the sentiments expressed elsewhere about T.T.'s: "It has often been your home too, a place for you to enjoy yourself, to let the music take you to places of revelry, or inspiration, or retrospect. To transport you to another time or place or culture. … A place to make you feel, a refuge from the storms of life. All in an idiosyncratic space, evolved from years and years of roots in one location, with so many characters coming, going, coming back, and often staying longer than they would anywhere else."

I found her statement poignant. There's no substitute for a venue where years of accumulated musical performances, conversations and life experiences linger in the air like ghosts. Moreover, she astutely captures how people come to clubs for the music, but often discover--and retain--greater life lessons along the way. Some people become regulars at a bar or restaurant, and bask in the familiarity of being able to show up and have their preferred drink or menu item served right away. Becoming a regular at a club or venue is a similar proposition, although it's a far less regimented experience: Every band onstage has the potential to turn into something great, ensuring that a simple night out is always brimming with possibility.