The crowd's reaction wasn't what you might have predicted 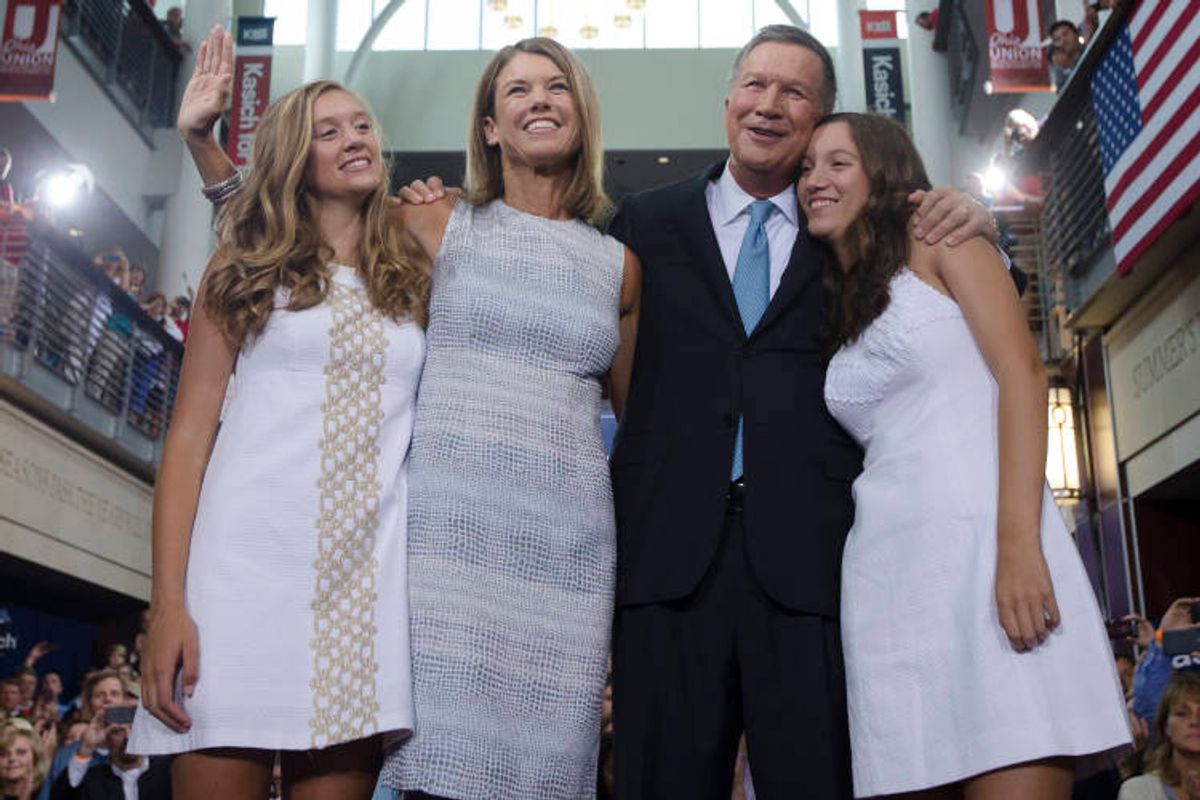 When Fox News moderators commenced the social issues portion of tonight's GOP presidential debate, it was hard to escape the sense that the debate stage in Cleveland's Quicken Loans Arena was about to become a culture war minefield. That sense was far from unfounded; Mike Huckabee railed against open service by transgender soldiers, thundering that the purpose of the military is to "kill people and break things," not to act as a "social experiment." And in an exchange that is sure to haunt him if he advances to the general election, Marco Rubio backtracked on his previous support of rape and incest exemptions for abortion following pointed questions from Megyn Kelly.

But perhaps the most remarkable moment arrived when Ohio Gov. John Kasich was asked how he'd explain his opposition to marriage equality to a hypothetical gay daughter. Kasich, 63, didn't back down from his opposition to same-sex marriage as a matter of public policy, saying that he was an "old-fashioned" person, but he pivoted to an answer not often heard in such forums.

"Look, I'm an old-fashioned person here and I happen to believe in traditional marriage. But I've also said that the court has ruled … and I said we'll accept it," Kasich said. "And guess what? I just went to a wedding of a friend of mine who happens to be gay. Because somebody doesn't think the way I do doesn't mean that I can't care about them or I can't love them. So if one of my daughters happened to be that, of course I would love them and I would accept them. Because you know what? That's what we're taught when we have strong faith."

The audience did not sit in stony silence; no, as one might have feared, did they boo Kasich. Instead, the crowd strongly applauded Kasich's affirmation of his gay daughter, in one of the debate's rare heartening moments.

That warm reception marked a welcome contrast to one of the more disgraceful moments in the 2011 GOP debates, when an Orlando crowd booed Stephen Hill, a gay Iraq soldier who asked the candidates whether they'd “do anything to circumvent the progress that’s been made for gay and lesbian soldiers” in the wake of the repeal of the ban on open service by gay and lesbian soldiers.

Though Republican voters are slowly coming around on the issue, no major GOP presidential candidate has endorsed full legal equality for same-sex couples.