Thank you, Jon Stewart: You had a big stage in a broken world — and you used it to say something important 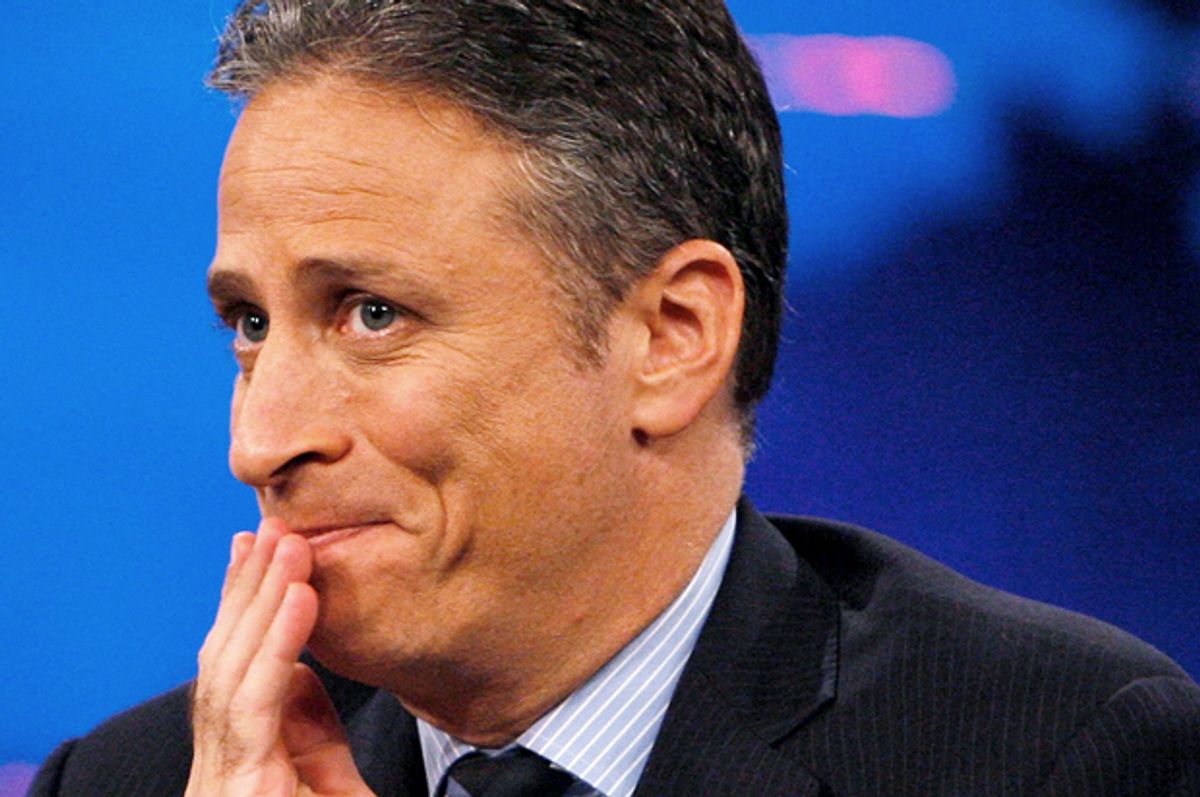 I started college in 2005. Everything was exploding then. Hurricane Katrina had just bludgeoned my home state. The shadow of 9/11 loomed large. The war drums were beating. Fox News had found its bearings. The dreariness of the Bush-Cheney years was suffocating. Political dysfunction was pervasive. Things were in a bad way.

And there you were, every night, telling it like it was. You were a gadfly to the greedy profiteers and the propagandists and the unaccountable. To people like me, you were a reprieve, an anchor in a cultural whirlwind.

I know you’re not a newsman – you made sure to remind us of that. Perhaps you were something different. If nothing else, you were the bullshit-slayer of your time, our Carlin and our Cronkite. The truth is that newsmen – real newsmen – don’t exist anymore; corporate media is too compromised for that. Our institutions have failed us and we all know it. You filled that void somehow.

You emerged at a time when a voice like yours was desperately needed. Everything about our age invites cynicism. Our discourse is so toxic, so empty, and you managed to navigate it with wit and humor and authenticity. I remember your monologue after 9/11. I remember thinking that something changed that night. You sensed the gravity of the moment, but you also appeared to recognize your responsibility.

You had a big stage in a broken world and you used it to say something important, something we needed to hear. You made us laugh, of course, but you told the truth.

I don’t care what you say, Jon. You aren't just a comedian. You became, in fact, something of a newsman. Whether you were upbraiding CNN's "Crossfire" for its journalistic negligence, or rebuking Jim Kramer for his shameless cheerleading of global finance, you said what so many of us were thinking. And you said it with sincerity and power and compassion. I’m not sure anyone else could have done that. I know no one else actually did.

I joined the military a few months after 9/11. I had it easy, though. I served a few years and left for college. I was never sent to war and don’t consider myself a soldier in any meaningful sense. But I have friends who were. Most came back alive, a few didn’t, but that’s not really the point. The point is that you stepped up. Unlike the charlatans who feigned interest, you’ve used your influence to change things, to improve the lives of the people who most deserve it. That you did all of this without shoving partisan interests down our throats is a testament to your unique voice. We all know you’re a liberal, but that never mattered. Humor has a way of transcending the trivial -- and that’s exactly what you did.

At the risk of sinking into sentimentality, I’ll just say it: Satire is serious business. Christopher Hitchens had it right, I think, when he wrote that human emancipation begins with “the ability to laugh at authority.” You pointed the way, night after night, crisis after crisis, election after election. You wrested humor out of tragedies and pummeled the powerful with jokes and sunlight. I can only speak for myself, but I can’t imagine having endured this circus without the aid of your subversive spirit.

I understand why you’re leaving. Nobody can blame you for growing weary. You did your duty, though. You beat back the bullshit for 15 years.

You were a tonic for terrible times. A moment of zen for millions of Americans every night.

I thank you for that.