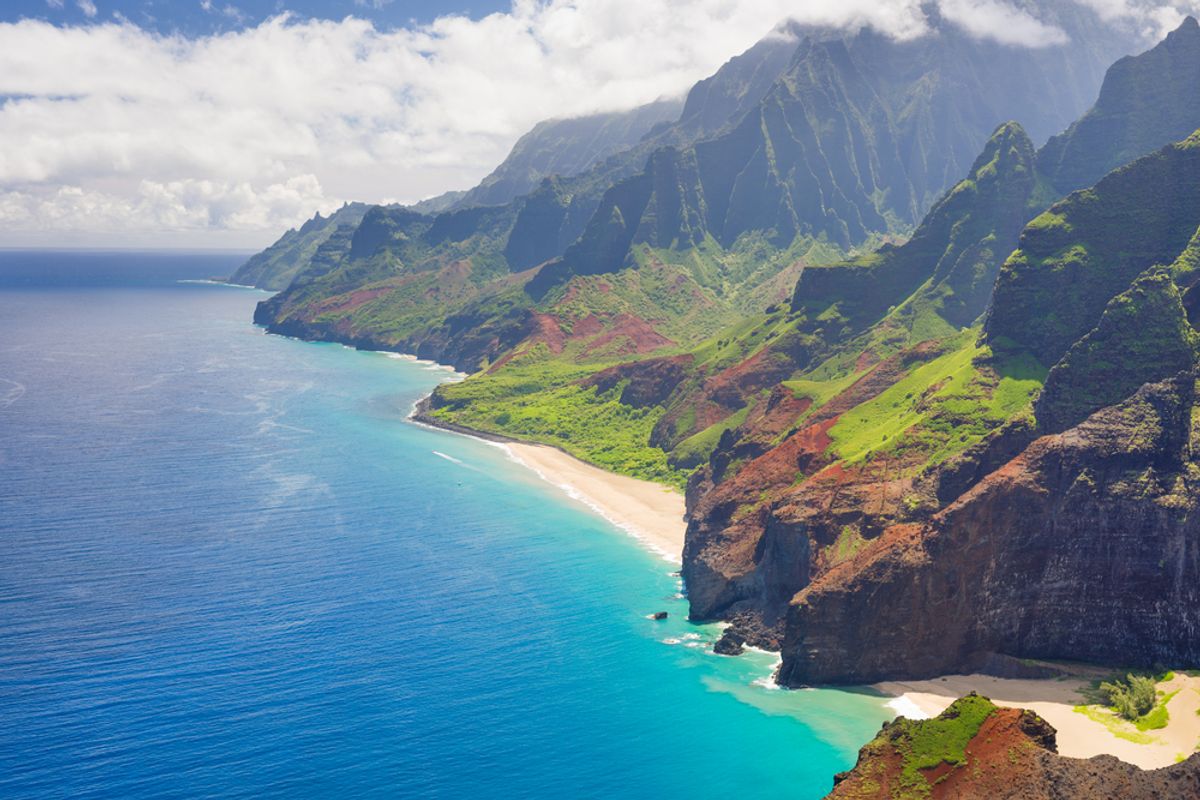 For the second summer in a row, a tropical cyclone is headed toward Hawaii, a relative rarity for the island chain. But in a warming world, the 50th state could face more tropical storms and hurricanes, some research suggests, with one new study finding that climate change upped the odds of last year’s spate of storms.

Though Hawaii is a tropical island, it doesn’t have the same risk of being hit by tropical cyclones (the generic term for tropical storms, hurricanes and typhoons) that islands in the Caribbean or Asia have. That’s because it is typically surrounded by relatively cold ocean waters and is in a region with wind patterns that tend to produce a lot of what is called shear, or a difference in the speed or direction of winds at different heights in the atmosphere that tend to rip apart a storm.

But this summer and last, that natural protection has been diminished. An El Niño has reversed those upper level winds and reduced some of the shear that can break up storms. Storms also tend to form further to the west in the eastern Pacific during El Niño years, which makes it more likely they could reach Hawaii. The relationship between a higher hurricane risk for Hawaii and El Niño has been well established.

“It's about three times more likely for Hawaii to be impacted by a tropical cyclone in an El Niño vs. a La Niña year,”Phil Klotzbach, a hurricane forecaster at Colorado State University, said in an email. (La Niña is the opposing phase of El Niño, featuring colder-than-normal tropical Pacific waters to El Niño’s warmer waters.)

Waters around the islands have also been unusually warm, though this isn’t thought to be the result of El Niño. They are part of a widespread area of elevated sea surface temperatures spanning the length of the U.S. West Coast and reaching out to mid-ocean. Scientists think this pool of hot water could either be caused by natural variability in the ocean system or a shift in another climate cycle called the Pacific Decadal Oscillation, Mike Halpert, an El Niño forecaster with the National Oceanic and Atmospheric Administration, said.

The warm water “allows storms that have already developed and are moving toward Hawaii to remain stronger than usual,” Christopher Brenchley, a hurricane forecaster at the Central Pacific Hurricane Center, said in an email.

The storm currently taking advantage of these altered conditions is Tropical Storm Guillermo, which rapidly strengthened into a hurricane over warm eastern Pacific waters not long after forming. It has since weakened, though the warm waters around the islands have allowed it to retain more intensity than it might otherwise, Brenchley said. Guillermo is expected to skirt the islands, but could still bring heavy rains and mudslides and heavy surf to eastern shores.

Last summer saw Hurricanes Ana, Iselle and Julio threaten the Hawaiian islands. While Ana and Julio stayed to the south and north of the islands, respectively, Iselle hit the Big Island as a tropical storm and brought considerable rains and flooding. The last time a major hurricane hit Hawaii was 23 years ago, when Hurricane Iniki hit Kauaʻi during the final days of filming for “Jurassic Park.”

One of the big research topics in climate change has been how warming might affect the occurrence and intensity of tropical cyclones in different parts of the world. In a study to be published in the Bulletin of the American Meteorological Society in September, researchers looked at how it might be linked to last year’s flurry of Hawaiian hurricane activity.

Using computer simulations, they found that “the extremely active 2014 Hawaiian hurricane season was made substantially more likely by anthropogenic forcing,” they wrote in the study, as that forcing has changed weather patterns in the atmosphere. They stressed, though, that natural variability, including the El Niño cycle, also played an important role.

Two other researchers who look at the influence of climate change on hurricanes, Suzana Camargo of Columbia University, and Kerry Emanuel of MIT — neither of whom was involved in the new study — said that the study’s findings seemed sound and was in line with other recent research. Emanuel said that a study he did in 2013 that used climate models from the latest iteration of the Intergovernmental Panel on Climate Change report also pointed to an increase in the frequency of hurricanes around Hawaii.

Another climate scientist, Kevin Trenberth, of the National Center for Atmospheric Research in Boulder, Colo., was less convinced by the findings, saying that the results are dependent on the particular models used. He said any effect of climate change is likely limited to higher ocean temperatures.

Other research has looked more at how warming might impact the general climate of the Pacific. Several studies and major climate models, including those used in the IPCC, suggest that the Pacific will move into a more constant El Niño-like state. This effect of warming could be what the new study is identifying, but that can’t be firmly proven yet, study co-author Hiroyuki Murakami of NOAA’s Geophysical Fluid Dynamics Laboratory in Princeton, N.J., said. Some research has suggested that there will be more extremes in both El Niños and La Niñas, though others have found the opposite or even no change in these states. If El Niños do become more intense, that could mean a stronger hurricane threat for Hawaii in the future.

One clear impact that warming will have on Hawaii’s storm risk — and the easiest link to make between hurricanes and climate change — is that of sea level rise. Because even if Hawaii’s hurricane risk stays the same, higher future sea levels will mean more storm surge when  storms do strike.