"Neighbors from Hell": The perfect children's book for our twisted country

llustrated and written in rhyme, "Neighbors from Hell" gives parents a new way to talk about real-life monsters 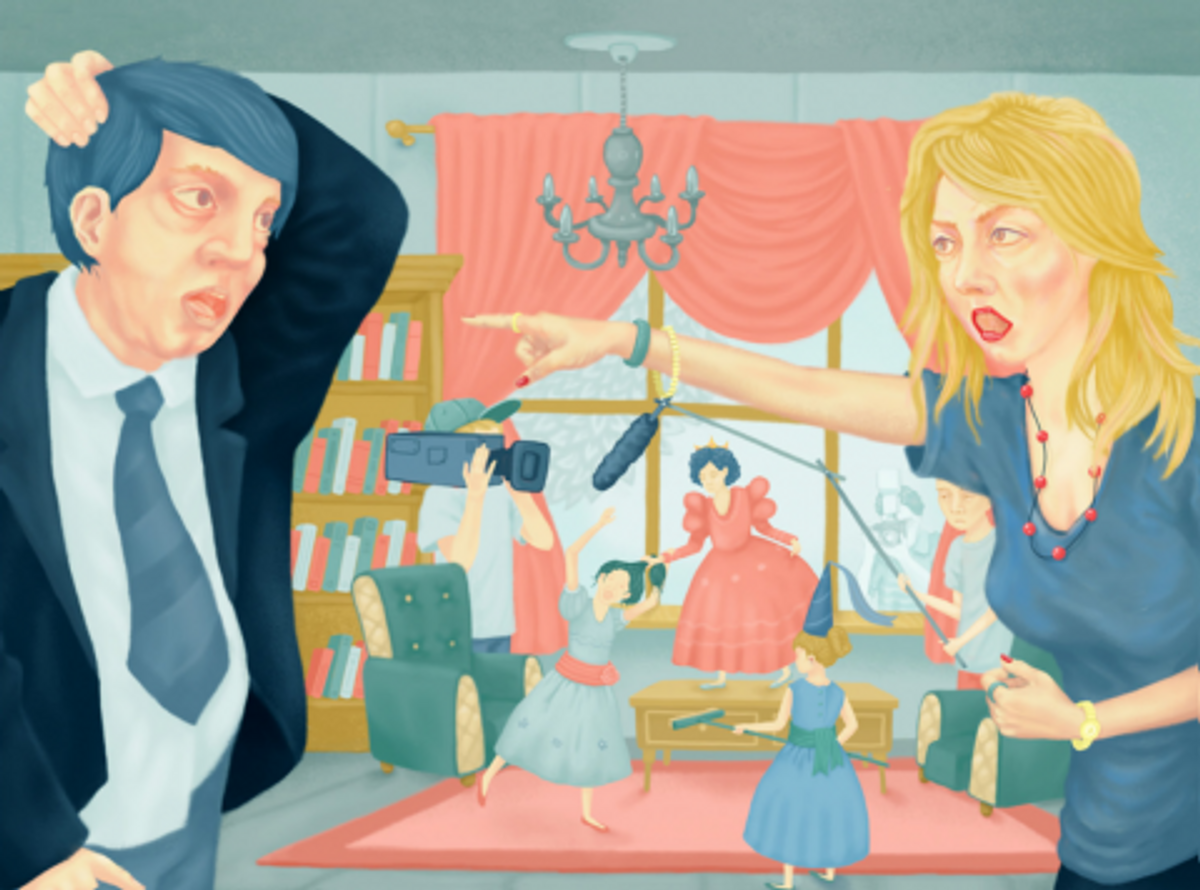 It came in a vision a few years back: a book for children that approximated some of the horrors of society that everyday people face, and the monstrous qualities that many people take on as they try to earn a living. Especially since the financial crisis. Mortgage loan officers, slumlords, private prison lobbyists are the new growth industry jobs.

Co-author John Dolan and I spent some time mulling it over. We'd tell it in rhyme, with illustrations. Could be fun.

So we sat down and wrote the book, and found an illustrator in Ukraine, Taras Kharecko, who has quite a knack for portraying American suburbs in the hellish ways many people see them when they face financial duress. And now Neighbors from Hell: An American Bedtime Story has been published, by Feral House. (There's also an awesome audiobook version, recorded by progressive TV and radio host Thom Hartmann, which you can catch at the end of this article.)

The story starts with a boy asking his father for a different kind of bedtime story, about the monsters who live in the neighborhood. The dad takes a breath, and in rhyme, describes the activities of a bunch of monsters in the neighborhood, starting with Rhonda the reality star, who lives just down the street.

You know the big house where the camera crews roam?

That’s what Rhonda and her family call "home."

The network tells Rhonda to sob and be mean;

She’s paid by the tantrum, makes hundreds per scene.

They film her daily from breakfast to breakdown;

And applaud when she treats her “close friends” to a takedown.

Rhonda stumbles along between botox and detox,

And her big life dilemma is, “White socks or pink socks?”

So if you ever see them, run home from school;

They’ll hurt you and hope that it gets on the show;

“The worser the better” is all that they know.

Neighbors from Hell ends tragically, as life often does for people who are living on the financial edge.

Watch the video of the book, accompanied by Thom Hartmann below: