"No one stops to think about the babies": Murder, mass incarceration & the kids left behind

A new video, "The Babies," explores what happens to the children of the community when the men aren't there 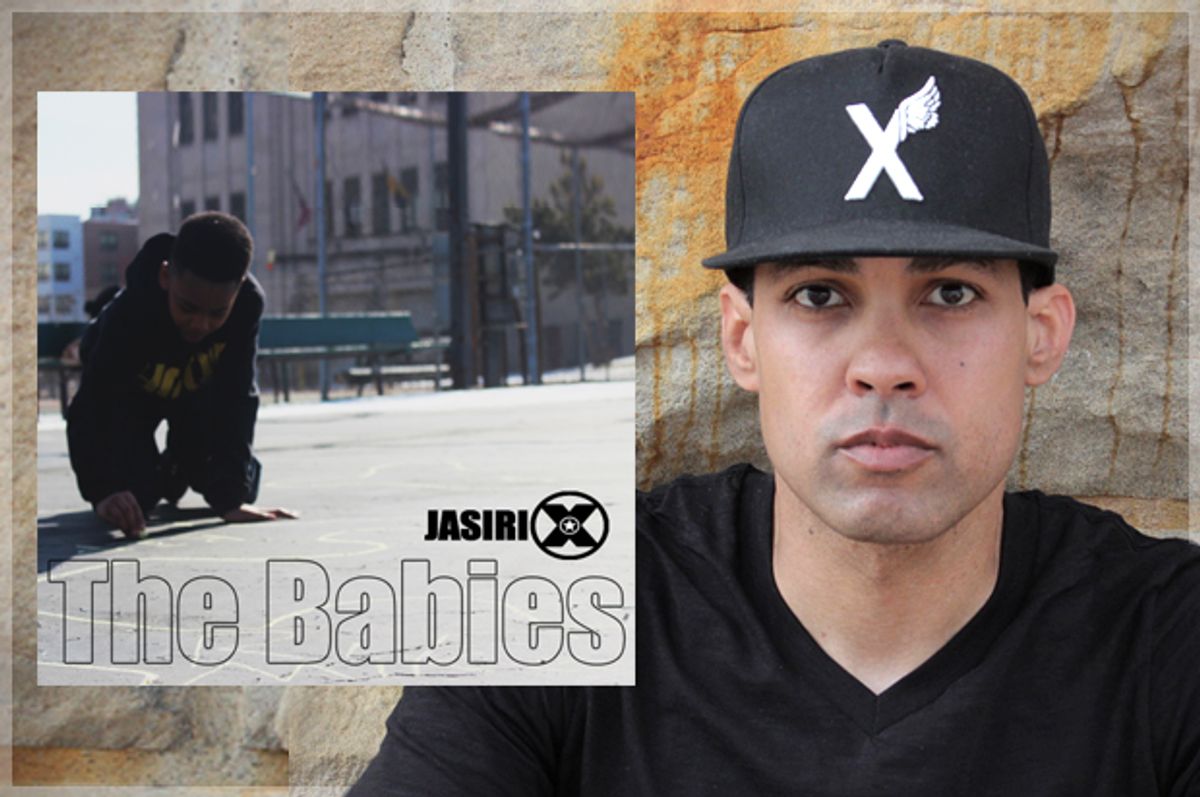 This essay is part of the “Shifting Perceptions: Being Black in America” series commissioned by the Perception Institute. The entire series can be viewed at www.perception.org

Samuel DuBose was on his way home to watch a movie with his 9-year-old son, Samuel Jr. According to Samuel Jr., "He was coming home that night and we had a projector so we were going to watch a movie on it but we didn't get to do that ... because he died." University of Cincinnati Officer Ray Tensing shot Samuel in his head after pulling him over for a missing license plate. And while Officer Tensing gets to go home to his family after posting bond, Samuel Jr. and his 12 brothers and sisters will never see their father again.

In New York, almost 120,000 black men between the ages of 25 and 54 are missing from everyday life. In Chicago, 45,000 are, and more than 30,000 are missing in Philadelphia. Across the South — from North Charleston, S.C., through Georgia, Alabama and Mississippi and up into Ferguson, Mo. — hundreds of thousands more are missing.

They are missing, largely because of early deaths or because they are behind bars.

What effect do these missing black men have on the most vulnerable members of our community, our babies? What impact does it have on children to be denied invaluable time with their parents? What does it do to the psyche of black youth to see the people they love being mass incarcerated or murdered? How do they feel when they see their peers killed by the police and their families receive no justice? These are the questions I attempted to explore in my latest video, “The Babies.”

Produced by Idasa Tariq, “The Babies” contains a sample of legendary poet and musician Gil Scott-Heron singing, "but no one stops to think about the babies."  Sadly, I believe he's 100 percent correct. We are often so contradictory in what we say to our children and the way we actually behave, it’s laughable. We suspend children for fighting, while we bomb our enemies. We punish them for lying and stealing, yet reward corporations and politicians for doing the very same thing. It’s my hope that this video will make us think deeply about the need for us to be involved in our communities, and what steps we have to take as a country, to truly make America a place of freedom and justice for all.

“The Babies” was shot by Haute Muslim, edited by Jasiri X, and features performances by A. King, Jannah Johari, L.U.C., Idasa Tariq, Paradise Gray, and Akil Esoon and artwork by D.S. Kinsel inspired by #chalkedunarmed