Bill O'Reilly tweets about Ferguson — and his followers get super racist 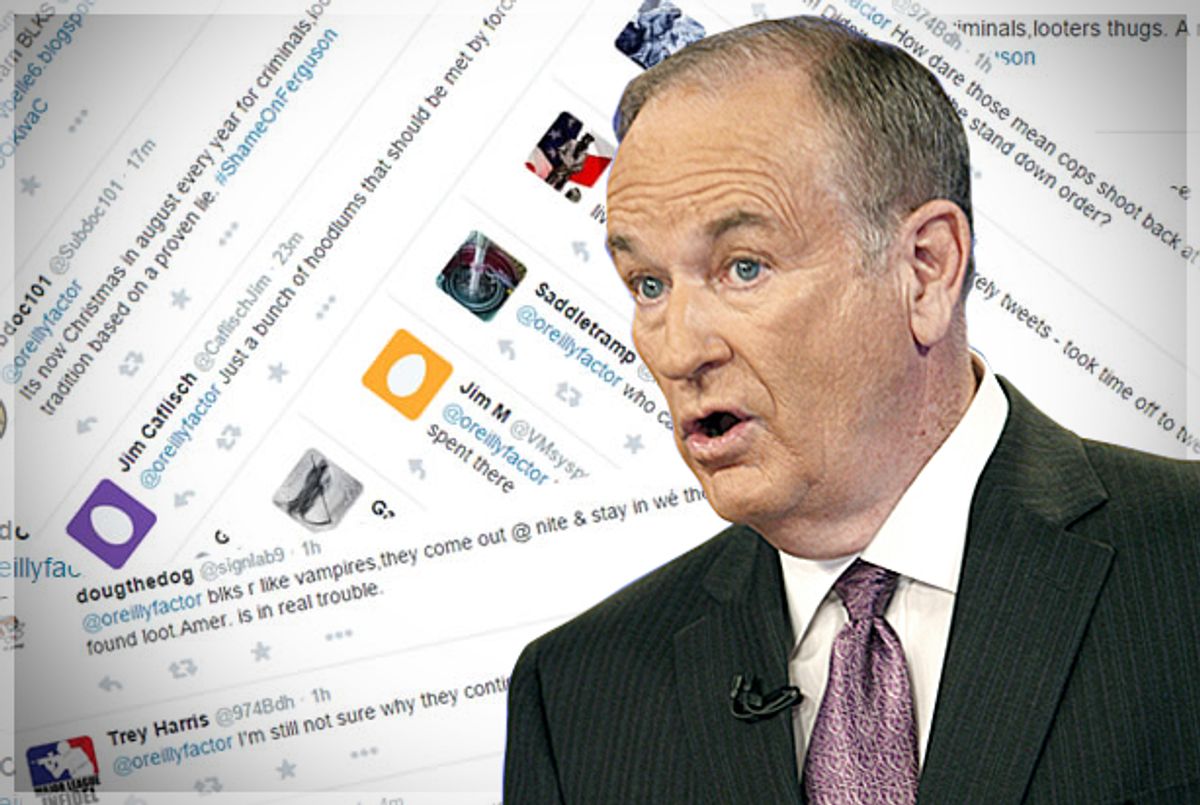 Black America's Greatest Champion, Fox News' Bill O'Reilly, tweeted out a simple, declarative statement about last night's shooting in Ferguson, Missouri and the response was, shall we say, an education in the effectiveness of conservative dog whistles.

Conservatives' racist shorthand has reached IRTNOG-levels novel of condensation, such that simply by indicating that there's been "Gunfire at Ferguson protest," O'Reilly's followers knew exactly how to apportion blame -- namely, on the "animals":

Or other black leaders:

Or the Obama administration:

It could possibly be "their rapist minds" that's the problem:

Or the fact that they're "vampires":

But it certainly isn't the police officer's fault: