Donald Sterling is suing TMZ over his infamous racist tirade

Finally, another Donald in the news! 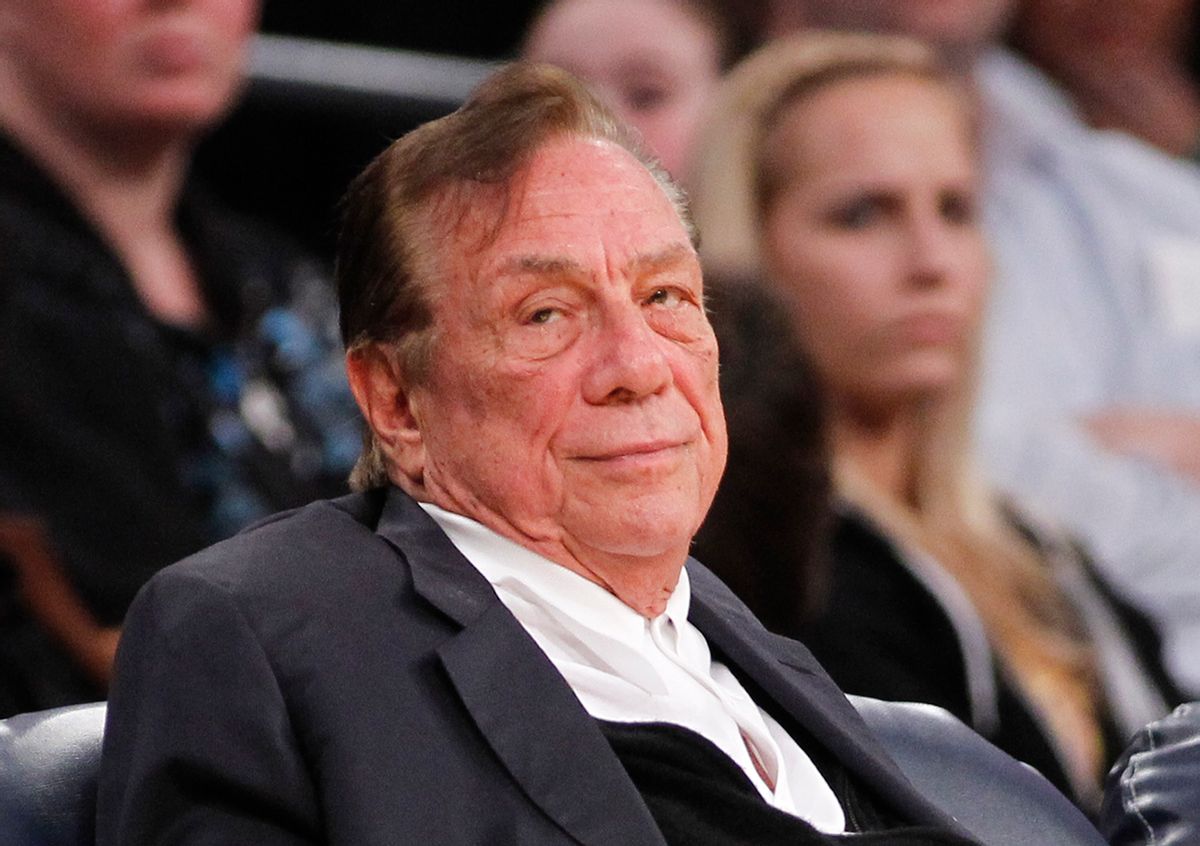 FILE - In this Dec. 19, 2011 file photo, Los Angeles Clippers owner Donald Sterling watches the Clippers play the Los Angeles Lakers during an NBA preseason basketball game in Los Angeles. The future of the Clippers is closer to decision as testimony resumes Monday, July 21, 2014, in a probate trial over whether a deal negotiated by Donald Sterling's estranged wife to sell the team for $2 billion is authorized under a Sterling family trust. (AP Photo/Danny Moloshok, File) (AP)
--

In the recording, Sterling could be heard telling his mistress V. Stiviano that he didn’t want her inviting black people to his games. NBA commissioner Adam Silver took immediate action after hearing the audio and issued Sterling with a lifetime ban from the NBA.

Today, the saga continues as TMZ reports that Sterling has sued both Stiviano and the celebrity gossip website for leaking that infamous, career-costing recording.

Sterling filed the lawsuit Friday in L.A., claiming that TMZ’s post had damaged him "on a scale of unparalleled and unprecedented magnitude."

According to TMZ, Sterling is claiming “Stiviano ‘surreptitiously' recorded their convo sometime between September 2013 and April 2014 -- and then either she, or her agents, provided that recording to TMZ.”

In other Donald news: The ex-NBA powerhouse also filed for divorce from his wife this week, who is awaiting $2.6 million from Stiviano in a separate court case.