"How do you even do that?": Fox & Friends predicts mass confusion over Target's decision to use gender neutral labeling 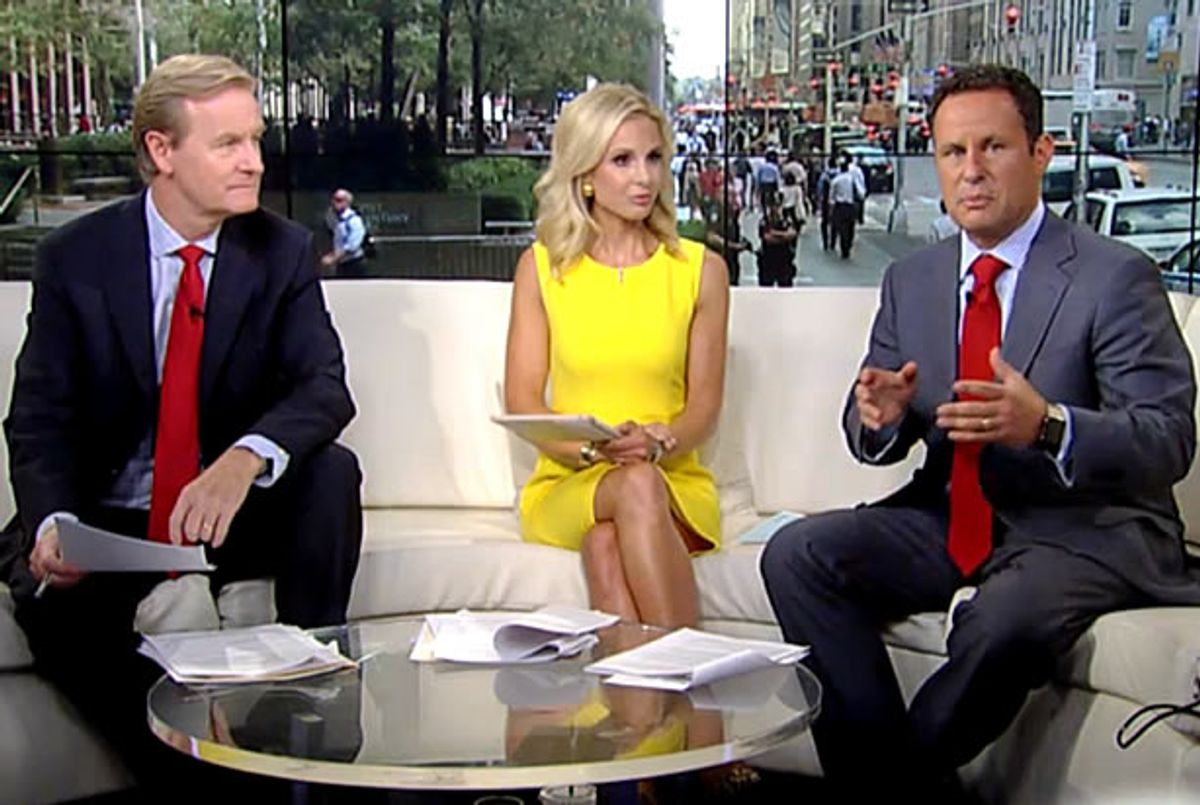 "They're going gender neutral," Doocy said, "whatever that means."

"How do you even do that?" Kilmeade asked as Hasselbeck explained that they were removing or altering the signs that indicated that certain products were intended for a particular gender.

"But those always helped me!" Kilmeade replied.

Doocy threw to Alcides Segui, a reporter from Fox affiliate WTVT in Tampa, who was live in front of a Target store that was about to go gender neutral. "Is this going to confuse you?" he asked. "Because it's going to confuse me."

Segui explained that the company was making these changes after it received thousands of emails and messages via social media "from people asking this retailer to remove the gender-based signage from within the store itself...and now they're making some changes."

Those changes include no longer using blue and pink paper to indicate the gender for which a product is supposedly designed, and removing signs in the bedding and toy aisles that do the same. Segui reiterated that the changes "come as a result of customer feedback," a fact that Kilmeade simply refused to believe.

"Wow," he said. "Who are we helping? The nine people who are upset by this? If you go buy a gift for a boy who is nine or six or a girl who is nine or six, you want to be able to go to that section and pick out a toy they might want. Now you have to sit there and look at a blended area and wonder, ‘Is this for a boy or a girl?""

Doocy agreed, saying "How many times have you gone into a store -- when I go to buy glasses, and all of them are up on the wall, I will ask the sales-person, 'Are these men's or women's?'"