I had an abortion at Planned Parenthood -- and I'm not ashamed

I never thought I'd tell this story, but I want to repay a debt. I stand with PP now, because they stood with me 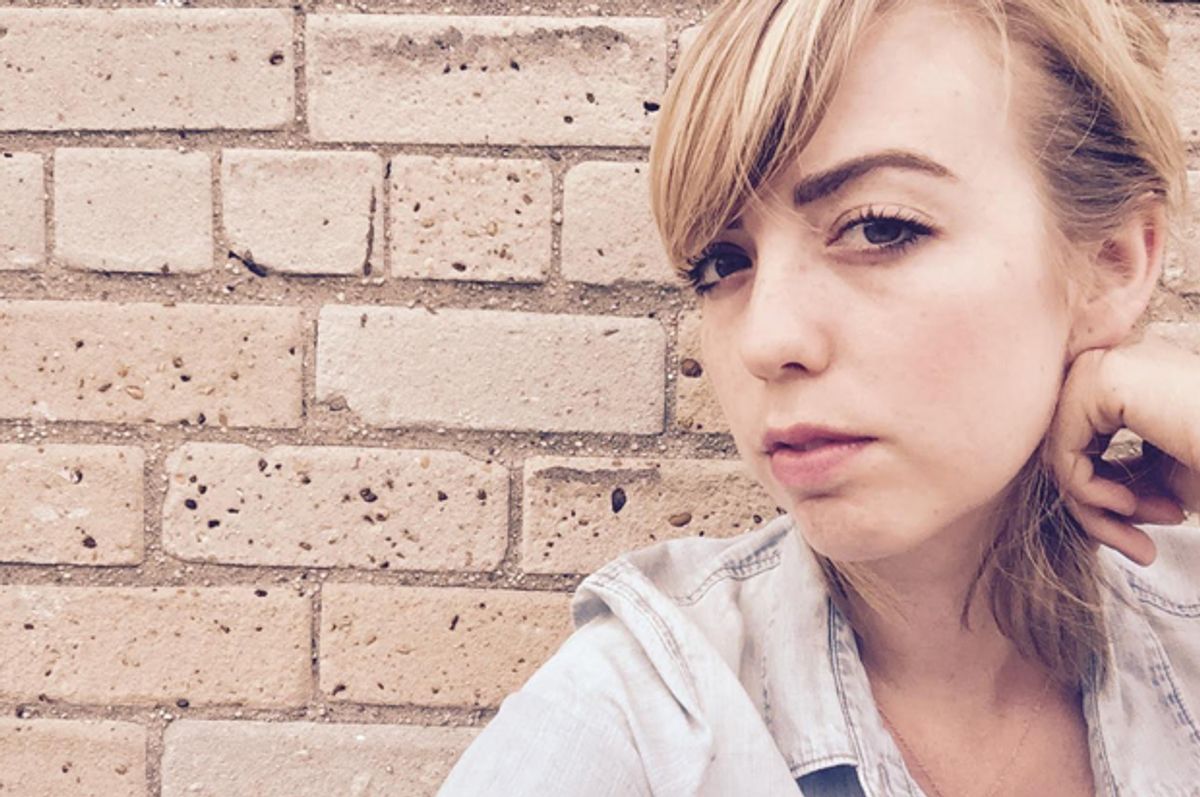 Three years ago, I had an abortion at Planned Parenthood. It was obtained legally, supported by those closest to me, and I have never regretted it for a second since, circumstances that unfortunately don’t apply to every woman who elects to terminate a pregnancy.

I understand that telling my story in a public forum might offend some people — that my decision, on its own, might offend them as well. Perhaps if I were your wife, or daughter, or friend, you might find some way to reconcile my agency over my body with your own beliefs, but I’m just some random girl you’ve never met, telling you something you didn’t ask to know, but something I have come to think of as important testimony: I’m one of the many Planned Parenthood clients who had an abortion there, a service that represents only 3 percent of its business.

I didn’t have an abortion because I was raped, or because my life was in danger, or because the fetus was the product of incest. I had an abortion because I had recreational sex, got unintentionally pregnant, and wasn’t ready or willing to be a mother. This is something I haven’t written about before, but there comes a point when staying silent begins to look like shame — and I am not ashamed.

I am, however, scared. I’ve told maybe a dozen people about my abortion, and shared the fact that I was going to write about it with even fewer, because, amazingly, we live in a world where the latter decision represents a greater threat to my health and safety than the former. The fact that writing about an abortion puts me in greater danger than actually having one is unacceptable, and fear is not going to keep me from speaking up anymore. Because I owe Planned Parenthood a debt. Planned Parenthood supported me at a time when I desperately needed it, and I want to support them now.

Back in 2012, when I first discovered I was pregnant, the man I was seeing at the time was so flustered and without resource that he typed “abortion.com” into the search bar of the browser. I don’t blame him, because that was a scary moment for both of us. Fortunately for me, I knew better. I had been going to Planned Parenthood since 16, when a doctor recommended I get on the pill to regulate my menstrual cycle, and I trusted them explicitly with my health because I knew they trusted me explicitly with my body and my future. I didn’t have to tell them I was a 24-year-old working in a restaurant, living in a studio apartment in New York City. I didn’t have to explain that although I think I do want children someday, this man is not the person I wanted them with. I didn’t have to convince them I deserved their respect and kindness; they gave it willingly. And most important, I didn’t have to apologize. I still don’t.

I was five weeks pregnant when I arrived at the facility on the morning of my abortion. A Planned Parenthood representative came to retrieve me from the curb and usher me past the picketers with their signs and photos. Once inside, every single person I interacted with looked me directly in the eye — like a person! — and asked me how I was feeling. Alexis, welcome. Alexis, how are you doing? Alexis, is there anything I can do for you? As I was shuttled from station to station in preparation for the procedure, everyone I encountered was capable, efficient and dedicated to making one of the most difficult days of my life as comfortable for me as possible. They provided me with resources, with support, and with honest, professional assessments offered without judgment so that I never felt pushed or prodded in any direction.

As I lay back on the operating table waiting to go under, the full weight of what I was doing began to dawn on me. I’ve been pro-choice as long I can remember, but it was a choice I was hoping I’d never have to make. I have always spoken up for women’s rights, but when the moment came to actually claim one of those rights, a lifetime of conditioning kicked in and I was flooded with exactly the types of toxic judgment that have kept me silent all these years. You’re disgusting. You’re alone. You made a mistake. This isn’t right. You’re nobody. You’re nothing. Hot tears ran down the sides of my face, and ever mindful of being a good patient, I apologized to the cluster of medical professionals at the foot of my bed.

I apologized because I was scared, because although I was sure of my decision, I was sorry to have taken up so much of their time with a mistake I caused in the first place. I apologized because that’s what is expected of me, and what I expected in return was to be ignored or for my feelings to be dismissed. But instead, the doctor who’d introduced herself as the woman completing the surgery, the one who knew the most about my mistake and my shame and how much space I was accidentally taking up in the world, told me it was OK and reached her hand up to hold mine as I went under. It is, to date, the kindest thing a stranger has ever done for me.

I also never thanked her for it, so that’s what’s happening right now. As I sit in my apartment with snot running down my face and a sickness in my stomach imagining telling strangers this secret-that-should-not-be-a-secret, there is very little I can do to protect the institution that protected me, and that feels terrible. Never mind the fact that I’m sharing information with people who can’t be trusted with it, who haven’t earned it, and who won’t be nearly so delicate and respectful of my decision. According to them, perhaps, there was a window in which it was acceptable for me to have thoughts and feelings about my abortion, and it is now closed, and I’m supposed to put my head down and stay quiet and be thankful that I was given the gift of my own life, the way I want it.

But I’m going to do something else, which is to share the facts of a day that was simple in some ways but unbelievably profound. I wish I’d done it sooner. So thank you, Planned Parenthood, for my abortion. I stand with you because you stood with me.

Alexis Rhiannon is a freelance writer living in New York City. She’s written for outlets including Good Housekeeping, Bustle, xoJane, and Reductress, and was previously the Entertainment Editor at Crushable.com.