Rand Paul has a mind-numbingly asinine explanation for income inequality 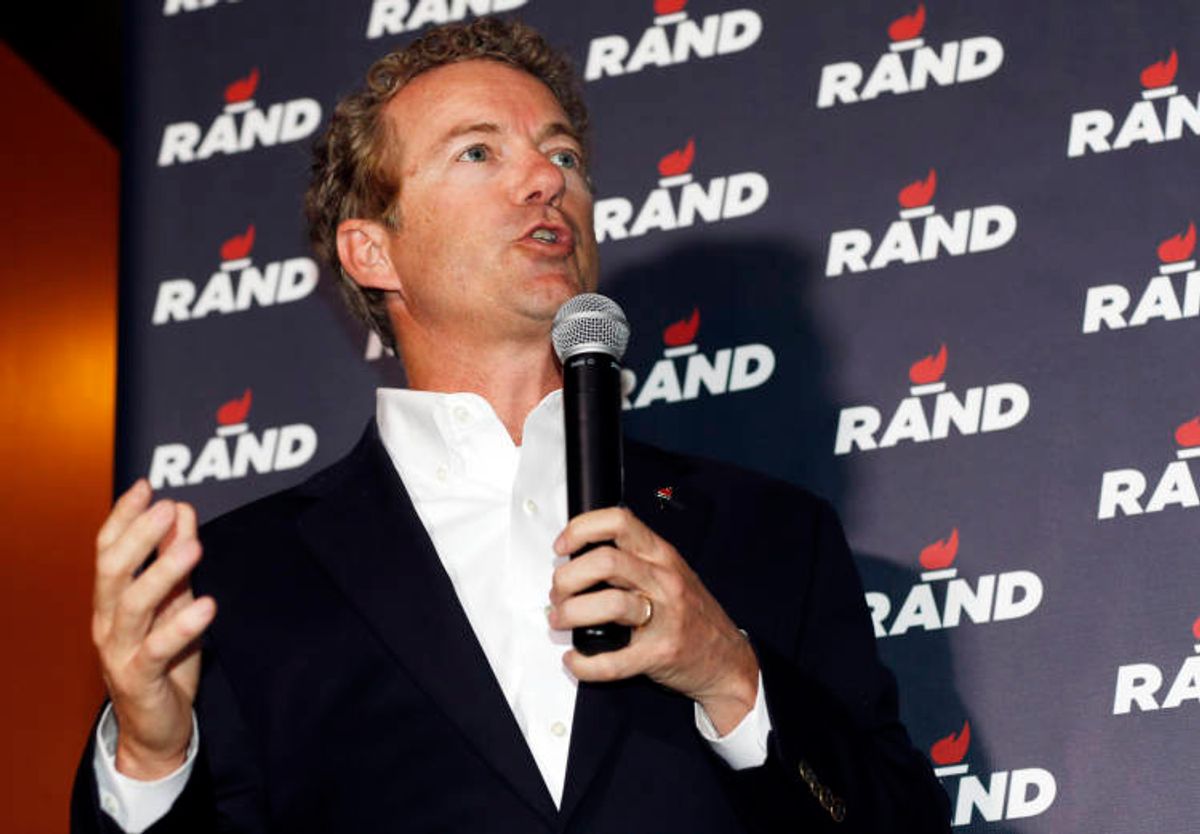 Kentucky Senator and Republican presidential candidate Rand Paul has a flat tax plan meant to apply to corporations, the 1% and the working poor alike that would increase the deficit by $3 trillion over 10 years without significant spending cuts. But it's Paul's thoughts on income inequality that reveal just how extreme Paul's economic agenda really is.

This weekend, Paul appeared on Fox News Sunday where host Chris Wallace asked him if he believed his flat tax plan was "fair" and if it would "massively increase income inequality," citing an analysis by the nonpartisan Tax Foundation: (emphasis added)

PAUL: Well, the thing is income inequality is due to some people working harder and selling more things. If people voluntarily buy more of your stuff, you’ll have more money. And it’s a fallacious notion to say, ‘Oh, rich people get more money back in a tax cut.’ If you cut taxes 10 percent, 10 percent of $1 million is more than 10 percent of $1,000. So, obviously, people who paid more in taxes will get more back. Although Paul's plan does allow for a generous standard deduction on income under $50,000, his answer on the origins of income inequality instructs us that he is a true believer in failed trickle down economic policy and a sucker for the dubious "hard work equals financial success" notion. "We all end up working for people who are more successful than us," Paul continued, "and that's a good thing, that more money will be back in the economy."

But Paul's explanation of income inequality, as elementary as it may sound, fails to consider that many of the wealthiest Americans amass their wealth not by "working harder" and earning generous salaries but rather from interests in investments. That's not even the "selling more things" Paul seems to think makes people rich in this nation.

But perhaps Paul's revelation that he believes the working poor have simply failed to work hard enough may garner his flat tax plan the attention he's so desperately been seeking.