A hard truth for Fox News: They need Donald Trump more than he needs them 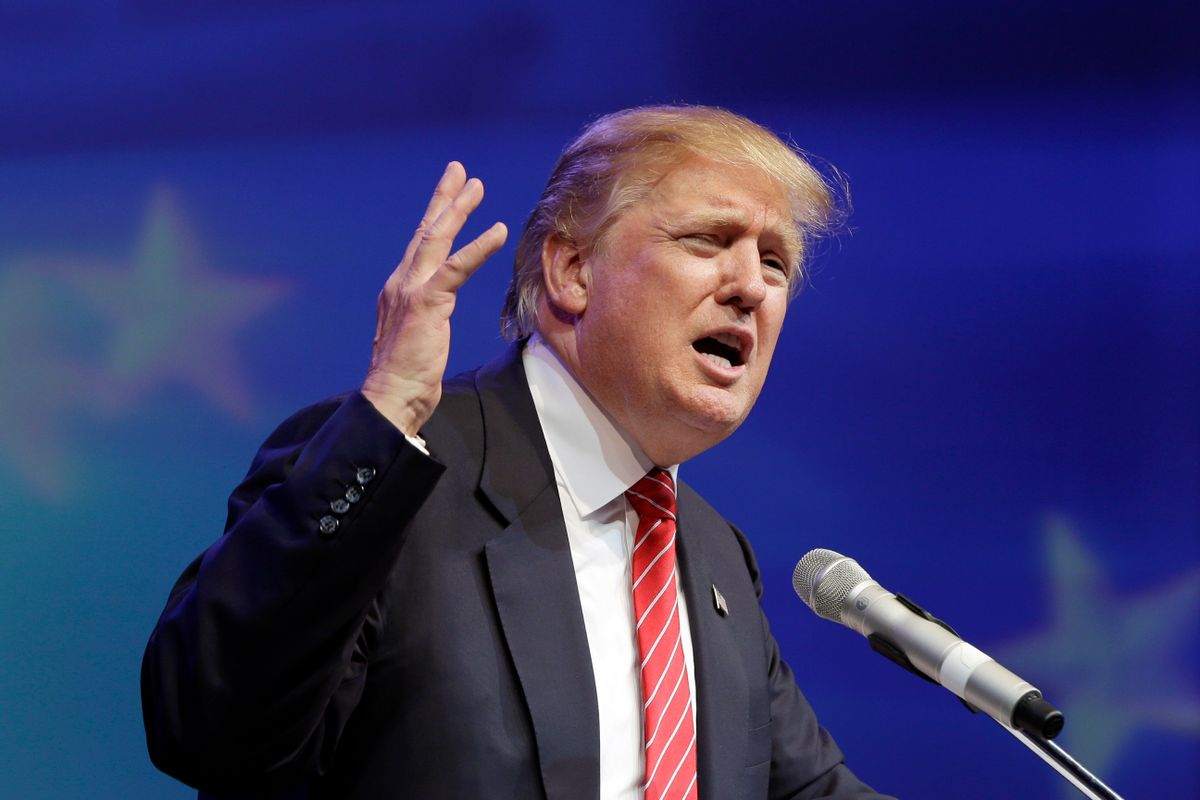 In this July 17, 2015, file photo, Republican presidential hopeful Donald Trump speaks at the Republican Party of Arkansas Reagan Rockefeller dinner in Hot Springs, Ark. Trump faced an avalanche of fresh criticism July 20 for questioning Sen. John McCain's heroism. But hes getting no pressure at all from the one community that could push a candidate out of the 2016 presidential race: political donors. (AP Photo/Danny Johnston) (AP/Danny Johnston)
--

Fox News isn’t known for taking criticism well. The conservative cable network is fiercely protective of its image and will respond harshly to public attacks, typically in the form of an all-hands-on-deck pushback against whoever dared slight them. Whenever the Obama White House, for example, offers an unflattering assessment of Fox’s news coverage, the network will whip itself into journalistic high dudgeon, throw the criticism right back in the administration’s face, complain that it is under assault by the president, and argue that Obama is merely chafing at the fact that Fox tells the HARD TRUTHS that the administration would rather avoid. “It’s a lot easier for the president to demonize Fox News – which tells the truth – than it is for him to stress personal responsibility to the liberal precincts who don’t want to hear it,” Bill O’Reilly clucked this past May after Obama dinged Fox for its absurd and insulting coverage of poverty issues. When you attack Fox, you’re inviting harsh blowback.

Unless, of course, you’re Republican presidential frontrunner Donald Trump, in which case the normally pugnacious network will unilaterally disarm and hasten to make peace with you. After last week’s Fox-hosted Republican primary debate, in which the moderators pressed Trump on his financial and moral bankruptcies, The Donald embarked on a scorched-earth public relations campaign against the network generally and primetime host Megyn Kelly specifically. Trump doesn’t take criticism well either, and he took the fight to Fox News chief Roger Ailes, vowing to never appear on Ailes’ programs again and making a point to appear on just about every television network this past weekend except Fox News. And, as Joan Walsh writes this morning, Ailes quickly surrendered and pressed Trump for a ceasefire.

What happened that left Ailes so uncharacteristically unnerved? As reported by New York Magazine’s Gabriel Sherman, Fox’s audience was firmly in Trump’s camp:

Ailes's diplomacy was the result of increasing concern inside Fox News that Trump could damage the network. Immediately following Thursday's debate, Fox was deluged with pro-Trump emails. The chatter on Twitter was equally in Trump’s favor. “In the beginning, virtually 100 percent of the emails were against Megyn Kelly,” one Fox source, who was briefed on the situation, told me. “Roger was not happy. Most of the Fox viewers were taking Trump’s side.”

This should not have come as a surprise to Ailes or anyone at Fox News, given that the network has been hyping Trump’s political future for years. Fox News was unabashedly pro-Trump right up to the moment the debate started. Roger Ailes turned Donald Trump into someone Fox News viewers would love, so naturally when they tried to kill off this beloved character they’d created, the blowback was intense.

In response, Fox News – which had drawn heaps of praise from journalists for its hard-nosed confrontation with Trump – sanitized and scaled back its Trump coverage of the Republican frontrunner’s sexist and insulting broadsides against Fox News employees. “After Trump started complaining,” CNN’s Brian Stelter wrote, “Fox dramatically ratcheted down its coverage of the candidate. The channel barely covered Trump's criticisms of the moderators Kelly, Chris Wallace and Bret Baier.”

You’re unlikely to see a better demonstration of where Fox News’ priorities lie. The network provoked a confrontation with an influential and ambitious political figure – something you would expect a news outlet to do – but immediately backed off out of concern that keeping up pressure on Trump would hurt its brand and bottom line. Ask yourself this: when was the last time you saw the head of a news network negotiate with a public figure over how they should be covered? Because that’s what Ailes did, and Trump clearly got the better of the agreement. The détente led to absurd moments like this one from last night, in which Trump attack dog Michael Cohen informed Sean Hannity that the Trump debate controversy is over, and Hannity happily agreed:

HANNITY: OK. Let's go to the controversy surrounding the debate. And there's been a lot of back and forth since the debate. But you have some news to tell us that it's kind of over.

COHEN: It is over. Mr. Trump and Roger Ailes spoke today. Mr. Trump has been assured by Roger Ailes that he's going to be treated fairly and equally, and the entire incident with Megyn Kelly is now over. Nothing else to report on that.

HANNITY: And I'll be talking to him tomorrow, which is -- we're looking forward to seeing him.

Megyn Kelly, for her part, issued her statement on the Trump fiasco last night, refusing to respond to Trump’s grossly sexist remarks but also saying that she “will not apologize for doing good journalism.” Fair enough. Roger Ailes and the rest of her colleagues are doing the apologizing for her.