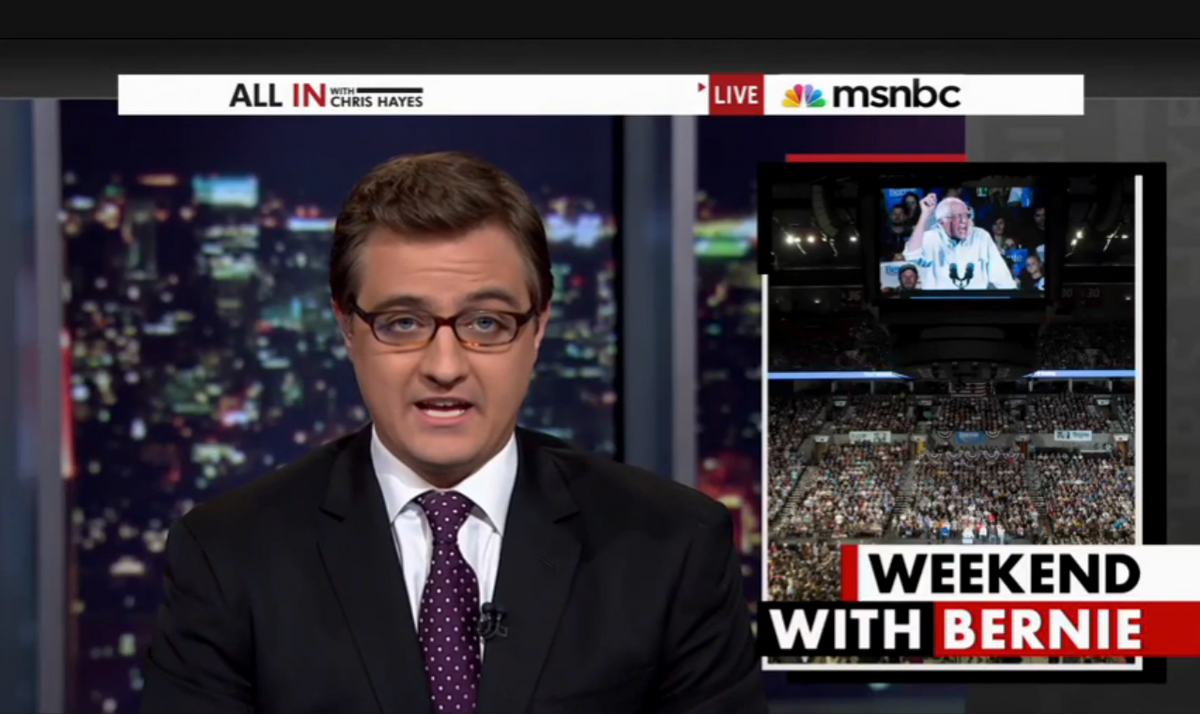 Black Lives Matter protestors forced Bernie Sanders off the stage just as he was about to deliver a speech at a Seattle event on social security and medicare on August 8, demanding that he be "held accountable" for his inaction to promote racial equality. On his show last night, Chris Hayes spoke with State Senator Pramila Jayapal who attended the event. Jayapal said that it left her feeling "heartbroken."

"It made us realize that there's a lot that has to be done still to really make sure that our most progressive presidential candidate is going to put racial justice up front and center," she said.

Hayes noted that "the most intense energy in the Democratic party right now" is with Black Lives Matter activists and those coalescing around Bernie Sanders. "The question is, whether those two things can be fused," he said.