Donald Trump says he's "the most militaristic person there is," proves it by demanding "we bomb the hell out of" Iraq, Iran, and ISIS

"ISIS has better Internet connections than the U.S.," he said, "they're training our kids through the Internet!" 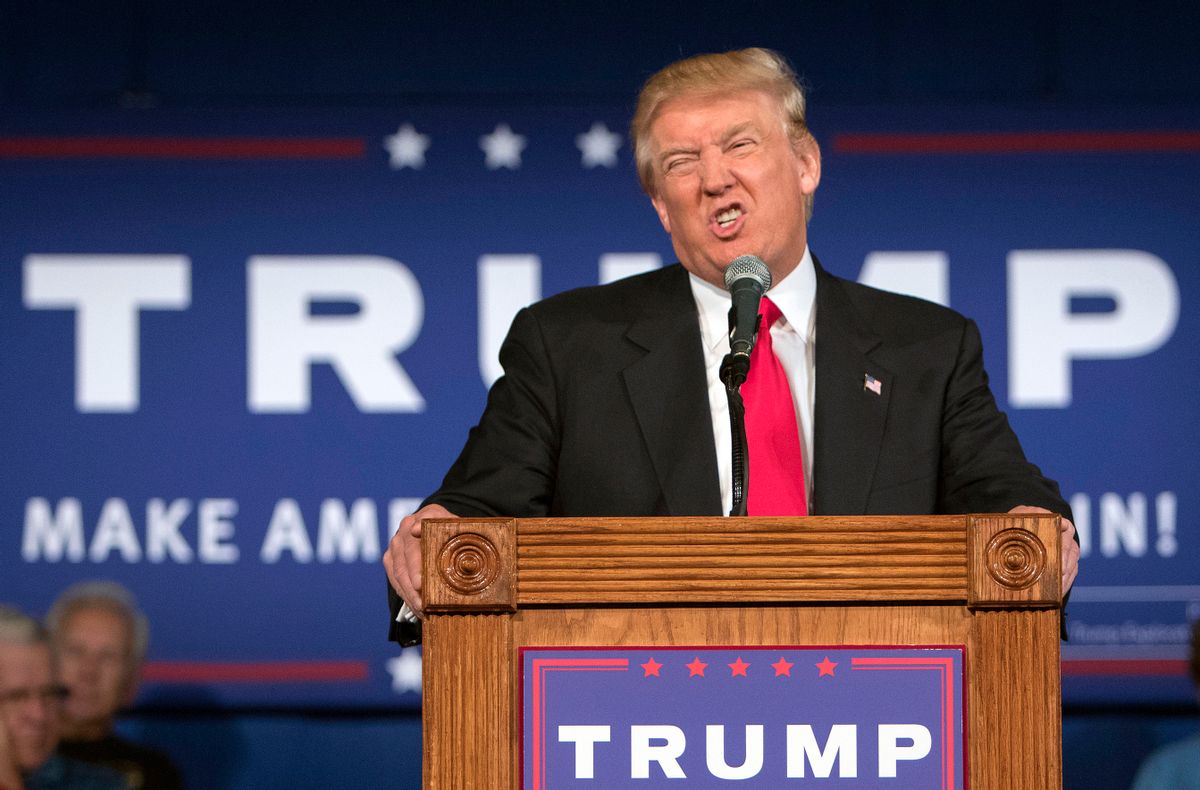 Now that Donald Trump and Roger Ailes have reconciled after a brutal 96-hour-long estrangement in which both sides said many things they lack the moral capacity to regret, the GOP presidential hopeful was free to appear on "Fox & Friends" this morning to complain about, among other things, ISIS's superior Internet connections.

But before he could do that, he and co-host Steve Doocy needed to make nice before the world. "Glad to you have back on," Doocy said, "and I'm glad we're friends again."

"We are friends, Steve, we've always been friends, and it's great to be back with you," he said with a heavy accent on that final "you," almost as if to suggest that there are some Fox News hosts he'd rather not be talking to.

Having dispensed with the niceties, Trump proceeded to tear into fellow Republican Scott Walker, saying that his sinking poll numbers in Iowa are indicative of his inherent inelectability.

Doocy proceeded to test to the limits of their newly restored friendship by asking him one of the same questions that infuriated him during last week's debate, and just as he did during the debate, Trump refused to rule out running as an independent if he didn't score the Republication nomination. "I do want to keep that door open if I'm not treated fairly," he said.

Oddly, he also chose to repeat the critique Rand Paul has been leveling at him since the debate, only he used it against former Florida Governor Jeb Bush. "Every one of those people [who donated to Bush] is getting something," Trump said. "I know half of the people, I probably know all of the people. I used to be one of those people. Those people are expecting big, big things, and those things are counter to the good of the country."

Doocy switched the subject to ISIS, and Trump said that he wasn't a fan of "going into Iraq, because I thought it would destabilize the Middle East...and yet, I'm the most militaristic person there is. Now that we're there and we have these people cutting off Christian's heads and everybody else's heads, and they will come for us if we don't come for them -- we need to cut them off from their wealth, cut them off from their oil."

"We've got nothing," he continued, "they won't even take our phone calls. Iran is taking over Iraq 100 percent, so I say this: We bomb the hell out of them, take the oil. We thereby take their wealth, they have so much money -- they have so much better Internet connections than we do in the United States, they're training our kids through the Internet!"