Fear not, "Flight of the Conchords" fans: Jemaine Clement makes his leading man debut in “People Places Things," but he's not abandoning comedy any time soon

Clement spoke to Salon about the new film, working with Judd Apatow, poaching Dan Harmon and his new comedy project 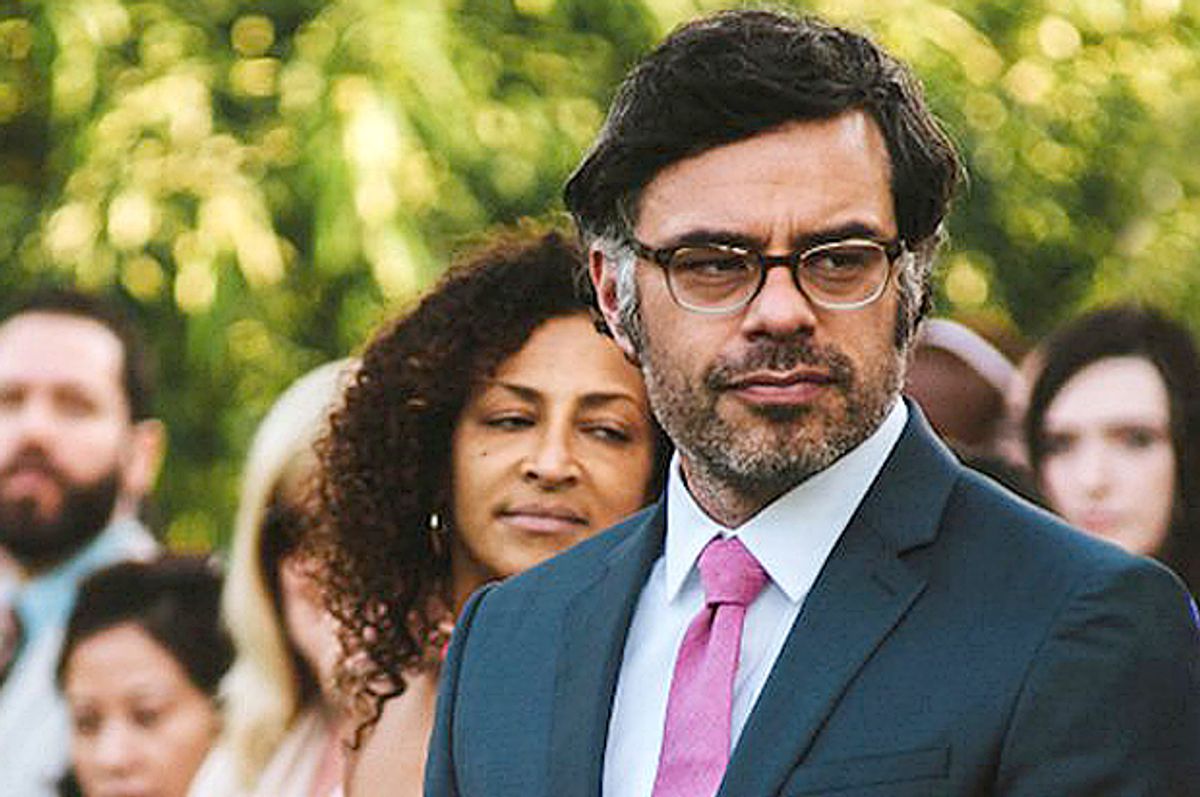 In James C. Strouse's new film "People Places Things," Jemaine Clement stars as Will, a Brooklyn-based cartoonist and School of Visual Arts teacher whose life unravels when he finds his girlfriend Charlie (Stephanie Allynne) cheating on him with their friend Gary (Michael Chernus) at their twin daughters' fifth birthday party.

"People Places Things" is the first dramatic leading role for Clement -- best known for his work as part of New Zealand comedy duo "Flight of the Conchords," alongside Bret McKenzie -- yet one that still finds room to showcase Clement's impeccable comedic timing and deadpan one-liners. Supported by an impressive comedic ensemble, Clement's charisma anchors the film, and he is entirely convincing as Will, a newly single father navigating loneliness, creative crises, and a burgeoning relationship with Diane (Regina Hall), the mother of one of his students ("Daily Show" breakout star Jessica Williams), in this sweet, soulful indie that skillfully walks the line between humor and pathos.

We spoke to Clement about "People Places Things," which premieres August 14, as well as his  many comedy projects, including his recent appearance on "Rick and Morty" and his forthcoming comedic anthology series on HBO, produced by Judd Apatow and created with his "What We Do In the Shadows" co-director Taika Waititi. Suffice to say, "Conchords" fans need not worry that Clement is abandoning his comedy roots or embarking on a Bill Murray-esque dramatic trajectory. As Clement puts it, "I feel like comedy needs its people. It cant lose them to drama."

The interview has been lightly edited and condensed for clarity.

This is your first role as a dramatic lead. What was it about this script in particular that drew you in?

When I first read the script, I found it funny, but it also stood out as a comedy for being quite real and not nasty. I like that kind of comedy too, but it made it seem different. A lot of scripts seem similar but this was very different, because of the tone and the people it’s about. And for a relationship comedy it’s unusual for so much to be about a breakup.

How would you describe the tone to someone who hasn’t seen the movie?

I wouldn’t describe it, I’d give them a link to the trailer.

And then a link to the movie.

Yeah. And then maybe I’d send them the script, and they could read that. [Laughs] How would I describe the tone? I guess it’s more like people you know, things that really happen.

There were some great comedic touches that felt very Jemaine-esque to me, like when one of your students says “that’s random” and you shut him down by snapping “you’re random,” or when you refer to yourself as a “sassy little Hobbit.” How much of that --

Oh, how much was improvised? Those lines were both improvised.

I know the character is loosely inspired by Jim [director and writer James C. Strouse's] own life. How much of the character was on the page when you got the script verses a character you drew from your own experience and method?

It’s funny to think of characters like that because bits of them come from different places. Some things that he’s dealing with Jim went through, some things, the way he puts things, are from me, somethings might have happened from Jim’s friends or people I’ve observed. It’s not a real person. It’s made up from lots of different things and hopefully at the end people believe it’s a credible person.

All the characters felt very real. After I watched it, I was convinced for some reason that you had drawn all of Will's cartoons.

I did do some of the drawings, I did the ones on the kites and the graffiti. I was quite nervous about doing a lead part but then quite early on Jim gave me all these drawing projects to do. Me and Jim had sent each other drawings we’d done, like: I drew this, I’m trying to practice drawing so I’m ready to do the film. Because they did give me a little to do, not very much. But then he said, I want you to graffiti the posters [a set of posters of his wife's new partner that Will defaces]. And then I had all these posters, and the first one I had to make Michael Chernus look like Adolph Hitler. And Michael’s hair was parted on the other side, and when you make Hitler’s part on the other side it doesn’t look like him. So I was like, how am I going to do this? And suddenly that was the main thing I was worried about, getting home at night after shooting and then like doing another one of these posters. Then I didn’t really worry about the film, I was more concerned about getting these posters right.

They were great posters.

Thanks. It took pressure off the film. In between takes sometimes, [James] would go cut! And I’d go ahead and work on the poster.

I saw you tweeted recently about 'dad bod' when you were promoting the film. What was the Brooklyn dad aesthetic you guys were going for here? Did you wear your own clothes?

A lot of my clothes, the costume people had just copied off what Jim wears. So we had exactly the same kind of pants, exactly the same kind of shirts. And sometimes I would turn up and we’d be in pretty much the same clothes. You’ll notice him if you see him [in person] that he’s dressed exactly like the character in the film. You’ll notice it’s subtle differences like he’ll always roll the sleeves to here [points to elbow] whereas I roll my sleeves to here [points to a point on the middle of his forearm]. But Brooklyn dad, that’s definitely a look.

The film touches a lot on ideas of depression and loneliness. Are these meaningful ideas for you to address through your comedy?

The people I work with from New Zealand — Taika Waititi, Bret McKenzie, Rhys Darby and some other people from “What We Do in the Shadows” — that is a common thing in our comedy. Loneliness and just sadness in general is a big thing. It’s not so common in American comedy I think. But you do see it sometimes. It’s not something I was heading for because things I’ve worked on have often dealt with that, but this is in a more relatable way where it’s not just making fun of it. Sadness and comedy have this funny relationship. But I think we all go through these feelings. So I think it is good to put them onscreen. One thing that’s been common when we’ve done Q&A sessions for this film is that quite a few people have similar stories and have been through similar things.

Are you looking to move away from comedy and into more dramatic roles?

It’s been a while since I thought about that. I mean, comedy was always more exciting to me when I was starting. And I think I probably auditioned for some dramatic things when I was younger but I’d never gotten them. If this was a straight drama I might not have ended up being in it. No, no. I hadn’t thought about that. I feel like there's a lot of great drama, a lot of people can do it, but there’s not a lot of great comedy. I feel like comedy needs its people. It cant lose them to drama.

Exactly! Speaking of which, are you and Bret going to tour with "Flight of the Conchords" this year?

We were trying to tour this year, but it’s going to be next year.

I’m also really excited for your new HBO anthology series [co-created by Waititi and produced by Judd Apatow]. Do you guys have a date for that yet?

No, no. It’s filming early next year.

What has it been like working with Judd Apatow? I feel like his comedic style is somewhat different than yours.

I don’t know. I think it’s interesting that he produced “Girls,” because he understands it even though it’s so different from what he does. So that gives me confidence. There’s quite a range in the films that he has produced. It's been good working with him. He has good notes. I feel like he knows. We’ve written a few scripts for it and the notes we usually go mmhm, yeah, he’s right. The notes are always mostly what’s wrong with us. And then he tells us and we go yeah, sometimes we knew it, we should have seen that. So he’s good, he’s really good.

I recently saw your "Rick and Morty" episode, which was brilliant. How did that appearance come about?

Bret and I tried to hire Dan Harmon I think three times for "Conchords." We had a deal with NBC before we worked with HBO and they had introduced us to Dan Harmon but the person from NBC said — the networks were a bit funny about him — he’s sort of a rebel [Laughs]. But we loved "Heat Vision and Jack," it’s a pilot that Dan Harmon did with Rob Schrab — and then we tried to hire him for HBO, cause we went oh, HBO won’t mind! And then we had the same thing. I think he had just been fired from "The Sarah Silverman Show" and we went oh Dan Harmon’s free! No, we tried to get him at the start, they wouldn’t let us and we ended up being the head writers ourselves. And then we heard he was fired from that and we tried again. Three times. And that’s how we met Dan.

In terms of asking you to do "Goodbye Moonman," did Harmon just say we know you do a good Bowie impression, come do it for us?

I don’t do a good Bowie impression! That’s the thing. I’ve heard way better impressions. But yeah. Obviously that Bowie episode has been responsible for a lot of jobs in America that people think I can do.