Seth Meyers demolishes the Donald: "Trump is the gift that keeps on giving… women the creeps” 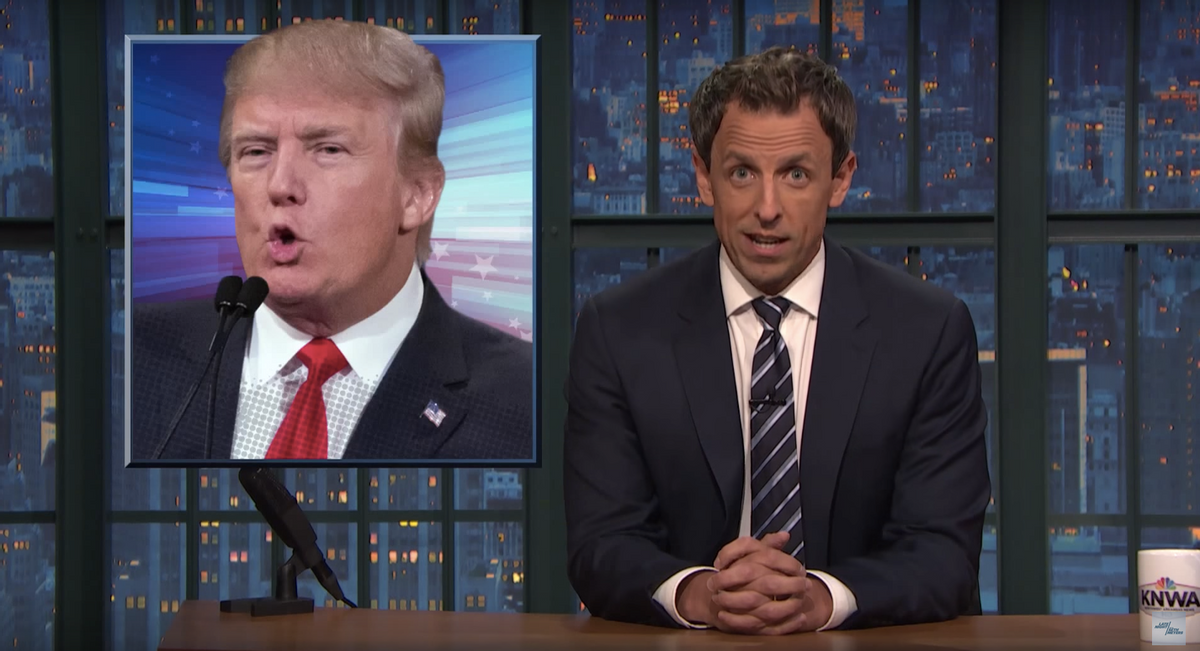 In a Monday monologue from "Late Night," Meyers addressed Trump's disparaging post-debate comment aimed at Fox News' Megyn Kelly and the subsequent claims that he hadn't intended the "wherever" to be a stand-in for "menstruation."

"It should be noted," Meyers said. "Whenever you say 'wherever' instead of nose, it means one of two things: You didn't think you could say nose on TV. Or you forgot the word 'nose.'"