Chris Hayes explains the secret to the American Dream: "Your best bet is being born to a rich person" 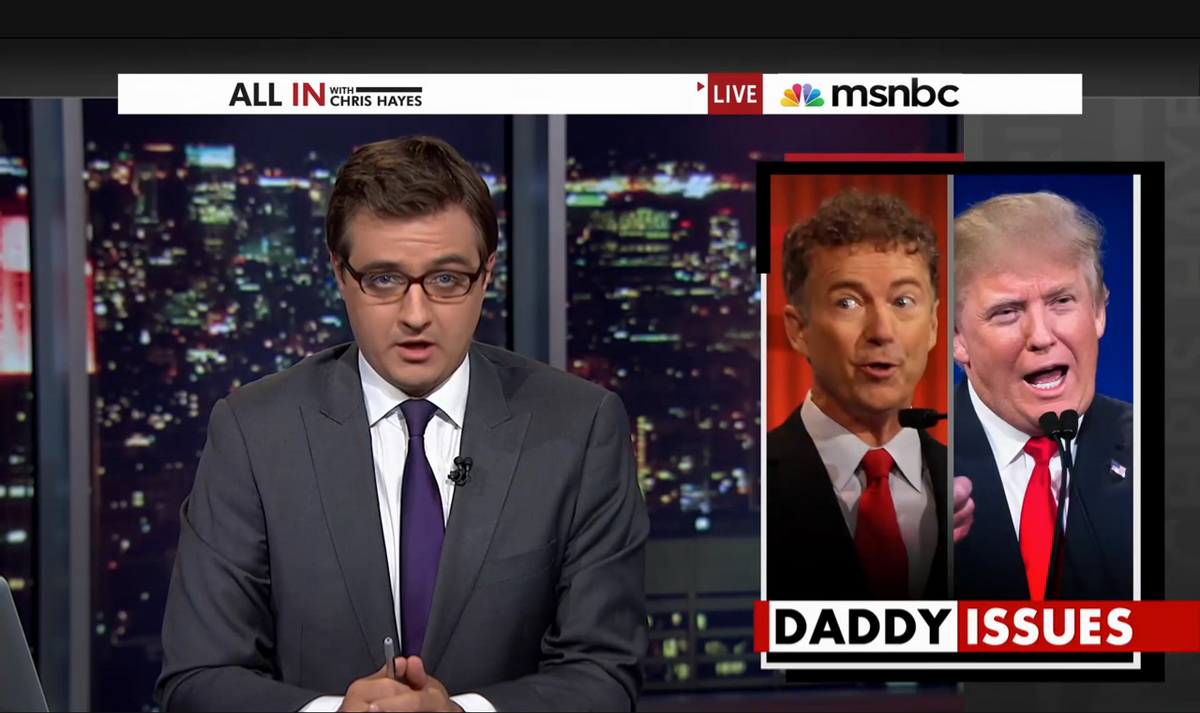 Rand Paul thinks income inequality is the result of "some people working harder than others." At least that's what he said during his appearance on "Fox News Sunday" when asked if his tax plan was fair. Paul's "flat and fair tax" would put a 14.5 percent tax on all incomes, where a family earning more than $1 million would see a 13 percent rise in income, while a family earning between $50,000 and $75,000 would only see a 3 percent rise.

"It is definitely true that some people in America, in the world, do work harder than other people. It is however, deeply unclear the degree to which that has anything to do with the money they make or income inequality," said Hayes.

Hayes then referred to the August 6 Republican debate, noting that presidential candidates Jeb Bush, Donald Trump and Rand Paul -and even broadcaster Chris Wallace- are all children of wealthy and influential men.

"Working hard is great, but your best bet is still being born to a rich person," said Hayes. "If you don't believe me, just ask the Donald."