Linguist John McWhorter decodes the way we talk about politics, gender and race 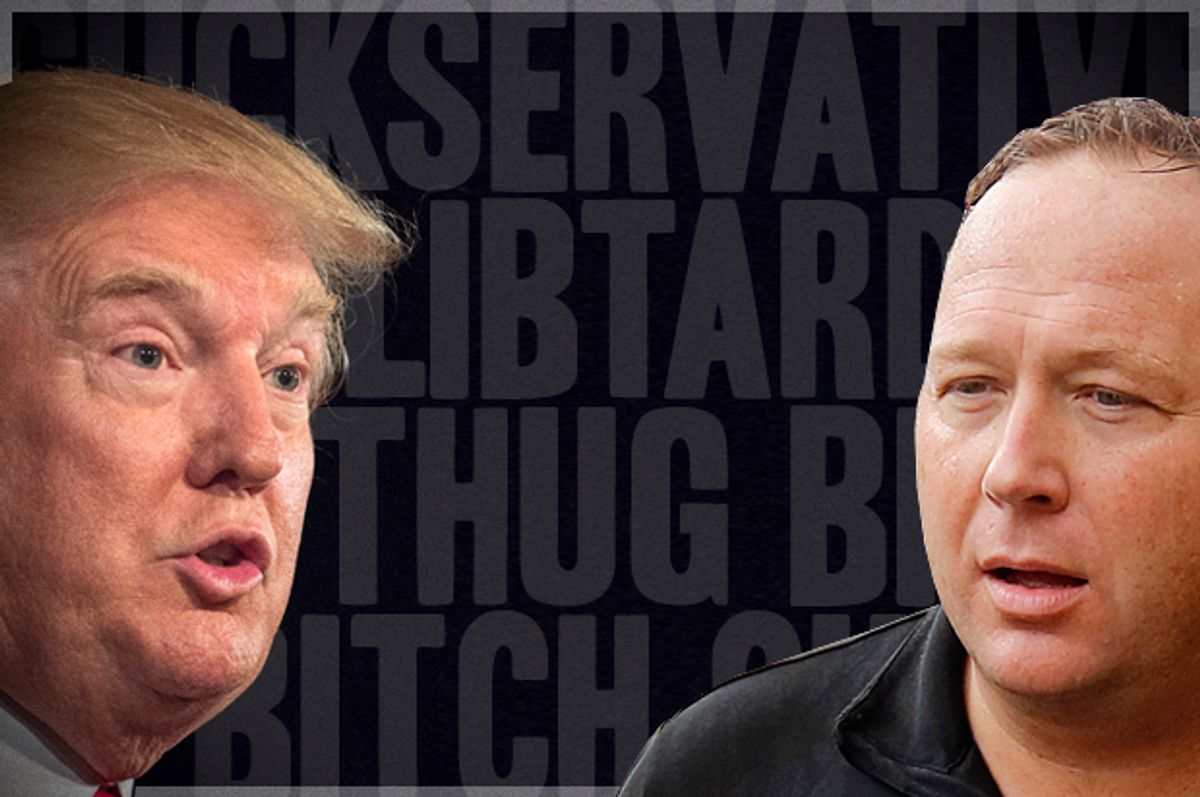 Linguist John McWhorter, a professor at Columbia University, is one of the most perceptive interpreters of the American language. He’s written about Creole tongues, profanity and race relations for much of his career. In the spring he got tangled in controversy when he spoke of the new racial connotations of the word “thug.”

We spoke to McWhorter about politics, forbidden words and how language changes over time. The interview has been edited slightly for clarity.

In the last week or so we’ve had the Republican debate, the end of John Stewart’s tenure on “The Daily Show,” the one-year anniversary of the shooting in Ferguson, Missouri, and the 50th anniversary of the unrest in Watts. Is language doing anything interesting these days as we try to describe these things? Is there a way it’s leading us astray?

Those events are all extremely disparate. What we’re seeing in many ways is that we live in an America where we think that there are words we call profanity -- "damn," "fuck," "hell" and "shit." And there are issues surrounding words like the N-word, or the F-word that refers to gay men, the B-word that refers to women. But the fact is, damn, fuck, hell and shit are now salty. Those words are not profanity – they are words we shield our children from until they are of a certain age. But that’s not what profanity is supposed to be.

What liberated those words from being forbidden? Because they were when we were growing up.

It’s what a society considers unexpressable or dangerous. So there was a time,  in the West, when that was religion. So “Oh, my God.” And notice that today, “Oh, my God” is not profane at all. Then, there is sex and excretion. That gets going long before the Victorians – it gets going in the United States in the Jacksonian era. So people get very prim about those things.

And that lasted up through my childhood in the ‘70s, when it really was profane to say "hell," "shit" or "fuck." Even for an adult, depending on the setting. For example, I myself and my wife use the word “fuck” all the time. And I don’t think anyone would say we’re particularly profane people. My parents were angry, hard-drinking people – they didn’t say “fuck” much; they said “shit” more.

What we really are afraid of in our society, and what we’re afraid of – and this is a good thing in many ways – is slurs against groups. Against racial groups, against women, pretty soon it will start with class. So today if a Martian looked at our society, they’d say, “These people have taboos, they have profanity…” But it wouldn’t be “shit” – it would be “n*gger.” So that’s where we are.

What it means is that in today’s debates, we hear all sorts of things said you’d never have expected. So Donald Trump – even if obnoxious in 1955 – would never have said something along the lines of, "You must be having your period.” That would be utterly unthinkable. He’d be asked to leave the planet. While today, he could pull something like that. It’s considered extremely rude, but life will go on. While if he’d called [Megyn Kelly] a bitch, we’d never see Donald Trump again. That’s because what we fear, what we value, what we want to stamp out of society is different.

So speaking of newer terms, we hear these words “libtard” and “cuckservative.” What do those tell us?

But what’s interesting about “cuckservative” is that could even become a popular term among a set of educated people. Once again, we’re not really worried about sex and excretion the way we used to be.

Now, “libtard” kind of pushes it, because to call someone a “retard” now is almost as bad as calling someone – I hate to even say the word – a “cunt” or a “bitch.” My impression is that “cuckservative” is getting around more than “libtard” and I think partly because it seems less cruel.

The fact that they’re being used, though ... Politics has a always been a dirty, nasty business -- but nobody in 1935 could have called someone a “cuckservative.” That’s because times have changed since then … Even in 1970 that would never have happened.

The Internet must have played a role in these words getting around in a way that’s different from the age of print.

It happens faster. The word "asshole"…. It only comes in in the [1960s] and then grew in the ‘70s; I’m just old enough to remember when it was fresh. Holden Caulfield, in “Catcher in the Rye,” calls people all kinds of things. But he doesn’t call anybody an asshole. That’s because the term didn’t exist.

I mention "asshole," because it took a while to catch on. Because today, if someone came up with that, it would be on the nation’s lips within three weeks. That’s because we have this machine.

Today, you’re always in your living room with the whole country – and that encourages speaking over writing (even if what you’re technically doing is writing). And that helps to coarsen the discourse from where it was even 15 years ago.

What you’re talking about – even though we’re typing this stuff – is a return to an oral society.

Very much so. We’re back in the village. How language starts is 300 people, living God knows where, who don’t have writing – they don’t know what writing is – and they’re talking all the time. That’s what human beings do. The idea that some human beings might curl up with something called a book, and engage it all by themselves – that’s very peculiar, and something that came around very late in the game.

So we’re back in the village, even if it’s a giant village. But when you’re talking, you’re coarse. All human beings are coarse. And so we’re just going back to what’s in a way a very primitive state … It doesn’t lend itself to reflection.

You spoke a few months ago about the way the term “thug” was serving as code for a kind of dangerous black man. Do you hear anything operating that way these days?

Boy, did I catch hell from that. I don’t think I’ve ever been more misunderstood. Usually I get kicked by the left, because I’m supposed to be a black person who says, “Calm down.” But this time, everyone hated me because they thought I was saying, “Every time you say the word 'thug,' you’re saying n*gger,” which was not what I meant.

The term "thug," which refers to certain outbreaks of violence, is used more when people are black than when they are white. There’s a sense that "thug" means not just a person breaking windows, and is uncouth, but is a certain black archetype. It’s not only white people who have created it -- black popular culture has created the idea of the thug as someone you have a grudging affection for. This was something enshrined by older rap iconography… There’s a little of this in “The Wire.” It’s taken on a certain racialized meaning… “A certain kind of black person is up to that again.”

Words have many shades and meanings as they move through time. But this is one of them – it’s become a racialized term.

And in the same way, “hipster” can be used to describe a kind of interloping white person. I think especially in gentrifying communities. I think of Spike Lee and the rant he gave when he was talking about people moving into Fort Greene – “these motherfucking hipsters …” There was a tinge of his saying “hipster” that meant “white people moving in.” George Jefferson would have said “honkies.” But the hipster [Lee] was talking about was not a black hipster.

So there are ways, these days, we can use racially tinged terms without pulling out taboo words.

You’re working on a new book. Can you give us a sense of what you’re writing and thinking about these days?

I’m working on a book about how the word is not something that is, but about something going on. The general public needs to understand that language is inherently always morphing. Whether the culture changes or not, whether we need new words or not – language is something that changes. The dictionary is just an artificial representation. And I was writing this long before the “thug” controversy.