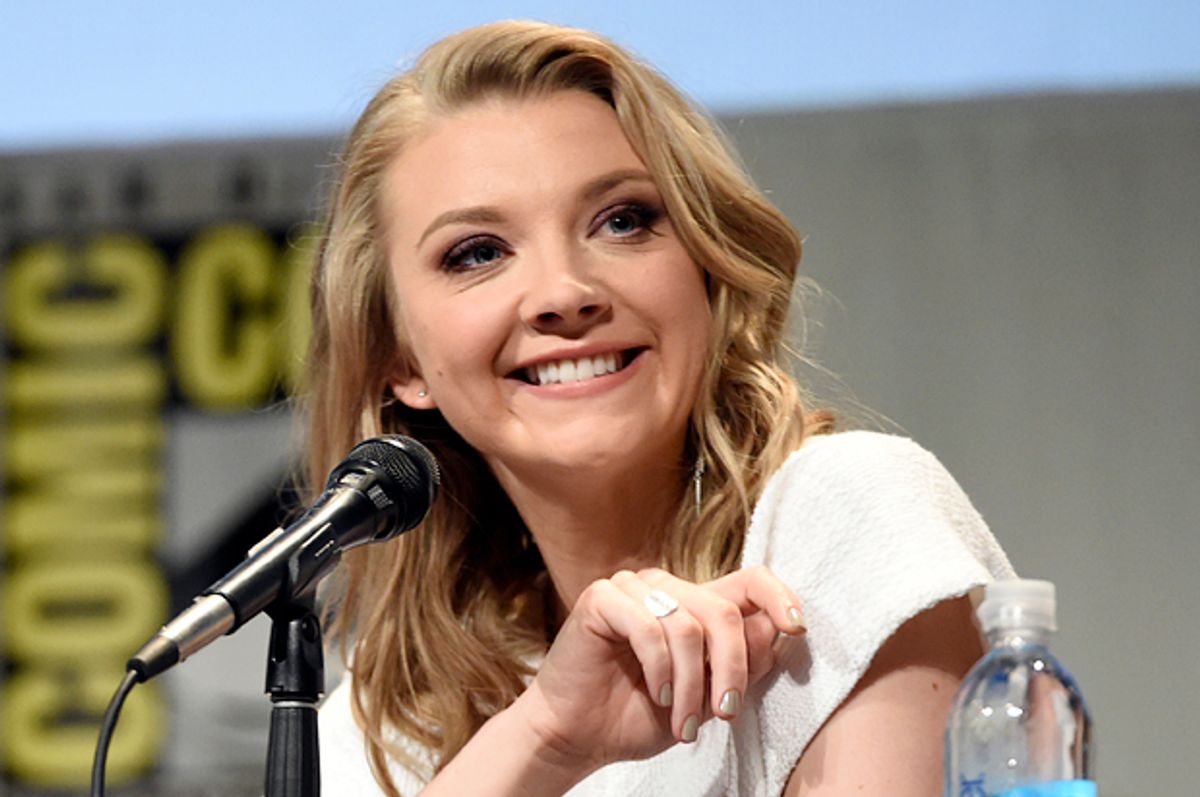 There has been a lot of talk lately about double standards when it comes to the objectification of female and male bodies in Hollywood, with Kevin Bacon imploring men to “free the bacon," Chris Pratt calling on Hollywood to "objectify men just as often as we objectify women," and pint-sized Wittgensteinian scholar Jack Gleeson (AKA King Joffrey on "Game of Thrones") praising male nudity on "GoT," saying "that is one good thing, to not just objectify women but also objectify the beauty of the male genitalia! We’re all objects together.”

In a recent interview, Gleeson's former "Game of Thrones" co-star Natalie Dormer also weighed in on the topic, telling the UK’s Radio Times that she doesn’t think that women on TV necessarily have it worse than men.

“My personal experience has been to work on phenomenal jobs in which the men are objectified as much as the women,” she said in an interview with Radio Times. "Actors suffer from it, too. Wasn’t there a thing about Aidan Turner in Poldark? It’s a visual medium, so to a certain extent you get judged on the way you look.”

While Dormer didn’t explicitly refer to “Game of Thrones,” in a seperate interview with the Telegraph, Dormer defended the fantasy show against the many criticisms about how it treats women, from gratuitous nudity to exploitative scenes of sexual violence.

“I think sex and romance is a huge part of human motivation,” she said. “So long as it’s informing the story then I don’t see what the problem is. Obviously no one likes gratuitous sex or gratuitous misogyny, the same way people shouldn’t like gratuitous violence. But I think ‘Thrones’ is quite good in that way. The violence is quite naturalistic. It’s not hyper-stylised. It’s not glamorised. And the sex is quite real and dirty as well. It’s about those raw, visceral qualities of human life that make good drama.””

Fair point — but when it comes to the question of freeing the bacon on “Game of Thrones,” we’re going to have to side with Anna Kendrick: