“Homeland” will deal with Putin and ISIS in season 5

Showtime president David Nevins says there is still “a lot of life left in ‘Homeland.’” 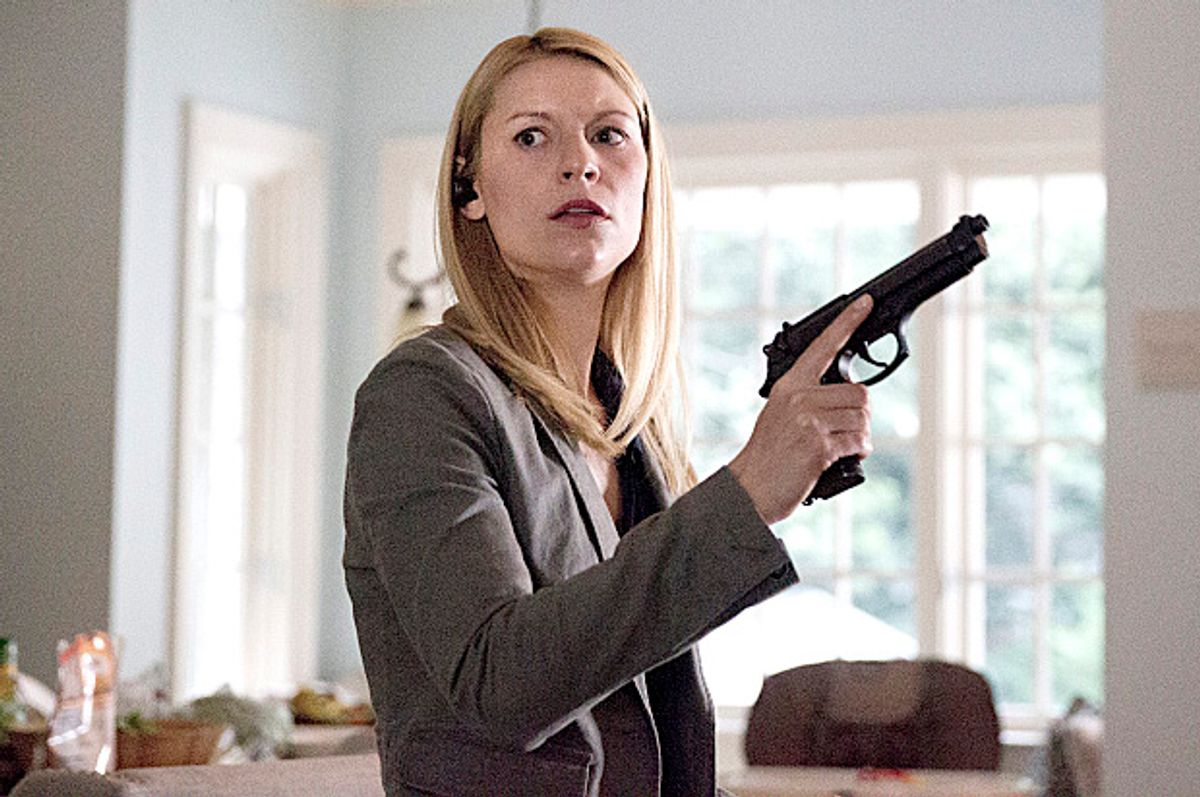 Showtime's onetime behemoth "Homeland" has been raked over the coals both critically and in the ratings department since the death of Claire Danes’ co-lead Damian Lewis at the end of season three.

But according to Showtime president David Nevins, there is still “a lot of life left in ‘Homeland.’” Talking to reporters at the Television Critics Association’s press tour yesterday, Nevins articulated exactly how the producers plan to revitalize the show — namely, by plucking Carrie’s traumas straight from the headlines (Carrie can see Russia from her house!)

“The first episode’s going to real deal with Russia, being right next to Russia," Nevins explained. "What’s Putin up to? What’s going on with this tricky relationship there?”

And despite showrunner Alex Gansa’s previous remarks that ISIS might be “too evil” to dramatize on TV, Nevins said that the show will address the conflict this season. “It deals with ISIS. ["Homeland" producers have] shown the ability to have a new fresh story. I feel like this story is a very fresh story. It’s themes, I think, will resonate with people. Charlie Hebdo. [NSA leaker Edward] Snowden. It’s interesting elements to this season that brings a lot of things together. As long as they keep it fresh, it’s a show that’s never the same season after season.”

We already know that season five picks up two years after the events of last season; According to Deadline, season five will find Carrie “in a self-imposed exile in Berlin, estranged from the CIA and working for a private security firm” as she struggles “to reconcile her guilt and disillusionment with years of working on the front lines in the ‘war on terror.’” But Nevins gave us a little more insight into the choice of Berlin as a location, telling Entertainment Weekly that they saw Berlin as a particularly fertile location in which to explore a number of key geopolitical themes.

It’s certainly a more compelling elevator pitch than the one Rupert Friend (aka Peter Quinn) recently gave, telling Deadline: “Certainly, this one we’re filming now is very much a do-over, again."