The 39th president, 90, says he will soon begin treatment 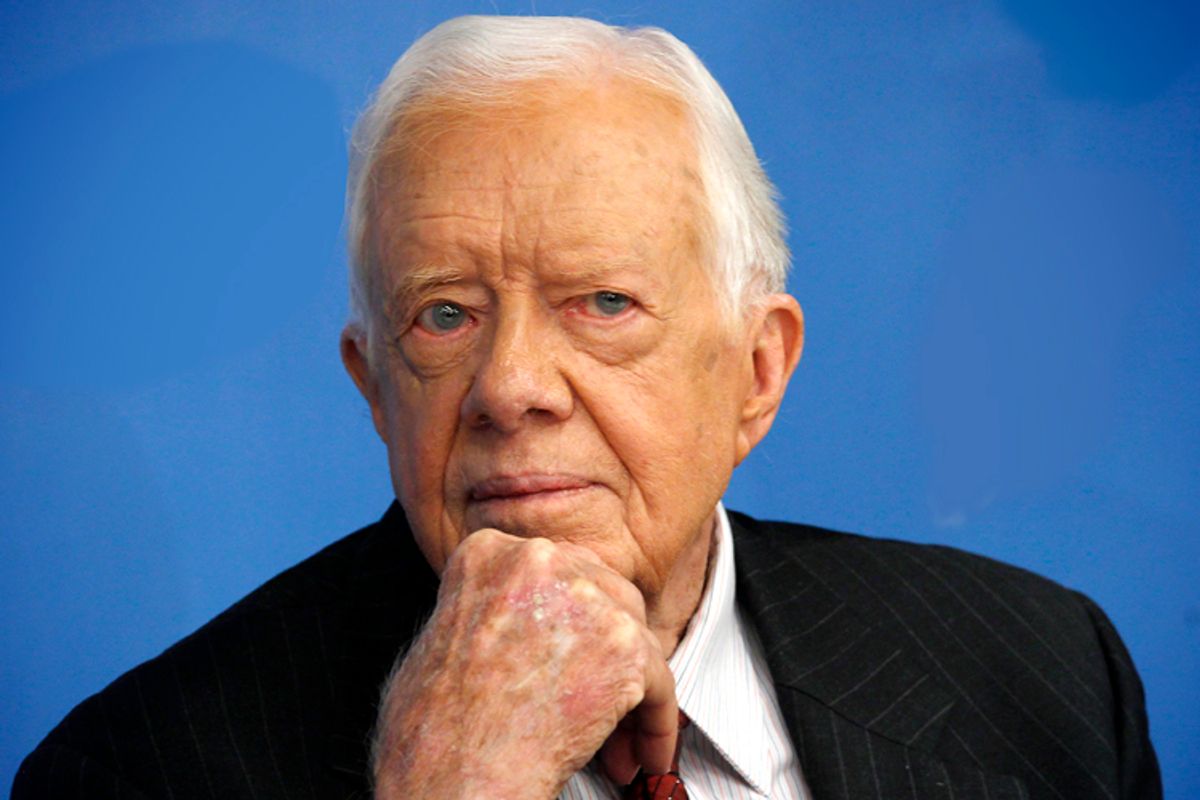 Former President Jimmy Carter announced on Wednesday that he has metastatic cancer.

Earlier this month, the 90-year-old Carter underwent liver surgery to remove what the Carter Center described at the time as a "small mass." In a statement released today, Carter said that the operation revealed "cancer that is now in other parts of my body."

"I will be rearranging my schedule as necessary so I can undergo treatment by physicians at Emory Healthcare," Carter added. "A more complete public statement will be made when facts are known, possibly next week."

It is unknown where Carter's cancer originated, but pancreatic cancer runs in his family, having claimed the lives of his mother, brother, and two sisters.

A peanut farmer-turned-politician, Carter served in the Georgia Senate and as governor of the Peach State before ousting President Gerald Ford in the 1976 election. Four years later, Carter dispatched a Democratic primary challenge from liberal Massachusetts Sen. Ted Kennedy, but lost his general election battle against Ronald Reagan.

Since leaving office in 1981, Carter has focused on humanitarian and international work through the Atlanta-based Carter Center. His post-presidency has lasted longer than any other, besting the previous record-holder, Herbert Hoover, who died 31 years after handing the reins to Franklin D. Roosevelt.

This year, Carter released his latest book, "A Full Life: Reflections at Ninety."