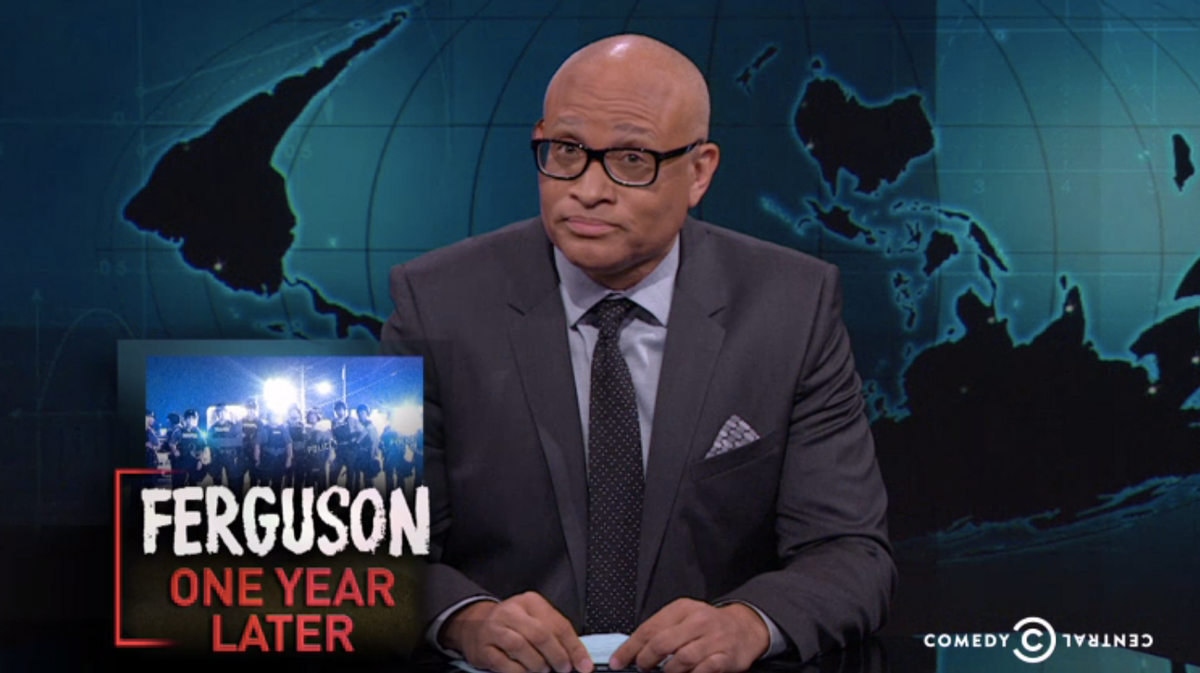 On Tuesday night's "Nightly Show," Larry Wilmore examined Ferguson a year later to see what cultural progress had been made -- and what had, sadly, remained exactly the same. "It's amazing how time flies when you're in constant panic over being shot by cops," he said leading into the segment.

In the progress section, Wilmore listed that finally the media -- Fox news, in particular -- was showing footage in which protestors weren't depicted as the "shooters" and "bad guys." "It's a big deal," Wilmore said.

As is customary for Fox News, though, every good thing has to be balanced out with something appalling. That thing for Wilmore was a recent O'Reilly Factor segment in which a black cop was brought onto the show --"Samuel Angry Jackson," Wilmore called him -- to declare that the media was, yet again, pushing forward a "false narrative" with the Black Lives Matter movement.

"I don't know how you do it, Fox -- it's like you keep these brothers in a room," Wilmore said.

More bad news: Wilmore found that the system continues to prey on African Americans and poor citizens; The system, Wilmore went on to show in a news clip, is still vigorously prosecuting protestors a year later for noise violations during the protest. Also, to date, 2,300 new arrest warrants have been issued.