R.I.P. Columbia House: Cheap, disposable music lives on, but the one club to which everyone could belong is finally broke 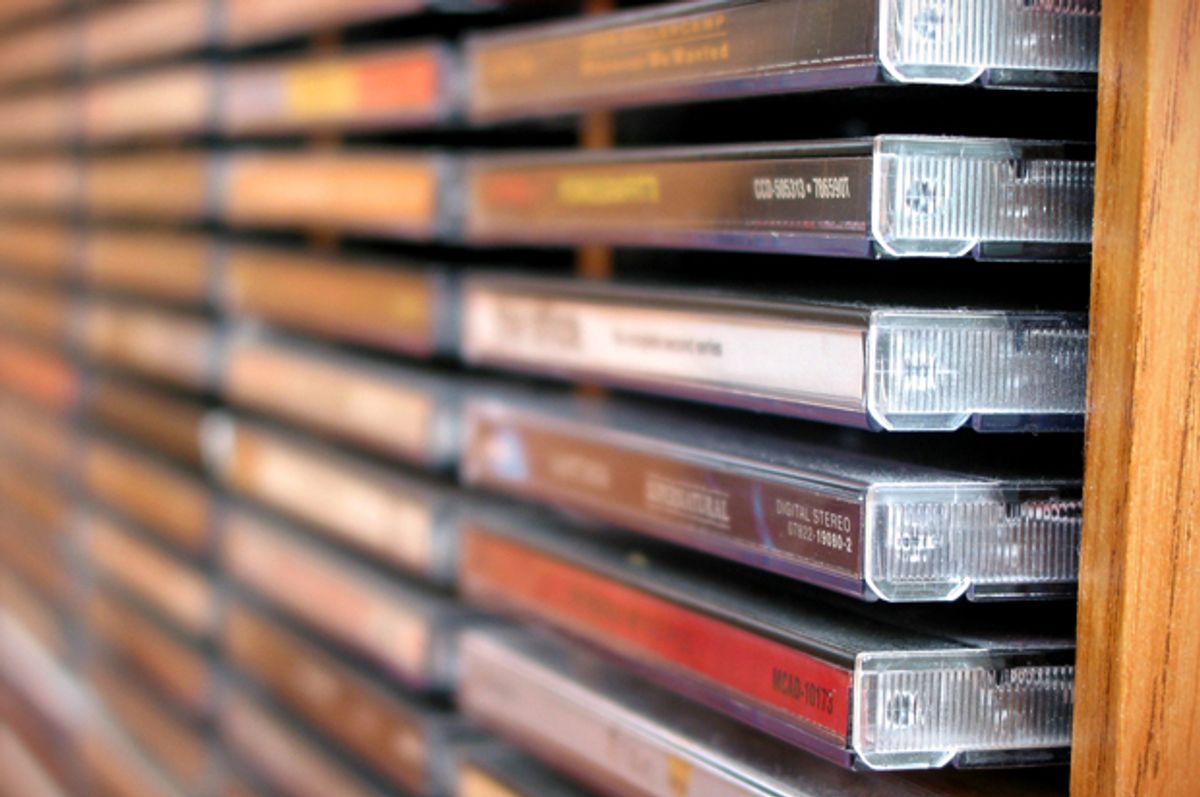 On Monday, the Wall Street Journal broke the news that the current owners of Columbia House had filed for chapter 11 bankruptcy protection. The court documents told a sad tale: The company, Filmed Entertainment Inc.—whose owner, Pride Tree Holdings Inc., had purchased Columbia House in 2012—currently has zero employees and $63 million in debt, and only $2 million in assets. Its net revenue in 2014 was just $17 million. Perhaps more revealing, however, was the fact that Columbia House—which for years was known as the place to order records, tapes or CDs at the bargain deal of (depending on the era and format) eight or 12 for a penny—still has a mail-order DVD club with 110,000 members.

The enduring staying power of Columbia House as a business entity was unexpected. However, the enduring legacy of Columbia House as a brand is completely unsurprising. For any rabid music fan growing up in the ‘70s, ‘80s and ‘90s especially, any mention of the mail-order record club likely conjures up fond memories. Lured in by the sturdy card-stock ads in the middle of magazines—which advertised the hottest new releases and catalog items alike, all rendered in microscopic print—you could join the club and order a stack of records for next to nothing. The catch? You merely had to buy a few more albums within a certain timeframe to fulfill the membership agreement.

The premise almost seemed too good to be true: You didn’t need a credit card or have to be a certain age to join, and these records would show up in the mail, no questions asked. Perhaps that’s why examples of gaming the Columbia House system became legendary, whether you signed up under a fake name (the more vulgar, the better), opened up multiple accounts using different addresses or simply didn’t pay for what you ordered. Forget to send back the postcard saying you didn’t want that month’s spotlight release (as I did many times, to the chagrin of my parents)? No problem: Write “Return to sender!” on the cardboard box and sheepishly shove it in a mailbox.

But all scamming aside, Columbia House was an incomparable, low-pressure way to explore music. Writing on Wired.com, Klint Finley perfectly summarized Columbia House’s appeal: “As a teenager living in rural Wyoming, the sort of music I wanted to listen to was hard to come by. And even with a generous allowance, at $15 to $20 a pop, building a CD collection was expensive. Without any way to preview an album before plunking down cash, each CD was a risky investment. That’s why Columbia House was so…amazing.”

In the early ‘90s, I didn’t yet have a driver’s license or any sort of income besides an allowance, but I was able to start a record collection thanks to Columbia House. I picked out seminal albums that made my junior high and high school years that much more bearable—to name a few, Nirvana’s "Nevermind"; R.E.M.’s "Murmur," "Reckoning" and "Out Of Time"; Pearl Jam’s "Ten"; and the "Singles" soundtrack. I pored over the monthly catalog in the mail, intrigued by highlighted selections and tantalizing offers of free CDs with a purchase. The possibilities were endless and almost paralyzing—after all, you didn’t want to choose a bad record for free, but you didn’t want to necessarily choose something safe, either. I treated these catalogs like gold, even though they were colorful ads: A few years ago, my mom found a huge stack of them I had carefully tucked away for safekeeping. As a kid whose personal identity was inextricably tangled up with musical preferences and bands, I cultivated my individuality via Columbia House.

The service even served as a gateway to more music consumption. Before my initial CH membership had expired, I joined the BMG Record Club, dazzled by their even-better free deals. (I re-joined BMG in college for another reason: to get snail mail and ameliorate my homesickness.) In hindsight, perhaps Columbia House’s status as a conduit was its biggest strength. The service was a great equalizer, a way for people who didn’t necessarily have cable TV, extra disposable income or a nearby record store to have the same access to music as others did. And it wasn’t exclusive, either: Thanks to their advertising omnipresence—and financial desire to sign up as many people as possible—Columbia House was one club to which everyone could belong.

In this way, Columbia House was a primitive precursor to today’s digital music landscape and its at-your-fingertips accessibility. (Albeit one with a waiting period, courtesy of the postal service, and no ability to preview audio.) The service did have its music catalog limits, but its selections had surprising depth—just like certain subscription streaming services—and it enabled discovery by featuring well-curated recommendations and highlighted offerings.

This digital comparison isn’t as far-fetched as it might seem. Earlier this summer, I interviewed four former employees for a The A.V. Club roundtable about what it was like working at Columbia House. Their insights both thrilled my inner teenage music geek and gave modern me plenty of food for thought. Unexpectedly, our conversation uncovered plenty of parallels between Columbia House in the mid-‘90s and the music industry of today. In particular, the pivotal moment where we are now with the dominance of streaming—and how it’s disrupted both revenue models and the old-guard regime and its ways of doing business—was strikingly similar to the business climate of two decades ago, when shifting consumer preferences and the looming influence of the internet befuddled labels.

These similarities, of course, are a function of the music industry’s resistance to innovation, as well as its penchant for reactive decision-making rather than proactive policies. However much of a bargain Columbia House was for consumers, its business practices were predicated on tenuous assumptions that physical media would be around forever. Plus, in many ways, Columbia House exacerbated the issues of creative devaluation that we’re struggling with today; it did nothing to dispel the idea that music is cheap and disposable, and artists were notoriously undercompensated despite selling millions of records through the club. Consumers benefitted from musicians getting screwed—an all-too-familiar tale these days.

Incredibly, rumors of Columbia House’s permanent demise are decidedly exaggerated. As part of the bankruptcy protection filing, Filmed Entertainment Inc. wants to try to sell off the club’s assets. According to The Wall Street Journal, there’s quite a bit of interest, to the tune of 20 prospective buyers; in fact, FEI “is currently in active discussions with at least one of them.” When all is said and done, Columbia House may yet live another day and end up as the cockroach of the media industry, alive and kicking long after tangible media ceases to be a dominant influence.