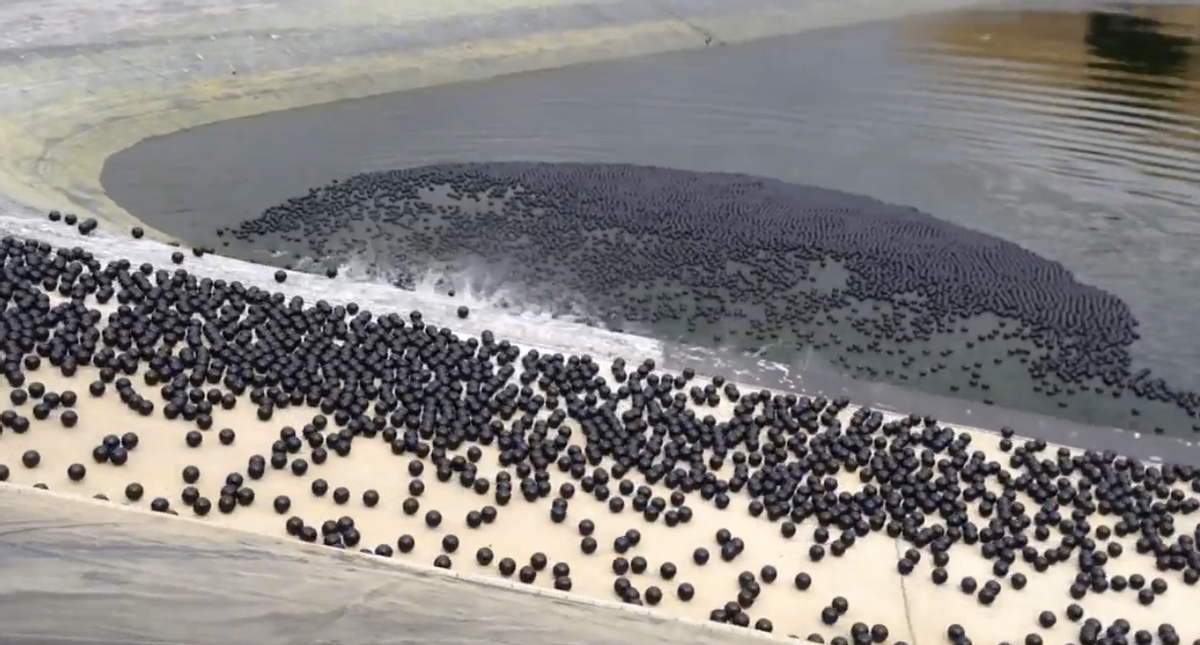 Los Angeles is attempting to engineer its way out further water shortages by transforming its reservoir into a giant ball pit.

The LA Daily News reports that the plastic, water-filled spheres, known amusingly as "shade balls," are being dumped by the millions into the city's reservoirs, as part of a $34.5 million project to protect water quality by blocking evaporation and pollution.

According to Councilman Mitch Englander, the 96 million shade balls, at 36 cents each, can prevent up to 300 million gallons of water from evaporating from the 175-acre Los Angeles Reservoir -- the equivalent of a year's drinking water for 8,100 people. The final 20,000 were dumped earlier this week, and are expected to stay in place for ten years. After that, they'll be recycled.

It's clever. It's relatively inexpensive. And it's fascinating to see in action: