The Senator has done an admirable job of reacting to BLM's criticism. But some of his fans have lost the thread 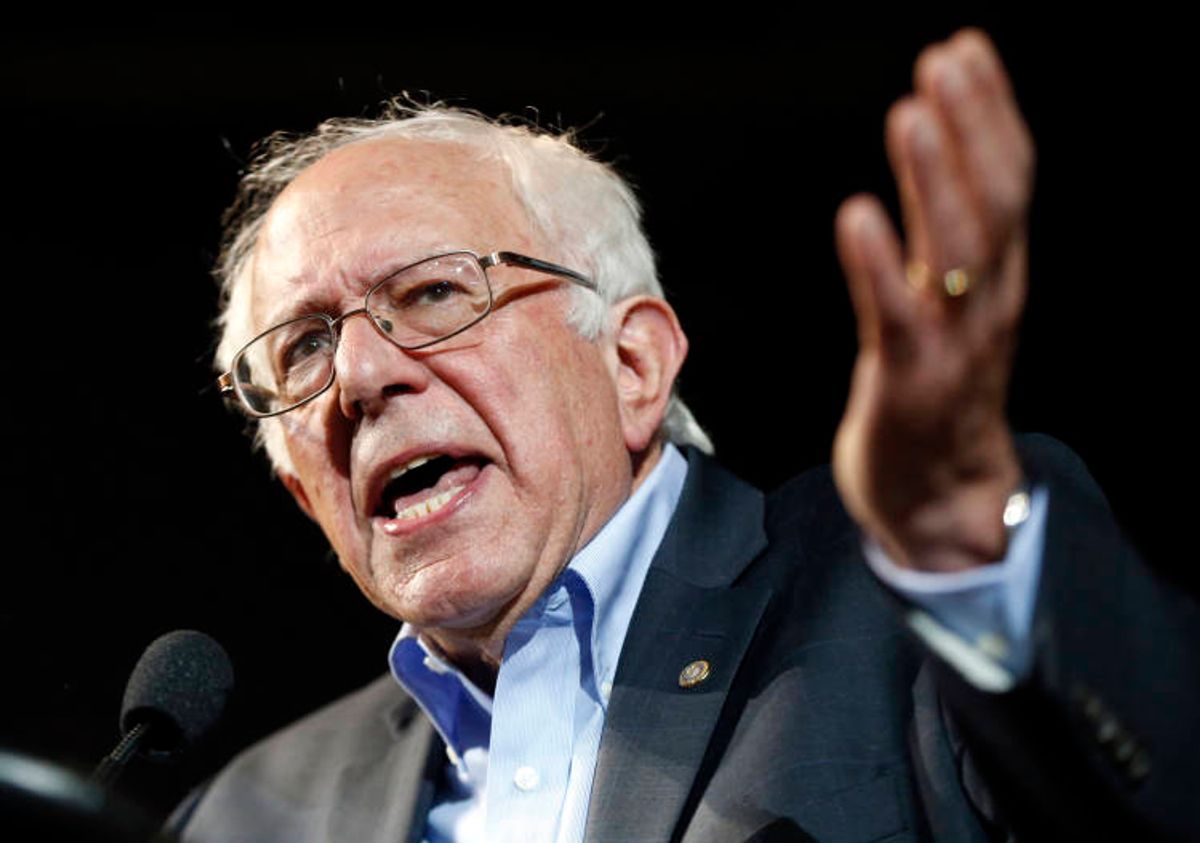 In this July 6,2015, photo, Democratic presidential candidate Sen. Bernie Sanders, I-Vt., speaks at a campaign rally in Portland, Maine. Sanders is packing 'em in: 10,000 people in Madison, Wisconsin. More than 2,500 in Council Bluffs, Iowa. Another 7,500 this week in Portland. The trick for the independent senator from Vermont is to turn all that excitement into something more than a summer fling.( (AP Photo/Robert F. Bukaty) (AP)
--

Last Sunday, August 9, activists affiliated with the Black Lives Matter movement took the stage from Bernie Sanders just as the candidate was preparing to speak at a Seattle rally. Condemning the largely white crowd of being “white supremacist liberals,” the protestors demanded an actual program addressing the crisis facing black communities today. The four and a half minutes of silence they demanded in memory of the murder of Michael Brown emphasized that anti-black police violence has continued unabated, whether or not Sanders marched on Washington in 1963.

In response to this critique, Sanders released a policy statement detailing the campaign’s support for racial justice. While perhaps easily dismissed as opportunistic, this misses the point of the politics of disruption. Focusing on Sanders’s supposed opportunism obscures the fact that Black Lives Matter has created this opportunity through a year of relentless direct action. By moving it’s disruptions from the streets and into electoral politics, Black Lives Matter has literally forced itself onto (and into) the campaign platform of a major Democratic candidate.

Sanders also hired Symone Sanders, a young African American organizer with the DC-based Coalition for Juvenile Justice. In an interview with Buzzfeed, Sanders (no relation to the candidate) discussed the how the campaign would approach its new racial justice platform. She made a crucial point that is easy to miss in the heat of a presidential campaign -- namely, that “racial inequality and economic inequality are parallel issues.” To say that these are parallel issues is to assert that solving one does not automatically solve the other.  It is perfectly possible to address economic inequality while at the same time preserving white supremacy. White supremacy and a robust welfare state are not incompatible. Indeed, they’ve been complimentary through much of U.S. history.

By calling out “white supremacist liberals,” these Black Lives Matter activists have challenged dearly held progressive beliefs. Ever since the Reagan years, progressives have sought to resurrect the good old days of the New Deal, seeing in each Democratic hopeful a new FDR. However, a nostalgia this powerful requires a profound racial amnesia.

The New Deal coalition of the 1930s passed landmark social legislation including the Social Security Act, the Fair Labor Standards Act and the Wagner Act – all of which shape today’s progressive agenda. However, it could only do so by harmonizing New Deal social democratic tendencies with the white supremacy of the southern wing of the Democratic Party. When Roosevelt was swept into office in 1932, Democrats took decisive control of both houses of Congress. Southern Democratic leaders, by dint of Congressional seniority rules, were catapulted to the leadership of both House and Senate. Using this newfound power, the defenders of Jim Crow refused to allow any New Deal legislation to pass until it was amended to exclude the bulk of African Americans from its protections. They did so by excluding from coverage the two categories of employment in which most African Americans found themselves prior to World War Two: domestic labor and agricultural work. As a result, black farmworkers and domestic workers could not form unions under the Wagner Act, could not collect Social Security and did not enjoy a federally mandated minimum wage.

In creating a welfare state for whites only, the New Deal put a powerful tool in the hands of the white working class giving it an ally during its midcentury transition to the American middle-class. White workers struck and turned to the Wagner Act to compel their employers to raise their wages. White workers contributed these wages into the Social Security system and drew on them to sustain them in their retirement. With a federally protected minimum wage and maximum hours, white workers were able to carve out time on the weekends to take their families to Funtown. While African Americans would eventually be able to draw on the benefits of this new welfare state, white Americans could rely on the federal government as an ally from the very beginning of the New Deal. As a result, legislation meant to promote and safeguard economic equality instead dramatically expanded the racial wealth gap in the decades following World War Two.

These sorts of exclusions from the protections of social welfare legislation predate even the New Deal. In the early 20th century, white southern progressives dramatically expanded the public education system in the South and they did so by relying on black taxes. In Atlanta, by 1913, black taxes had helped Atlanta pay for 38 grammar schools, two high schools and five night schools, none of which were open to black students. When black tax dollars weren’t enough, city leaders decided to defund schools built for African Americans in the aftermath of the Civil War. That same year, the city’s white progressive leadership budgeted the construction of eight new grammar school and four new high schools for white students, funding this expansion in part by removing the eighth grade from the city’s black public schools. Three years later, the city attempted to remove the seventh grade from the black schools to fund an additional expansion to the white school system. This second attempt was only stopped after ferocious resistance from the city’s nascent branch of the NAACP.

To acknowledge that “white supremacist liberalism” is not only possible, but has a long pedigree in the United States is not to dismiss social democracy as hopelessly compromised. It should serve neither as a justification to dismantle what remains of the New Deal nor as an excuse to continue the contemporary assault on the public school system. Rather, it is to insist that our freedom dreams be broadly inclusive and not built on the backs of the excluded. Should Sanders’s candidacy prove viable, we have an opportunity to avoid repeating the mistakes of the past. But, that will require a fight on two parallel fronts against both economic and racial inequality.

Jay Driskell is the author of "Schooling Jim Crow: the Fight for Atlanta’s Booker T. Washington High School and the Roots of Black Protest Politics."